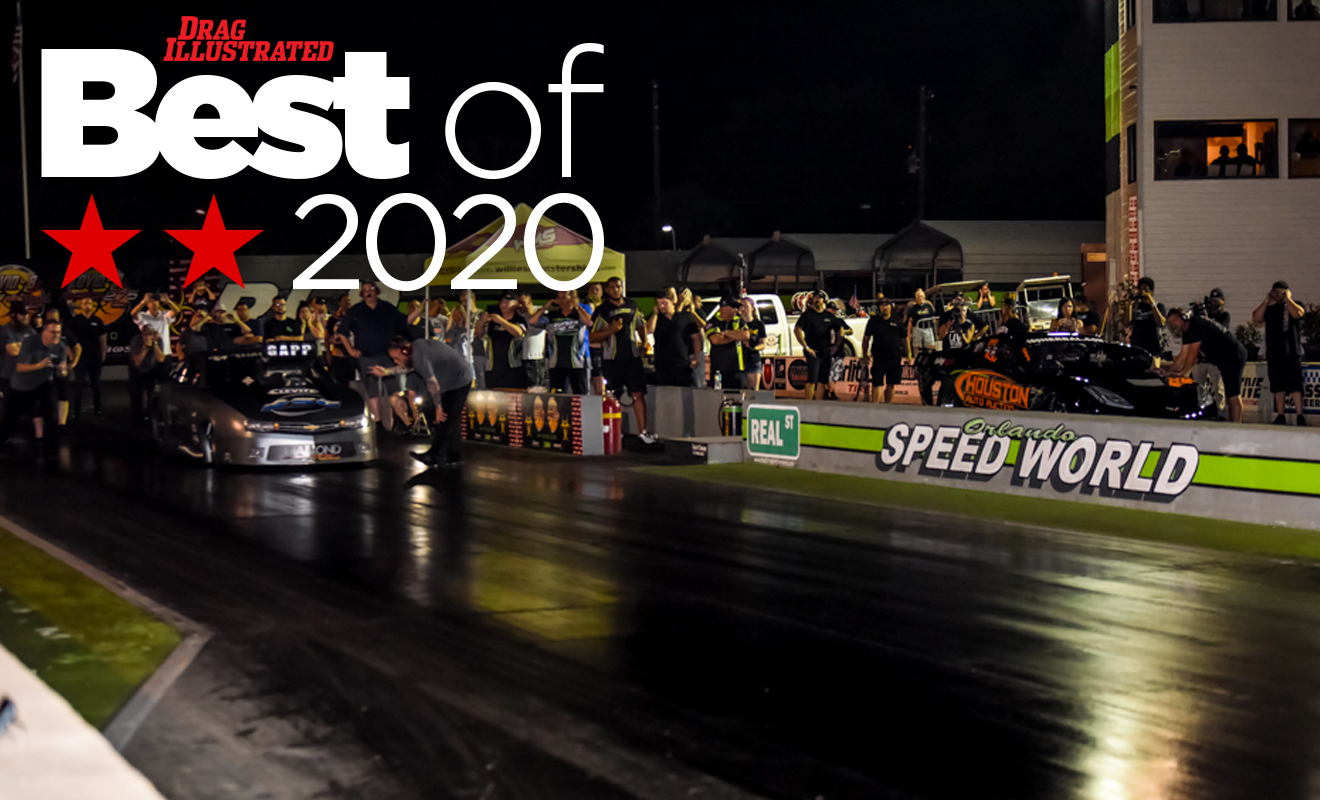 While major series and local tracks across the country were forced to hold less races during the 2020 season, polarizing drag radial race promoter Donald “Duck” Long and his Duck X Productions team managed to hold more races than planned this season.

It was a pretty remarkable feat, and it didn’t go unnoticed by racers like Stevie “Fast” Jackson, one of the most prolific racers in drag radial racing history.

“We have promoters like Donald Long and Ozzy and Maria (Moya) that are putting on these races, and I know they’re not making money on these races,” Jackson told DI’s Josh Hachat. “They are doing this for the health of the sport, and they need to be recognized as doing that, caring enough about our sport to stick their neck out there.

“We have a lot of families who depend on our sport going and running,” he continued, “and I appreciate those who stick their neck out and give us a place to race.”

The Duck X season started with Lights Out 11 at South Georgia Motorsports Park, happening Feb. 12-15, just before the COVID-19 public health crisis shut down most of the country in March. Jackson kicked off his whirlwind season with a win in Radial vs. the World, joining Manny Buginga (X275) and Russell McManious (Pro 275) as the headlining winners.

COVID-8, the first of Long’s two new events at Orlando Speed World Dragway, was one of the first post-shutdown races, May 22-23. It’s where Marcus Birt earned his first Radial vs. the World victory in his Jackson-tuned, Musi-powered Corvette. Roger Holder’s trip in from California paid off, as he won Pro 275 in his show-quality ’68 Nova.

“This win is definitely one of the highlights of my career,” Birt said. “Outrunning Stevie was the shit because he’s so damn good. He’s the best in the world and I’ve never seen anybody like him. It was really special. Everything just sort of came together.” 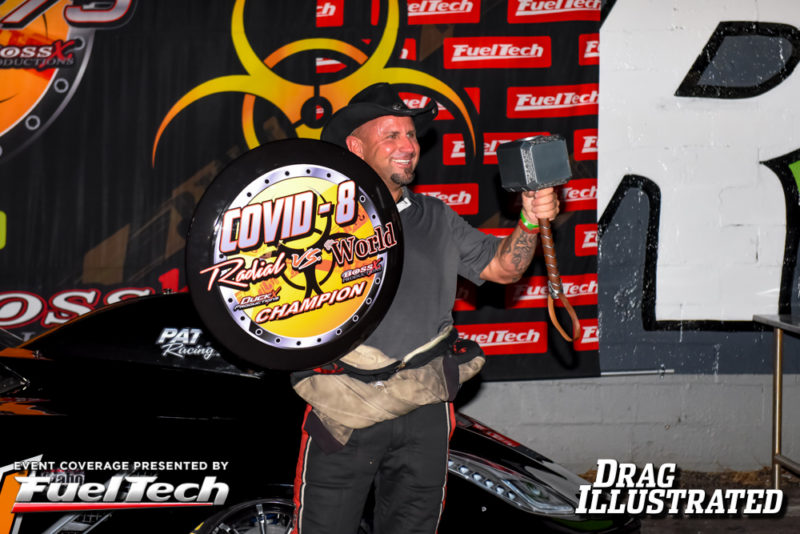 The Magic 8 shootout, also held at Orlando, followed on July 24-25. It was a Killin’ Time Racing show in Radial vs. the World, where Jackson defeated Birt in a blower vs. nitrous final round. Manny Buginga’s pair of Mustangs won in X275 and Pro 275, as Blake Copson earned his first DXP event victory in X275 and Eric Dillard won Pro 275.

“I’m proud of that,” Jackson said of the all-KTR final round. “It doesn’t get any better than that. When you roll up to the finals and it’s just your team in the finals, it’s very satisfying. As long as nobody else gets to leave with the trophy, I’m just as happy to see Marcus win as I am if I do.”

After taking off the hot, late summer months, Duck X Productions picked back up with Sweet 16 3.0, which was pushed back from its usual early spring date to Oct. 10-12 at SGMP. Grudge racing star J.R. Gray made his Radial vs. the World debut in a Stevie Jackson-tuned, Reese-built, nitrous assisted ’20 Camaro. He went on to win the event, defeating David Reese in a low-3.50s final round. Justin Curry (X275) and Tim Slavens (Pro 275) also won big.

“I used to watch this kind of racing on the fence, and I never thought I would have anything like this and an opportunity to race a car like this,” Gray said. “To pull this off and get a win, it’s just amazing. I’m never going to forget it.”

Most DXP racers remained on the grounds at SGMP for No Mercy 11, which kicked off the Wednesday after Sweet 16 wrapped up. Birt scored another Radial vs. the World event title, while Copson picked up his second X275 victory in Buginga’s Mustang. James Miron walked away with the Pro 275 win.

“We just slowly picked away at it each round and raced the opponent,” Copson said. “When it’s time to stand on it, they do, and that just goes with the learning and the chess game in racing. The car has been just effortless to drive, and it’s a dream to win these races.”

Long and team are already hard at work on the 2021 season, with Lights Out 12 set to kick things off Feb. 25-28 at South Georgia Motorsports Park.