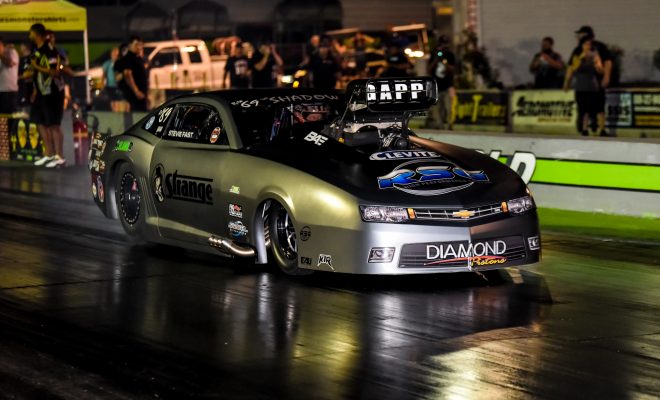 As Stevie “Fast” Jackson cruised to another impressive Radial vs. the World victory last weekend in Orlando, it continued the ongoing theme in the class of Jackson and his RvW tag-team partner Marcus Birt staying multiple steps ahead of the competition.

The duo has dominated as of late, sweeping all three major events in 2020, including Jackson winning Lights Out 11 and Birt grabbing his first RvW win at Donald Long’s COVID-8 race in May. Of course, they ruled a majority of 2019 as well, but Jackson wasn’t about to apologize for their performance and if it’s detrimental to RvW.

With Jackson impressing in his blown Camaro and Birt often stealing the show in his nitrous-powered Corvette that’s tuned by Jackson, some have left the class for Pro 275. It’s left RvW in a transitional state, but it won’t change Jackson’s competitive mindset or his drive to stay a step ahead.

“I helped build this class and this class and drag radial racing is my baby,” Jackson said. “It is not healthy for the same people to win all the time. We need other people and other teams to step up and start beating us or at least attempting to do that. The mass exodus out of Radial vs. the World is fueled by just more than us winning a lot. It’s really hard and it’s really expensive. What we need is some (teams) to step up and run cars where they belong, and figure out how to go faster than what they did five years ago.

“If you haven’t made progress in your program in five years and went faster than you did five years ago, 500 pounds lighter than you used to be, you’ve got to kind of look in the mirror a little bit.

“That being said, as a racer I’m not going to let anybody to defeat me for the health of the class. We do need people to step up. Radial vs. the World has always been an elite class and the car count we have now is largely dependent on economic factors. It just simply costs a lot to run one of these cars. But we’ve got fresh blood coming and we have people building new cars, and I’m optimistic about the future of the class.”

Jackson talked to Drag Illustrated about last weekend’s victory, the seemingly unlikely relationship he and Birt have formed, and what it takes to stay a step – or two – ahead in an extremely competitive class.

(You can also listen to the exclusive interview by clicking above) 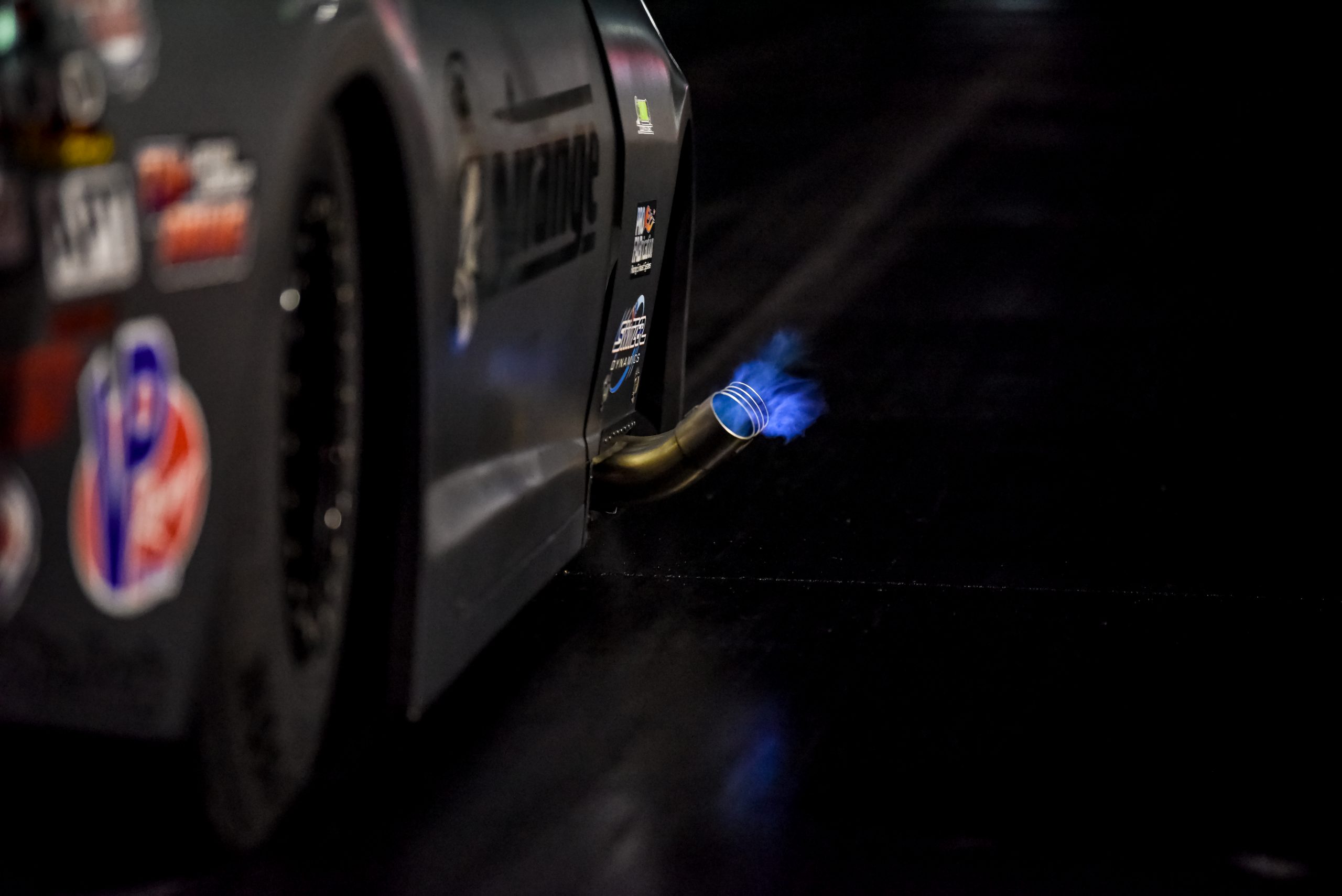 DRAG ILLUSTRATED: After agreeing to tune Marcus’ Corvette in RvW, you guys have become close friends. Of course, that preceded a long period of being bitter rivals. Could you ever predicted this happening?

JACKSON: It all comes down to respect and that’s how any relationship is formed. You can’t really be friends with somebody if you don’t respect them. We have, and I think not just in motorsports but in the world right now, we have a lot of misconceptions about what people are by how we hear about them, and how we read about them and the perception we have on the internet about how they are.

My dislike and disdain for Marcus Birt was about something I had read about him and something people had told me about him, and things that I had heard. When we used to grudge racing and we would try to rip each other’s heads off, we didn’t really know each other. I just thought he was an arrogant prick, and he thought I was an arrogant prick, and we just went at it.

When you get to spend some time with somebody, more often than not, you’ll find out they have a little bit more substance and character, and that 90 percent of the bullshit you read or hear about on the internet isn’t true. And you develop a respect for somebody’s work ethic, and I have a tremendous amount of respect for (Birt) and his team. Marcus is an ‘I’m going to do what I say I’m going to do’ type of guy, and I never have to worry about his word, and I try to surround myself with people like that.

DRAG ILLUSTRATED: You’ve made this look easy in RvW lately and this is a class anything but simple. What’s been the key to this incredible run of success?

JACKSON: It’s definitely not easy. I’ve always raced by the mantra, ‘Don’t ever let them see you sweat,’ so what appears to be an effortless performance is coupled with a tremendous amount of work behind-the-scenes to make it look seemless when you get to the track. Ninety percent of winning is done at the shop, so when we show up and run like we have the last several outings, it’s just because we’ve been working hard.

It takes a group effort, a lot of smart people to do this. Racing this time of the year is hard in a radial car. It’s hot, it’s tough to make any power and you really have to change a bunch of stuff to run well. 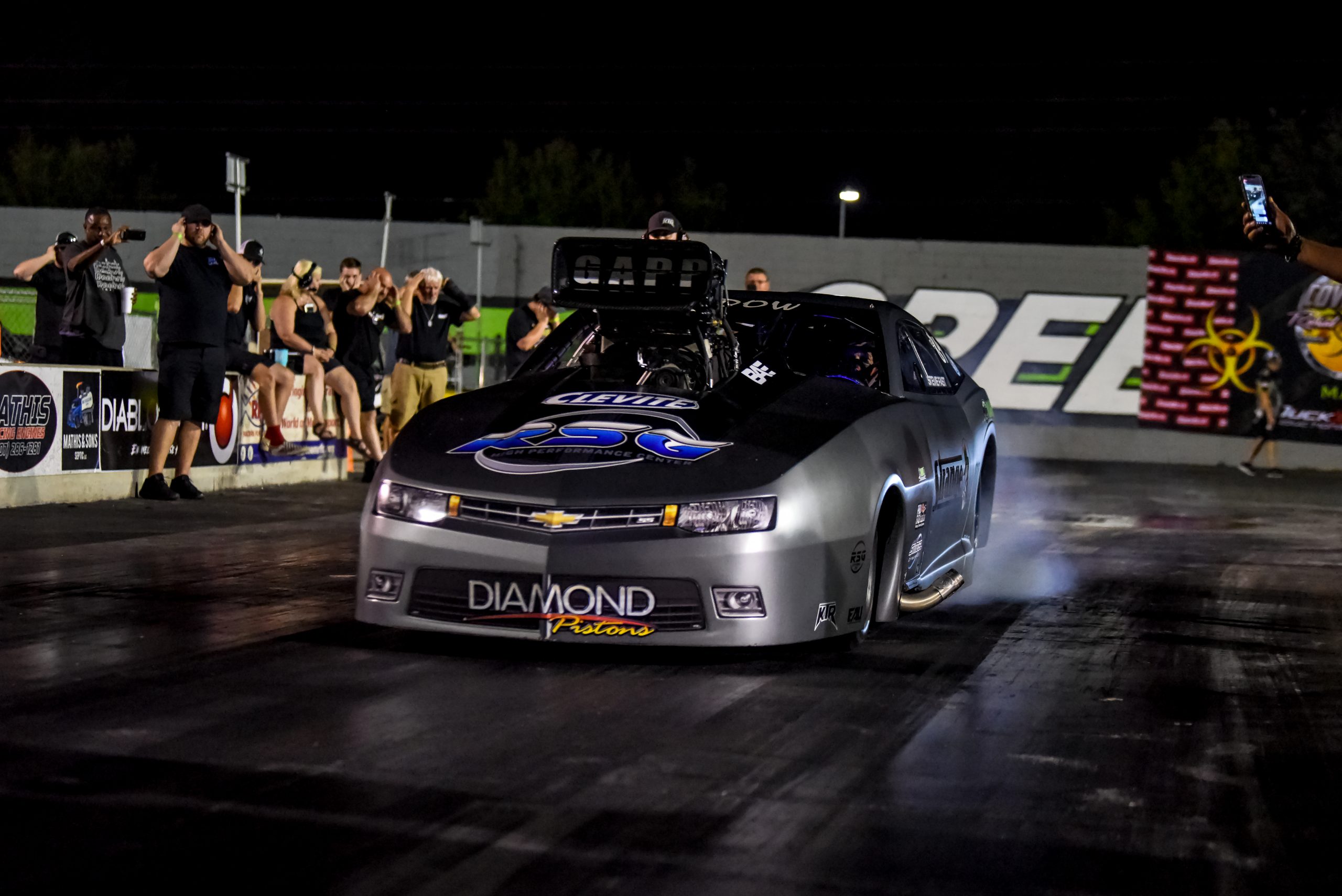 DRAG ILLUSTRATED: The conditions last weekend in Orlando weren’t conducive for a blower car, yet you qualified No. 1, made clean runs every time and ran well when it mattered. How did that happen?

JACKSON: I felt like I had my tail whooped the last two races out here. With the air conditions the way they air, the nitrous car runs really good and the blower car struggles. The nitrous car has just been running good and it had been kicking my butt, too.

I don’t know what you could do to that thing to make it run any better in the final. I always run it really hard, but that was one of 3-4 runs we’ve ever made where it was a complete kitchen-sink, know that it’s going to be able to run again, blow-it-up runs. We destroyed everything in that thing from front to back during that run.

There was so much smoke in the car by the 330, I made the entire run looking at the retaining wall, and I just maintained my distance from that wall to know where I was on the track. I did not see where I was going until I after I had turned off the race track.

Things you have to do to make the engine make power in this air, you have to undo when the air is good. When you’re really doing your job, you shouldn’t run much different. Yes, it’s going to faster, but it just shows we’ve made a lot of good engine and supercharger decisions to run it like this in bad air. 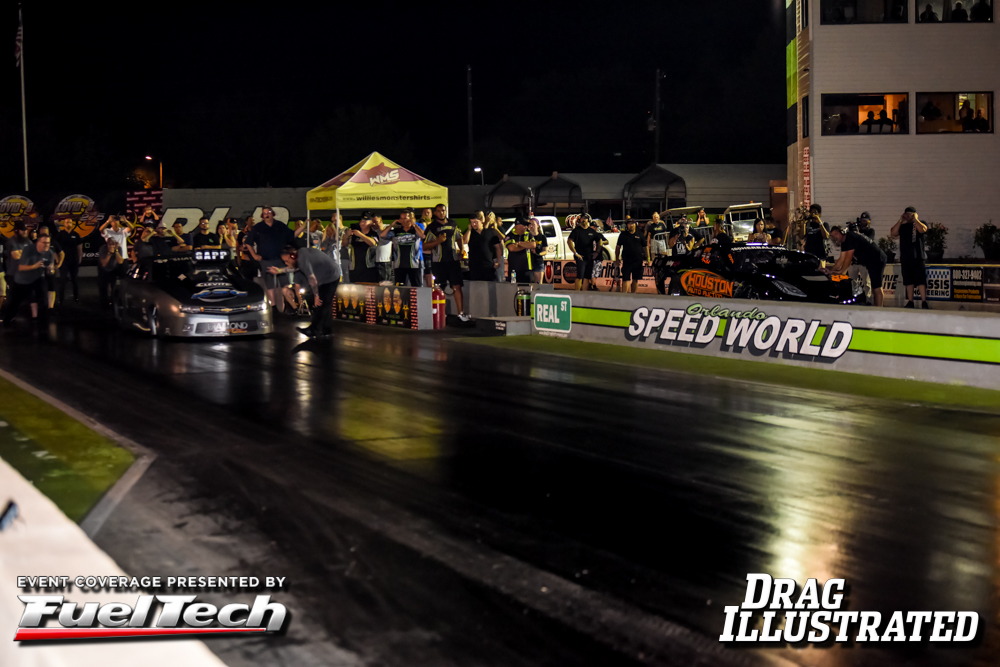 DRAG ILLUSTRATED: It’s such an interesting dynamic when you and Marcus meet in the final, as you’re driving the car against a car you’re tuning. At the same time, how meaningful is it to have matchups like that in the championship round?

JACKSON: It’s just the perfect storm. Rarely in motorsports do you get this combination where you have two cars that are tuned by the same team and absolutely race each other. I’m very proud of the fact that every time me and Marcus go up there, it’s me against (tuner) Billy (Stocklin), and it’s me against Marcus, and we both cars as hard as we can.

I’m proud of that. It doesn’t get any better than that. When you roll up to the finals and it’s just your team in the finals, it’s very satisfying. As long as nobody else gets to leave with the trophy, I’m just as happy to see Marcus win as I am if I do.

DRAG ILLUSTRATED: It’s been such an unprecedented year, but a lot of people have pushed forward and the result is races like this. How important has that been?

JACKSON: We have promoters like Donald Long and Ozzy and Maria (Moya) that are putting on these races, and I know they’re not making money on these races. They are doing this for the health of the sport, and they need to be recognized as doing that, caring enough about our sport to stick their neck out there.

We have a lot of families who depend on our sport going and running, and I appreciate those who stick their neck out and give us a place to race. 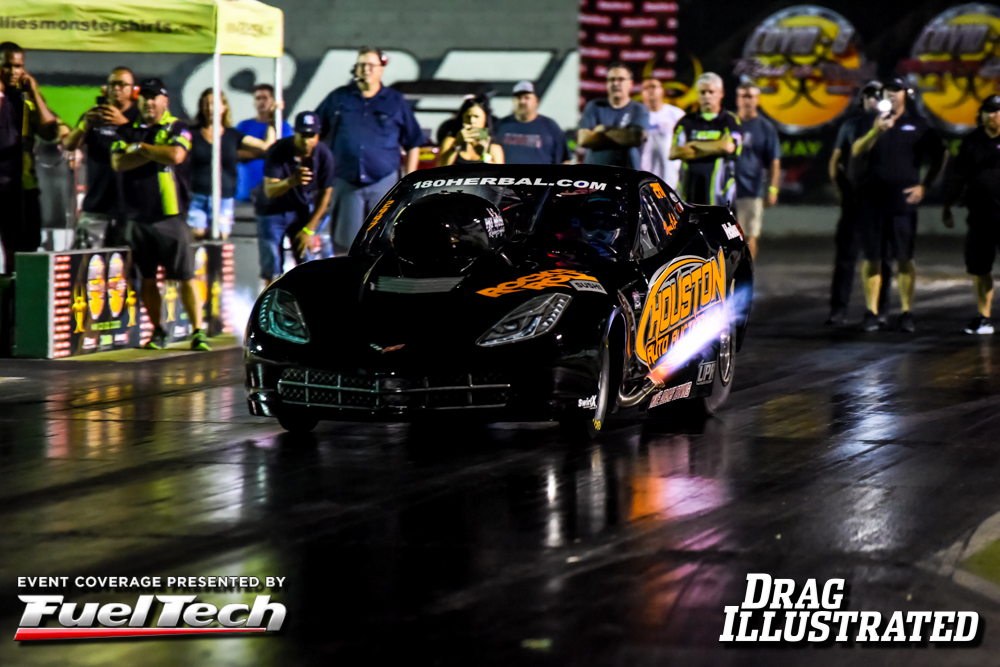