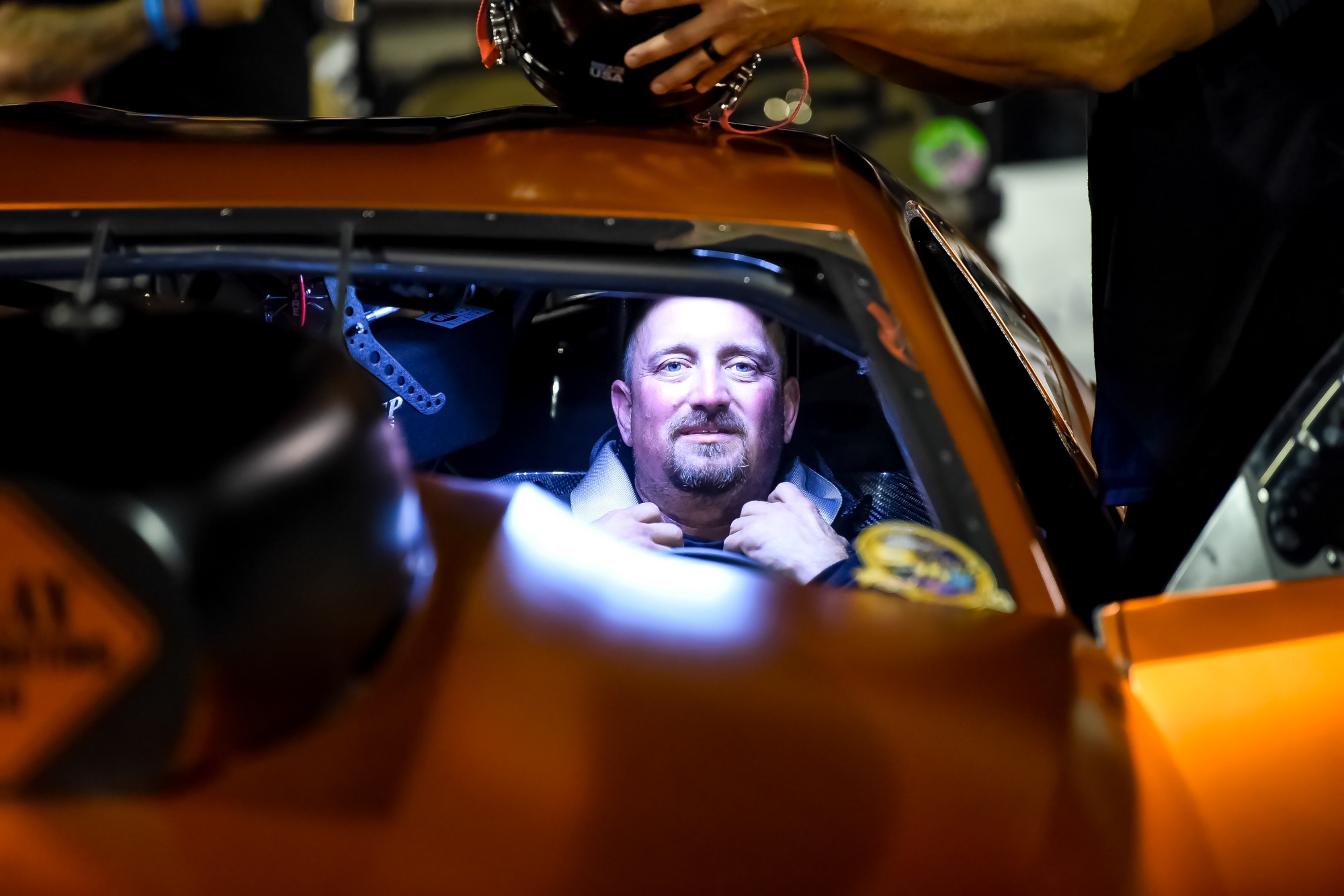 In the moments following his thrilling Radial vs. the World victory at “Sweet 16 3.0,” early Tuesday morning, J.R. Gray couldn’t help but think of his late father and grandpa.

The memories of the time spent growing up with them at the dragstrip — particularly at Orlando Speed World Dragway – came flooding back to Gray, who honored them in spectacular fashion by winning his debut RvW with an unbelievable showing in Valdosta.

Gray was remarkable on the starting line, beating David Reese on a holeshot in the final round, running 3.542-seconds at 207.18 in his Reese Brothers Racecars, Musi-powered nitrous Camaro to claim the $70,000 prize.

“I used to watch this kind of racing on the fence, and I never thought I would have anything like this and an opportunity to race a car like this. To pull this off and get a win, it’s just amazing. I’m never going to forget it,” Gray said. “I grew up at the drag races and I was always at the track with him and my grandpa. I was definitely thinking of them and it was really emotional. It’s hard to think that it’s even real.”

Gray, who remains one of the biggest names in the no-time and grudge racing scene, may be living the dream after his triumph at South Georgia Motorsports Park, but he’s definitely not dreaming.

He put together the quickest 1/8-mile run in nitrous history in the final round, with it oddly enough coming against Reese, who built his stunning new Camaro.

It was listed as $70,000, but thanks to some considerable side bets, Gray estimated it was more like $85,000, which made the victory even sweeter.

“I’ve got a big grudge following and one of my partners started betting everybody. It worked out pretty well for us,” Gray said. “We were either going to be a winner with a blown up car or a loser with a blown up car. Going into the finals, I was stoked. I was happy it was No. 1 versus No. 2. David definitely deserves a win, but I was glad to take this one.”

Just as big was Gray’s showing on the starting line when it counted, as he posted reaction times of .007, .023 and .021 to pick up the landmark win.

“My lights were pretty good and I told my team, this is my style of racing, one-on-one with big money on the line,” Gray said. “That’s my style, ‘This will be the last pass this motor ever makes.’ I love it. I love the pressure and I love I had to perform on the starting line. All that’s really exciting.” 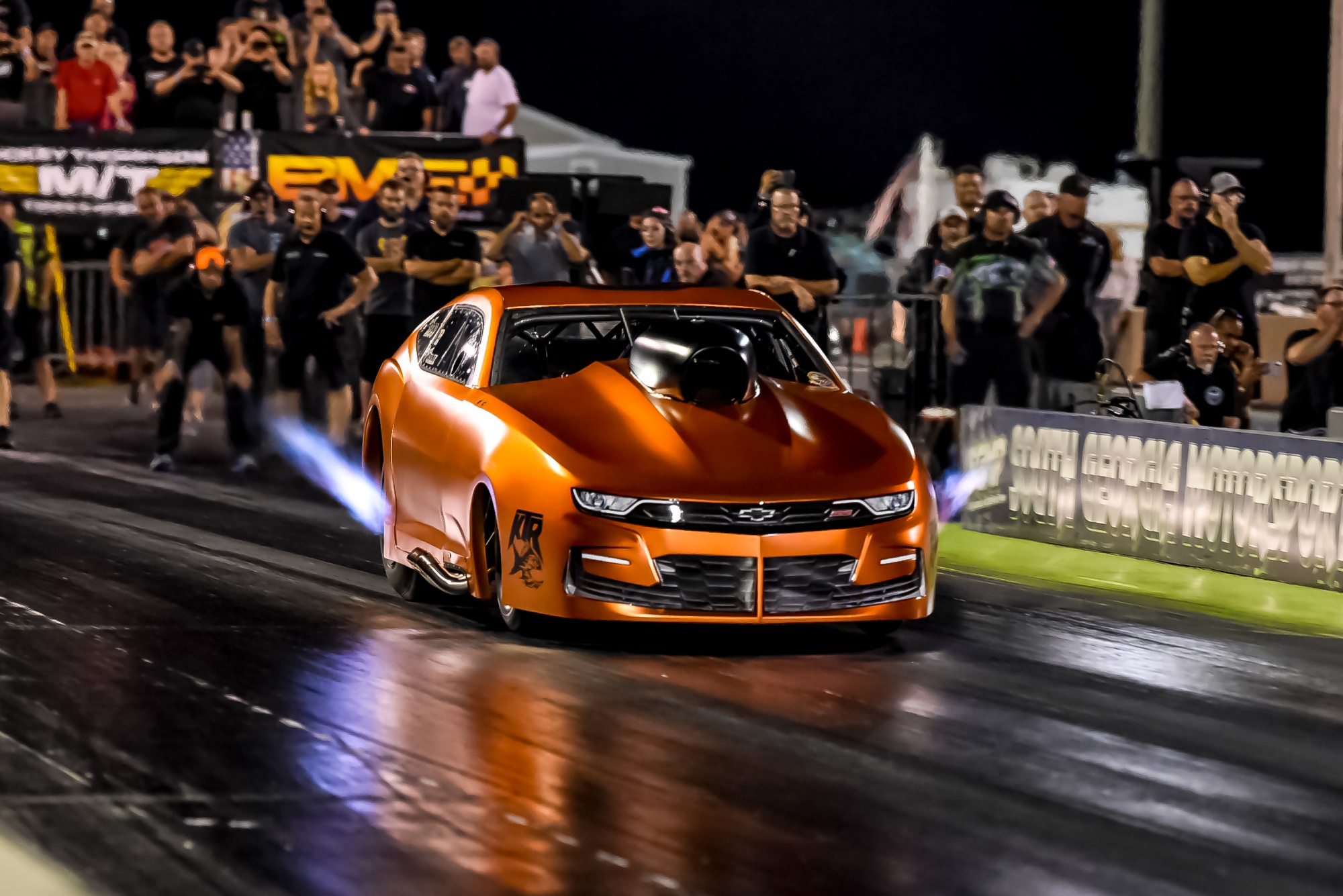 Still, not many could have predicted Gray would have such a resounding impact the first time racing in RvW’s elite class with a group that included Jackson, Reese, Melanie Salemi, Marcus Birt and others in Valdosta.

The car had a single run on it — yes, one total run — when it entered the gates at SGMP. It took some time to find consistency, but doing it in the course of one pressure-packed weekend was a tribute to Jackson and Gray’s team.

It was a work of genius that wasn’t lost on the popular, fan-favorite grudge racer.

“Stevie, he’s amazing. He’s just good at so many things with a race car,” Gray said. “He’s taught me so much the last several years. It’s just a dream team to me, having David and Stevie work together on this car. Who comes to an event with the fastest cars in the world having only made one it. But we just chipped away at it, and to break the nitrous world record in the final round, it was just amazing.”

Jackson joked the team “needed 30 more days” before the event, but Gray and company quickly proved to be well ahead of schedule.

Gray also can’t help but think what the future could hold after such a dazzling start.

The immediate future will be at SGMP for this weekend’s No Mercy, and Gray sees no reason why things just can’t keep going forward. He’s eyeing re-setting the nitrous record — possibly dipping down to 3.53 if all goes right — remaining a force on the starting line and, well, more final-round celebrations.

“My immediate reaction (Tuesday) was just excitement,” Gray said. “Now we’ve got a lot of work to do to get ready for No Mercy. But you know what’s better than one win? Back-to-back wins. We’ve got this ball and hopefully we can keep it rolling.” 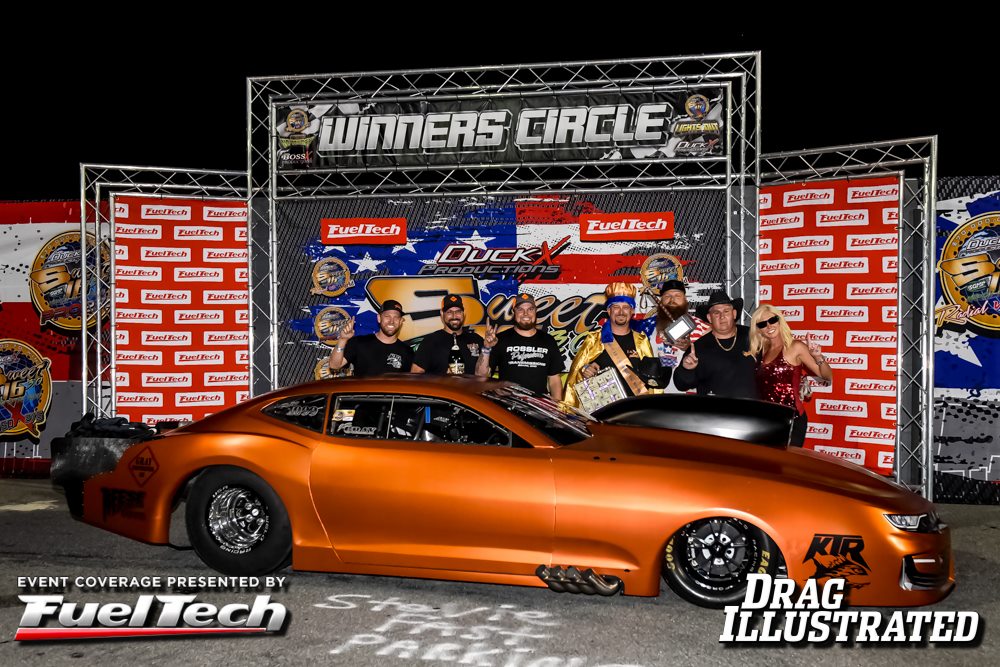