There’s been plenty of soul-searching for Tim Slavens and his team through what had been a difficult year up until last weekend.

But after a major breakthrough at “Sweet 16 3.0” at South Georgia Motorsports Park, good luck trying to wipe the smile off the face of Slavens, Joe Oplawski and Mark “Tydo” Werdehausen, the trio who’ve helped bring impressive notoriety to the famed steel-bodied Camaro.

Tuesday marked the biggest and most important moment for them, as Slavens earned his first major victory on radials, beating radial pioneer Mark Micke in the Pro 275 final in Valdosta. In a year that’s included frustration, a pandemic and a class change, Slavens can now say it includes arguably the biggest win of his career.

“I’m on cloud nine. I’m still pinching myself,” Slavens said. “I’m so ecstatic about the win, but the guys do 99 percent of the work. For them to get some gratification and satisfaction from this victory, that probably means more than anything.”

After coming so close to winning one of the major Radial vs. the World events in recent seasons, this year had been like a punch to the gut.

The wildly-popular steel-bodied Camaro struggled mightily at Lights Out 11 in February and then the COVID-19 pandemic hit. With Pro Mod-style cars in RvW continually pushing the envelope — and now on the verge of running 3.40s – Slavens and his team wondered if staying in the class made sense. Trying to take weight out wasn’t working and staying in the 3.70s wasn’t going to put a dent in RvW.

They once held the record in the class, but Pro 275 seemed like the perfect fit for the car. Another ragged test session in Texas in the RvW set-up cinched the deal, and the move to Pro 275 was in motion.

Slavens and the team made good progress at the Shakedown, and that momentum carried over to Valdosta and the “Sweet 16.”

He qualified sixth with a strong run of 3.822-seconds at 207.85 mph, as the Camaro found its sweet spot in the class, despite still weighing 2,950-pounds, or about 50 over the minimum weight.

Then, things started to go in Slavens favor, which was a far cry from the crushing breaks he had suffered at previous events like Lights Out and No Mercy. This time, he only made one full pass in eliminations, that being a 3.870 at 207.56 in the semifinals.

Micke broke on the starting line before the finals and Slavens clicked it off early, but it surely didn’t take away from how special the moment was.

“It was kind of like a burden had been lifted off our shoulders,” Slavens said. “It was super gratifying and proved we belong here and have earned our right to be here. We don’t run the traditional big-name packages and things like that, so it feels good for our guys to have something that runs in the front of the pack.”

Slavens is also the latest to laud where the Pro 275 class has gone in the past year. It’s become the hottest radial category by far, and Sweet 16 was the latest example. A huge amount of entries were on the property — something Slavens expect will repeat itself this weekend for No Mercy – and the field enjoyed its first 3-second field, with James Miron qualifying No. 16 with a 3.912.

It meant only .135 separated the field, a sign that the class is in incredible shape.

“The class is just super impressive. When you take a group of cars as wild and crazy as these, with all the combinations and weight packages and have it be that class, that’s impressive,” Slavens said. “They’ve done a great job with the parity.”

Next up for Slavens is trying to follow up his massive victory with another in a matter of days at the same location.

They are still searching for consistency — something they’ve prided themselves on over the years — and the goal is to dip into the 3.70s for the first time as well in Pro 275 trim. From there, Slavens has one other goal for No Mercy.

“I hate to put it this way, but it’s to not look stupid,” Slavens said with a laugh. “Getting into the 3.70s is the obvious goal and then it just becomes a consistency thing. We have to continue to run our game. We’re never going to be the home-run hitter, but if we can chip away at it, we can be a consistent car that goes down the track.” 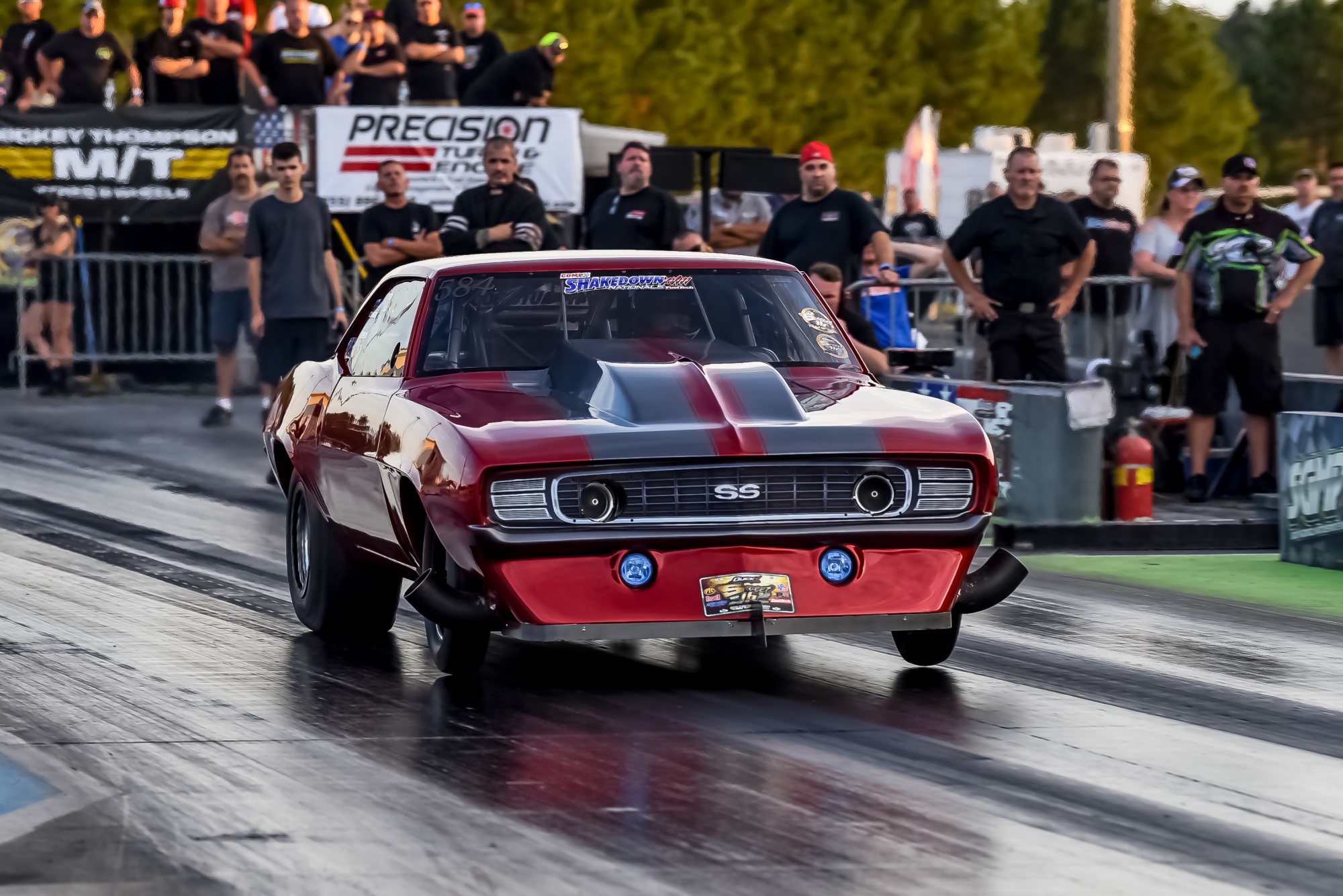