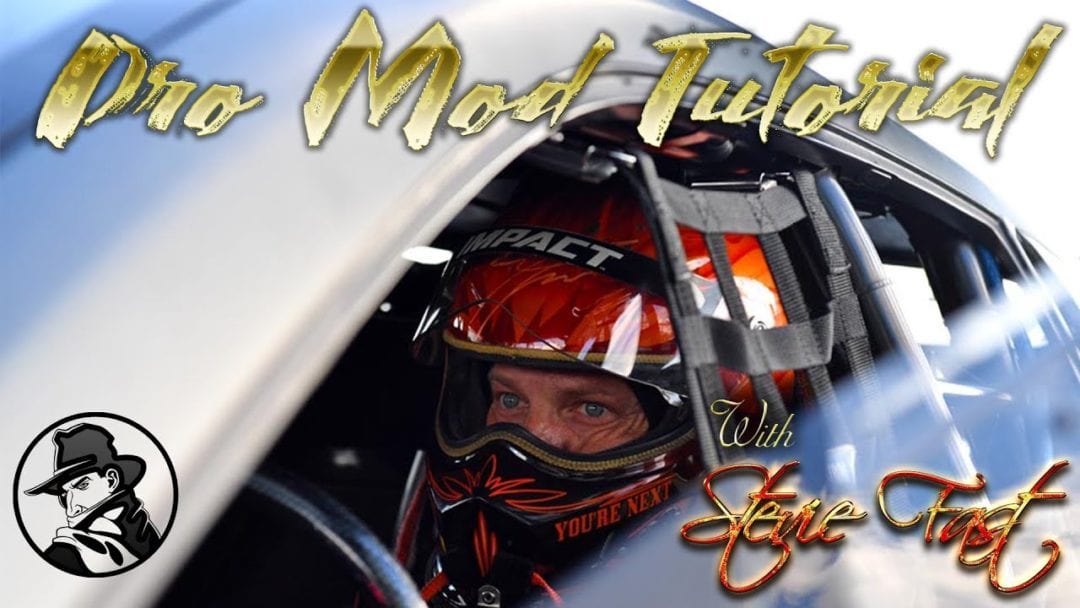 In this new video, drag radial-slash-Pro Mod star ‘Stevie Fast’ Jackson walks viewers through a quarter-mile pass in the infamous “Shadow 2.0” 2015 Chevrolet Camaro, which he campaigns in NHRA Pro Mod, Radial vs. the World and outlaw Pro Modified events.

It’s an incredibly in-depth explanation of what’s going on inside one of these supercharged, methanol-chugging monsters from the time the starter spins over until the car pulls off the end of the track.

The 2017 NHRA Pro Mod Rookie of the Year even goes into detail about his own personal habits and mindset when he’s competing in cutthroat races like the World Series of Pro Mod and NHRA U.S. Nationals.