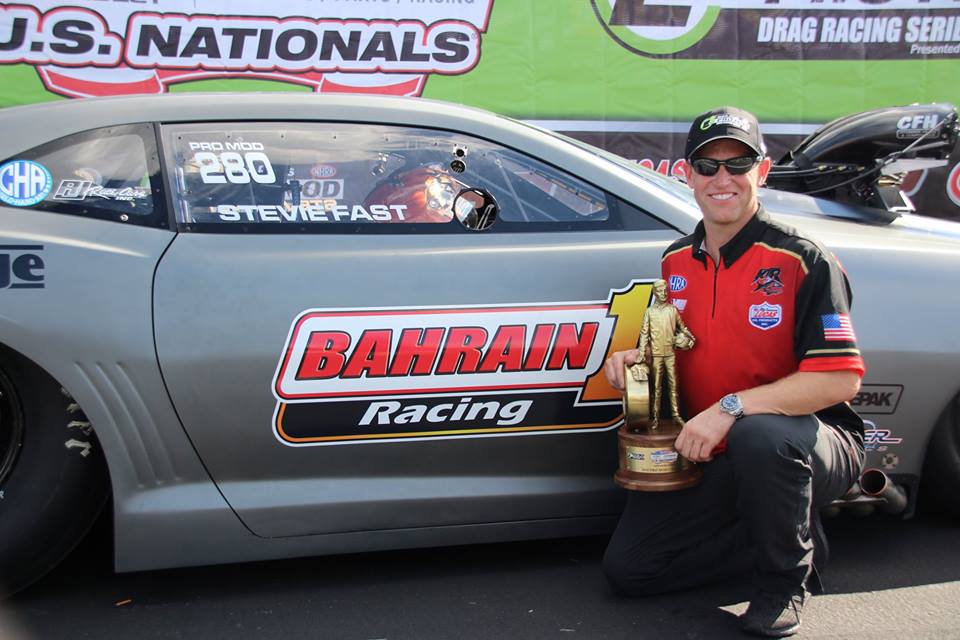 This Tuesday morning felt a little different than any other for Stevie “Fast” Jackson. The U.S. Nationals Wally trophy nestled next to the Pro Mod standout confirmed that.

“I woke up this morning and it wasn’t a dream,” Jackson said. “The Wally was tucked snuggly in the bed beside me.”

In a span of 24 hours, Jackson went from what he was fully expecting to be an extreme low to the biggest high in his standout racing career. The swing in emotions was unlike anything the fan-favorite driver had ever experienced before and a day later, he was still having trouble comprehending the turnaround his team experienced at Indy.

Coming off two straight DNQs, Jackson’s immediate reality on Saturday was that a third was likely sitting 29th in qualifying after four sessions. It was unheard of for a driver and a team as talented as Jackson’s, but just as surreal was the seismic shift in momentum thanks to one five-second run.

After changing “a tremendous amount” heading into the fifth and final session, Jackson went 5.848 at 246.71 mph in his do-or-die moment, the ultimate Hail Mary in his Bahrain 1 Racing Camaro on a 125-degree track. Four round wins followed, including a finals victory against Jose Gonzalez, but what transpired Saturday afternoon was a thrilling and white-knuckle first for Jackson. 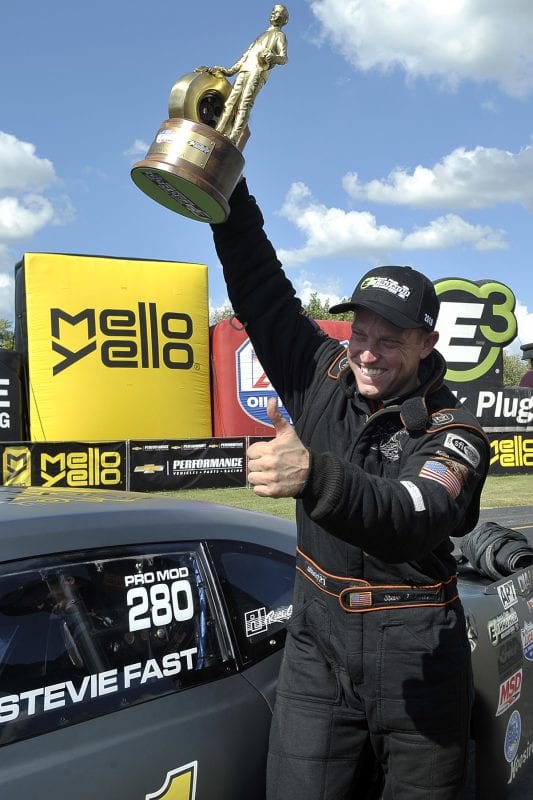 “What I learned was never, ever give up, no matter how dire the situation looks,” Jackson said. “I’ve never had that sort of swing. As we were going up for Q5, I said, ‘We’re about to DNQ for a third race in a row.’ That’s not the type of team we are. We made wholesale changes and to run that, it was an exceptional run in those conditions. Most of the time in those situations, you fail. But we pulled out the biggest stick we had in our bag and hit it right down the fairway. We were fortunate.”

It’s safe to say the team might have been destined to win after that.

Jackson qualified 13th and then was brilliant throughout eliminations, going between 5.835 and 5.843 through the first three rounds in knocking off defending U.S. Nationals winner Sidnei Frigo, Bob Rahaim and No. 1 qualifier Mike Castellana, who had looked dominant at times throughout the course of the weekend. Jackson was so engrossed in the moment that it wasn’t until he beat Castellana in the semifinals with a 5.843 at 246.84 – and a clutch .014 reaction time – that he had a legitimate chance of winning the U.S. Nationals.

“That was the dragon right there,” Jackson said. “Frank (Manzo) had an awesome handle on the car and Castellana is as good as it gets. That type of race is what fans come to watch.”

Jackson edged Castellana by half a car length and persevered against Gonzalez in the final round as both stumbled. Gonzalez spun the tires hard before half track and Jackson’s 6.167 was more than enough to win.

As he cruised past the scoreboard and saw the win light, Jackson struggled to comprehend what he had just accomplished after being so close to a third straight clunker.

“There’s people who have raced for 30 years and haven’t won Indy and we’ve won it. I’m blown away,” Jackson said. “Drag racing is the best sport there is because it’s about what you’ve done right now. I love drag racing and I live drag racing, and these last four months have been the toughest ever in my professional career. You find out what you’re made of in times like these.”

The final qualifying session may have been the most nerve-wracking of his career, but responding in the fashion Jackson and his team did was just as resounding.

It gave Jackson some of that much-needed swagger back heading into the final four races of the season, and he now finds himself as a dark horse candidate for the championship. He jumped all the way to fifth in points, just 16 back of third-place Castellana and 126 back of co-leaders Mike Janis and Rickie Smith.

It’s much too early to be thinking championship, but Jackson will roll into Gateway Motorsports Park in two weeks in a far different place than he was just three days ago. He’ll also head to St. Louis as a U.S. Nationals winner and that’s something that will live with Jackson forever.

“This entire weekend was a Cinderella story,” said Jackson, who also praised the efforts of Jack Barbee and Robert Jonsson, as well as sponsors Bahrain1, SEI and KTR. “I feel like I’m two inches taller and my chest is pumped out about four inches. It feels good to roll in the gate and have a hot rod. I don’t know if there’s a bigger venue than to win the U.S. Nationals at Indy. It absolutely blows me away.”