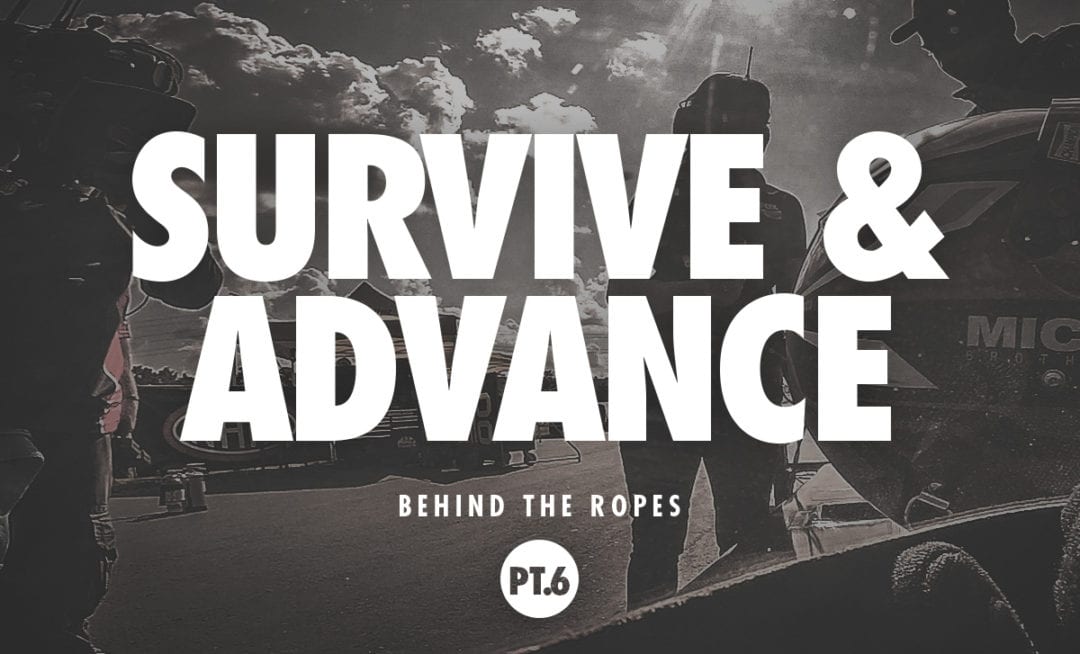 The following is the sixth installment of a 7-part behind the scenes series that takes a look at the inner workings of an upstart NHRA A/Fuel dragster operation at the 2017 NHRA Carolina Nationals.

It’s crazy how quickly the euphoria of a round win can transition into the pressure of being flawless when preparing the car for the next round under a time crunch. With this race being broadcast on live TV, we were looking at just over 25 minutes to get the car turned around before we needed to be pushing it back towards the starting line.

I don’t get nervous driving the car. I do, however, get nervous that I’m going to be the weak link when we service the car.

When Kyle and I purchased our operation, the transaction itself helped get the ball rolling for our start-up team, but it wasn’t the determining factor that got us to the position we were in on Sunday afternoon in Charlotte. The most important decision that we made along the way was to immediately surround ourselves with the right people to make sure that we were set up for the most success possible…at the earliest time possible.

The alcohol pits are overflowing with talent, and in order to hang with the best of the best when the pressure is on, we set out to have teammates that were experienced in the heat of battle. That mindset led us to partner with two A/Fuel mainstays, Clay and Chase Copeland, to help us get our operation pointed in the right direction from the start. Previous Alcohol Funny Car crewman Cory Cox rounds out our core team while taking on any job that’s thrown his way with a “whatever it takes to win” mentality.

I’ve reiterated on multiple occasions in previous parts of this series that J.P. Gutierrez made huge contributions throughout the weekend, but this first-ever real THRASH for our team was where he proved his worth tenfold. Top it off with my dad, John Michalek, and my future father-in-law, Doug Kotter, getting their hands dirty, and we were able to rise to the occasion in a moment that I believe few teams would be prepared for in their first National Event.

If you played it out on paper from a performance standpoint, we shouldn’t have even pulled our car out of the pits. We were almost 2-tenths slower than Alan Bradshaw’s team all weekend. They were the No. 2 qualifier and they were living in the 5.20s, destined for an epic final-round matchup with Shawn Cowie. 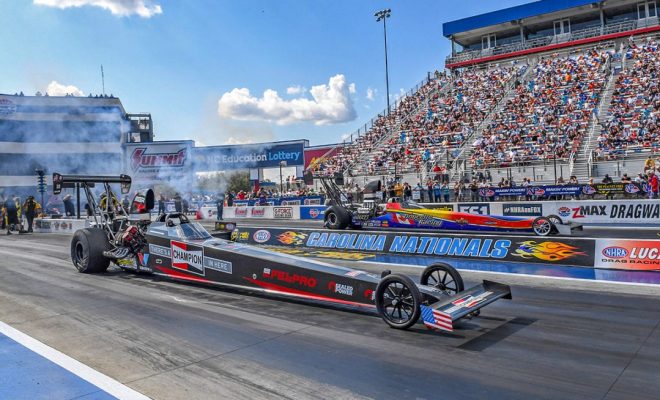 Before we even strapped into the car, we were already facing our first bit of adversity on this run. Our radios, all three fully charged, completely gave up on us. Luckily, we are not reliant on the technology and it didn’t mean anything other than we didn’t have a direct line of audio communication around the starting line. You can see in the video that Kyle and Clay proactively created a plan while we waited for the Safety Safari to clean up an oildown for how we were going to do the burnout, backup, and staging processes and things went off without a hitch.

When the cleanup on the top end from Cowie’s engine failure was complete, we fired our cars simultaneously and the race was on. The motor didn’t initially want the fuel trimmed after the burnout, but I was able to slowly trim it a little bit at a time while backing up. It was nice racing Alan since that meant having another A/Fuel car in the other lane. We each had similar routines and we both bumped our cars into the beams in succession without playing any games.

By the time we stomped on the loud pedal, the race felt almost identical to first round against Justin Ashley. Knowing that Alan had a huge performance advantage over us throughout the course of the weekend, I found myself growing more and more surprised, and more and more excited as we made our way down track. Somehow, 1,320 feet later, my parachutes were hitting in unison with his and since our win light was turned on that meant we were final round bound in our first National Event as car owners. 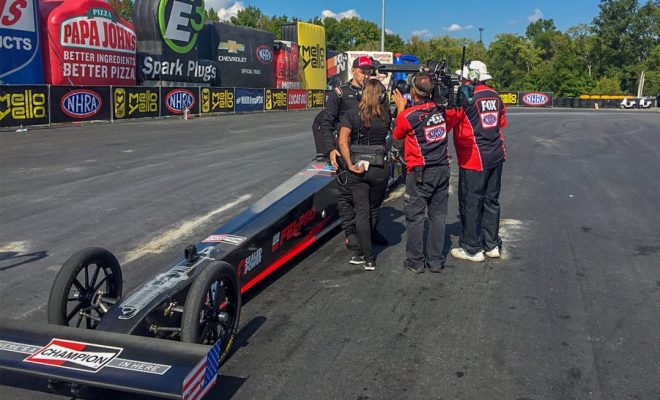 I was ecstatic in the car. I couldn’t believe that after some of the most frustrating nights and weekends trying to get our operation prepared for our National Event debut that we were finally getting rewarded in such a big way. Again…we caught a break. We made a decent run for us, but Alan’s car just did not perform the way that it had the rest of the weekend. The fact of the matter is, though, that we put a lap on the board that was going to beat him if he faltered, and we let the cards fall where they may. This time, it was good enough.

Come back Saturday, December 30 for the final installment of the 2017 NHRA Carolina Nationals “Behind the Ropes” series as MBR squares off against Shawn Cowie with the Wally on the line.