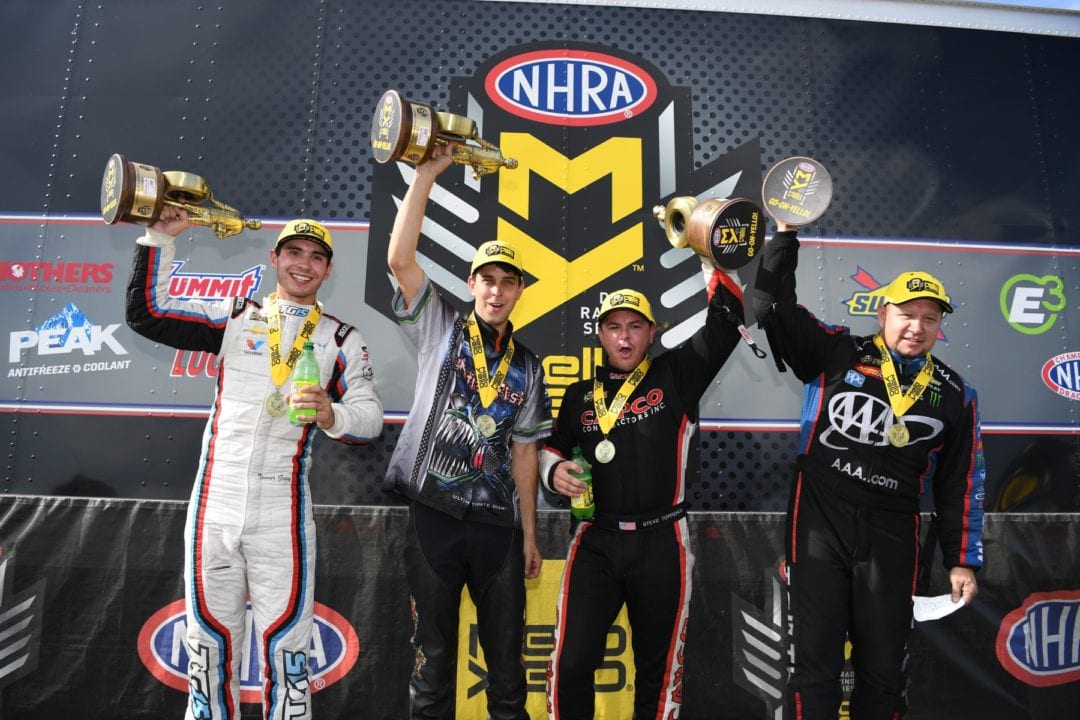 Top Fuel points leader, Torrence, has swept the first three races during Countdown to the Championship after his pass of 3.786-seconds at 325.92 mph in his Capco Contractors dragster defeated Terry McMillen’s 3.826 at 321.04 in the final round. Torrence earned his eighth victory of the season and 24th of his career. With the win, Torrence now has a 103-point lead over the category.

“We were just here to go rounds,” Torrence stated. “I don’t have a Top Fuel championship. I have a Top Alcohol championship and the year that I won that I won at Dallas. We’ve been trying to get it done here since 2010. This is a check off my bucket list to be able to come to Dallas and win. I couldn’t be prouder to pull off a victory in front of everyone that was here this weekend.”

Defending event and world champion, Hight, powered his Auto Club of Southern California Chevrolet Camaro SS to his second consecutive win with his pass of 3.955 at 325.69 to defeat J.R. Todd’s 3.984 at 319.52 in his DHL Toyota Camry. This is his fourth career victory at Texas Motorplex, 11th in the Countdown to the Championship and 45th overall. Hight has a 50-point lead over Todd after the win. Hight returned to action this week after suffering an engine explosion and broken collar bone in St Louis, the most recent event.

“This AAA team was just flawless,” Hight said. “We just got better all weekend as we went. I promise you that we will celebrate tonight because we’re going to make up for the last one. That was one of the biggest rounds I’ve ever raced right there. J.R. Todd is No. 2 in points, he was 30 behind me going into the final and had I lost I’d be 10 ahead; which isn’t much. Luckily we get to do it again next week.”

Hight took down Jim Campbell, Tim Wilkerson and Bob Tasca III en route to his 71st career final round. Todd defeated John Hale, Jack Beckman and No. 1 qualifier Tommy Johnson Jr. on his way to his second final round of the Countdown to the Championship.

Pro Stock’s Gray grabbed his second consecutive victory during the Countdown to the Championship with his pass of 6.622 at 207.62 in his Valvoline/Gray Motorsports Chevrolet Camaro to take down No. 1 qualifier, Jeg Coughlin Jr, in the final round. Gray who knocked off Deric Kramer, Greg Anderson, and Matt Hartford to secure his seventh Wally of the season, 12th of his career and continue to extend his points lead over the category. 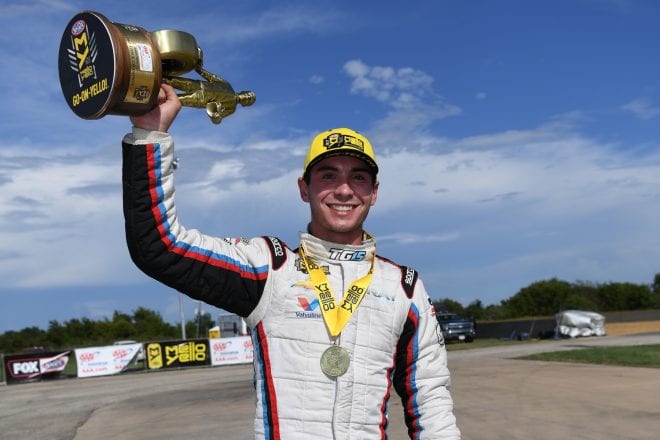 “We’ve been struggling with qualifying it seems like,” Gray stated. “Really, for whatever reason, we’ve been able to pull it out on Sunday. Some of it being luck while others its just making good runs and beating the other guy in the lane. It’s awesome to have the group of guys that I have around me.”

Coughlin Jr., a five-time world champion, defeated Val Smeland, Drew Skillman and Vincent Nobile to climb to the No. 3 spot in the points.

In Pro Stock Motorcycle, Tonglet earned his fourth victory of 2018 and 20th of his career with his run of 6.892 at 194.80 to team owner Jerry Savoie’s 6.907 at 193.88. Tonglet took the points lead after his second win at the track on his Nitro Fish Racing Suzuki. He picked up round wins against Andrew Hines, Angelle Sampey, and defending world champion Eddie Krawiec en route to the finals. 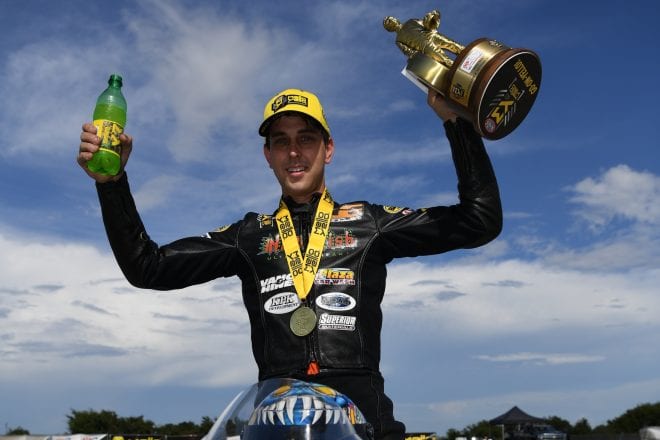 “It was just a lot of fun,” Tonglet said. “It was fun in the pit while we were trying to get the bikes cooled off (after semi-finals). Once we came up to the start line though I didn’t even look at him and he didn’t look at me. It was just all business. We’re leading the points now though and we’re not going to look back.”

The NHRA Mello Yello Drag Racing Series continues Oct. 12-14 with the fourth race in the Countdown to the Championship, the NHRA Carolina Nationals at zMAX Dragway in Charlotte, N.C.