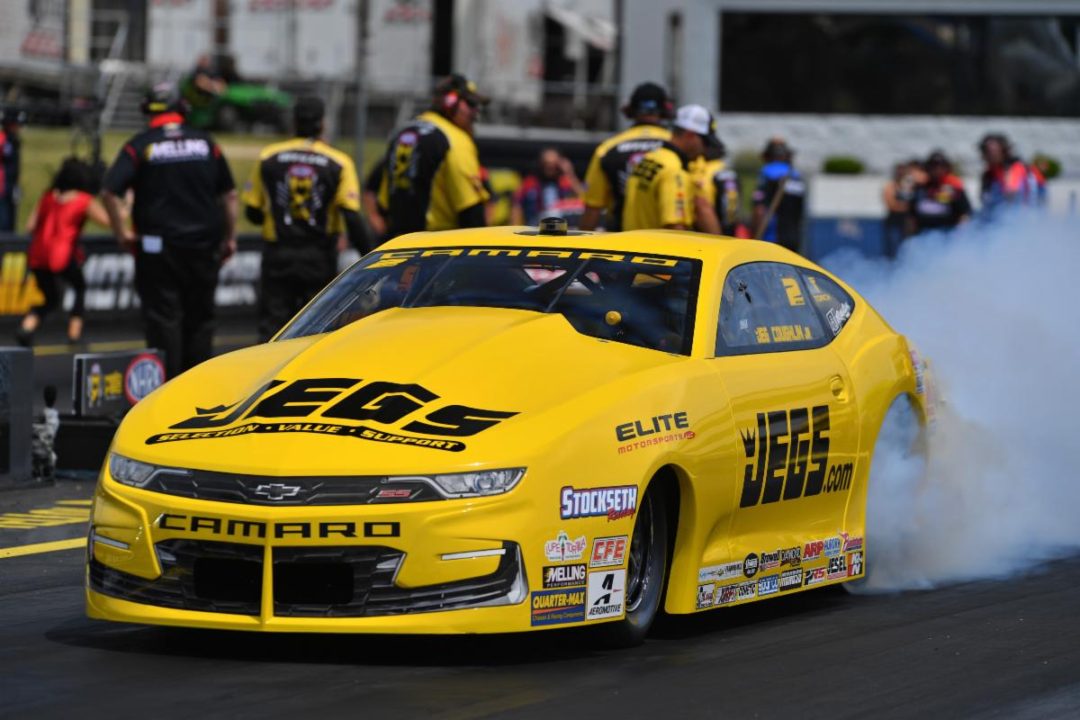 Team JEGS drag racers Jeg Coughlin Jr. and Troy Coughlin Jr. showing no signs of stress on the cusp of the Mopar Express Lane NHRA Nationals despite the fact both men are in the midst of challenging championship battles in Pro Stock and Top Alcohol Dragster, respectively.

Vying for his sixth Pro Stock crown and seventh world title overall, Ohio native Jeg Jr. is pleased this year’s Countdown to the Championship, NHRA’s version of playoffs, is starting in the familiar confines of historic Maple Grove Raceway. After all, this is one of the tracks where he grew up and he’s won here five times.

“The way the schedule shifted this year to start our six-race Countdown in Reading is perfect for me,” Jeg Jr. said. “There couldn’t be a better place for our JEGS.com Elite Motorsports Chevrolet Camaro to find a good late-season rhythm. We certainly know this facility well, all the way back to when I came here as a boy to watch my dad (Hall of Famer Jeg Coughlin Sr.) race, and I know you can’t find more passionate and knowledgeable fans then the ones that pack this racetrack whenever we roll through.

“NHRA reset the points for the playoffs and although we certainly wish we were a few spots higher, or even No. 1, at the start, we do know we have a great team with all the pieces we need to win. We need to really get after it and see what we can do to challenge for the championship. In the end, we also need to remember we’re entertainers, so it’s time to put on a yellow-and-black show for the rest of the season.”

“We haven’t celebrated a win under our canopy since the Phoenix race near the start of the season so we’re pretty hungry,” Jeg Jr. said. “I feel up to the task. I’ve been very pleased with my driving and if I can stay focused on doing my job and making the best passes possible each round, we’ll always have a chance. We need to race hard, get aggressive, and try to whittle away at the 80-point deficit we have to Bo (Butner, points leader). That’s a four-round lead, but we have time to catch up.” 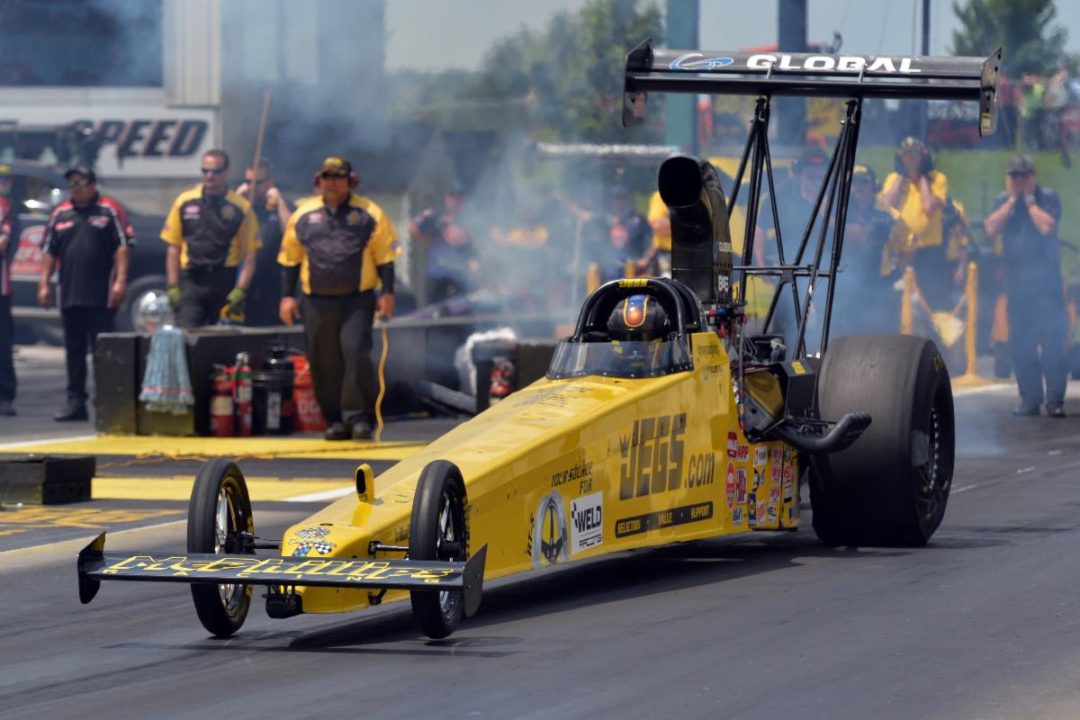 With his team based in nearby Phoenixville, Pa., Troy Jr. and the entire JEGS.com McPhillips Racing Top Alcohol Dragster crew are looking for more of the home cooking that put them in the winner’s circle at last year’s Reading Nationals.

“This is home for the crew guys — Rich and Richie (McPhillips), Duke Roney, John Flenard, Andy Goode, Charlie Wroten and Charlie Greco — so we definitely want to put our best foot forward like we did last year,” Troy Jr. said. “This race was a big highlight of 2018 and I’d like to be able to say that again by the end of 2019.”

With three wins in eight final-round appearances this year, the reigning North Central Region champion is currently ranked second in the East Region and third in the nation. The team has designs on winning both titles so every round is crucial from now until the end of the year.

“I have nothing but good feelings about Reading,” Troy Jr. said. “We won here, my dad (Troy Coughlin Sr.) won Pro Stock here in 2001, Uncle Jeg has won here a bunch of times, it’s been a great track for the Coughlin family.

“I’m having a blast. Every race is a new challenge and it’s been so much fun. This McPhillips Racing group is top-notch and it’s an honor to race with them. I really want to get them another win here in front of all their friends and family members.”