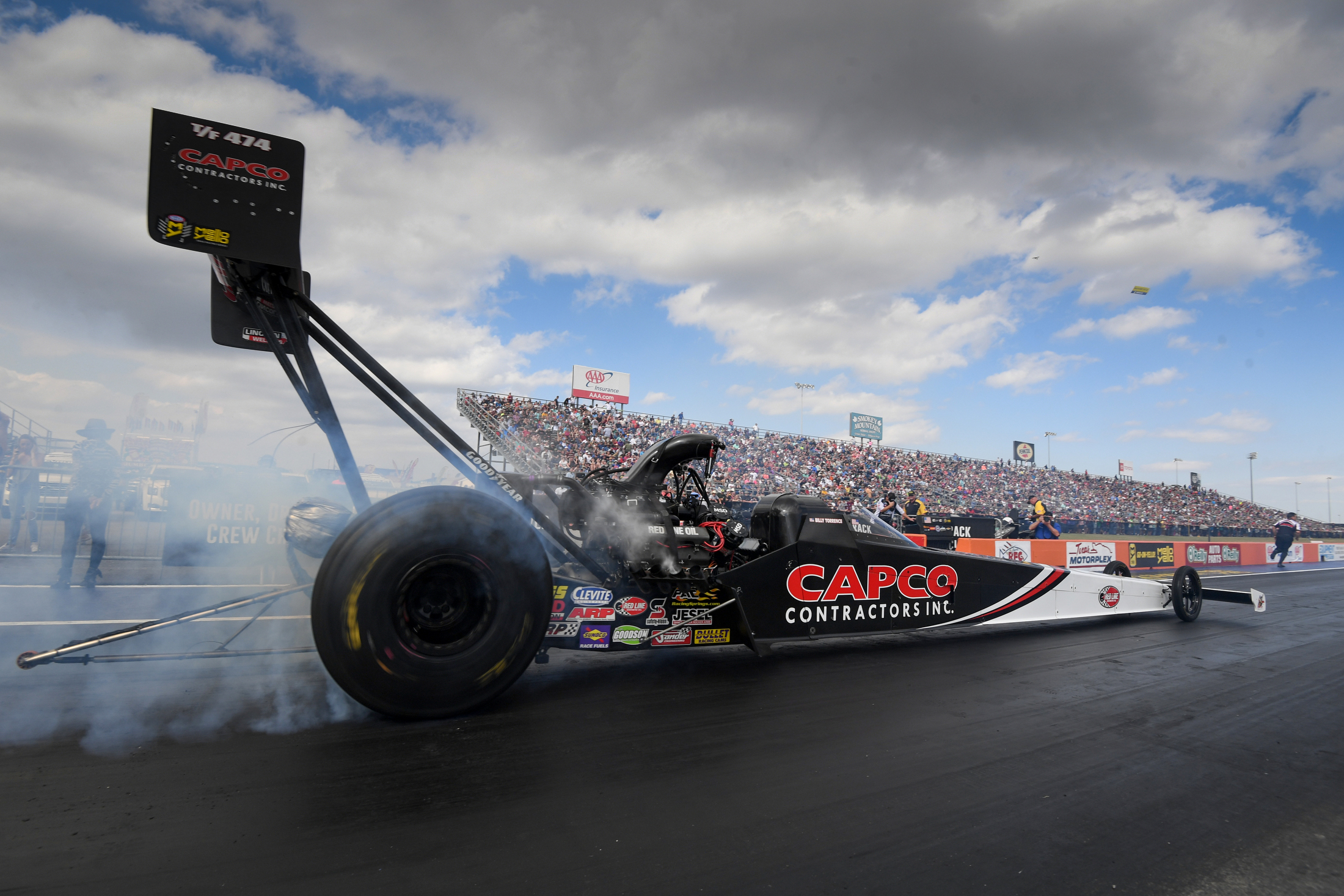 The Texas Motorplex will be hosting NHRA racing this fall and the historic facility isn’t backing down from that.

While a number of NHRA races have been postponed or outright canceled due to the ongoing COVID-19 pandemic, the Dallas-area facility remained firm the annual AAA Texas NHRA FallNationals will take place at the Texas Motorplex on Oct. 14-18. The track issued a release on Monday stating that tickets were on sale after getting government clearance to host fans up to a 50 percent capacity.

That was an initial encouraging sign from the facility, which stands to be one of a select number of non-Indy tracks to host a NHRA race during the pandemic. But after the track received blow back from a small minority of people on social media, track owner Billy Meyer doubled back on Texas Motorplex’s belief that a fall NHRA will indeed take place, issuing a strong statement.

“We have seen a variety of posts on social media questioning our commitment to conduct the AAA Texas NHRA FallNationals, October 14-18. I would like to be crystal clear,” Meyer said. “We have the support of local and state government to host this event. We are currently cleared to host fans up to 50% of our facility capacity and we are one of the largest NHRA tracks in the country.

“There have never been any discussions between Texas Motorplex and NHRA about canceling or moving the FallNationals. In fact, we have added the excitement of Friday Night Live to our schedule, along with an additional NHRA National Open running Wednesday and Thursday, making the FallNationals the biggest NHRA event of the season.

“We have been racing under a special order from the Governor of the Great State of Texas since the end of May and the COVID numbers in our area are rapidly decreasing. We are providing the variety of safety measures throughout the facility to ensure fans, racers and sponsors have a safe and positive experience. Our number one goal is to host an exciting event from October 14-18.”

Those are certainly encouraging words from the legendary Meyer and all signs point to the Dallas race taking place with a considerable amount of fans in the stands. In fact, sources close to Drag Illustrated indicate a second Dallas race may take place during the fall as the NHRA looks to reach 12 total races during the 2020 season.

The Texas Motorplex would be an ideal location to hold a second fall race – and perhaps even on a back-to-back weekend. The facility has successfully held events with fans over the past handful of months, getting government clearance to do so, and carrying out the orders nearly flawlessly.

That bodes well for the fall, especially if COVID-19 numbers can continue to drop like Meyer stated. With the race still two months away, things look encouraging and all signs point to NHRA competing at the famed facility in October. 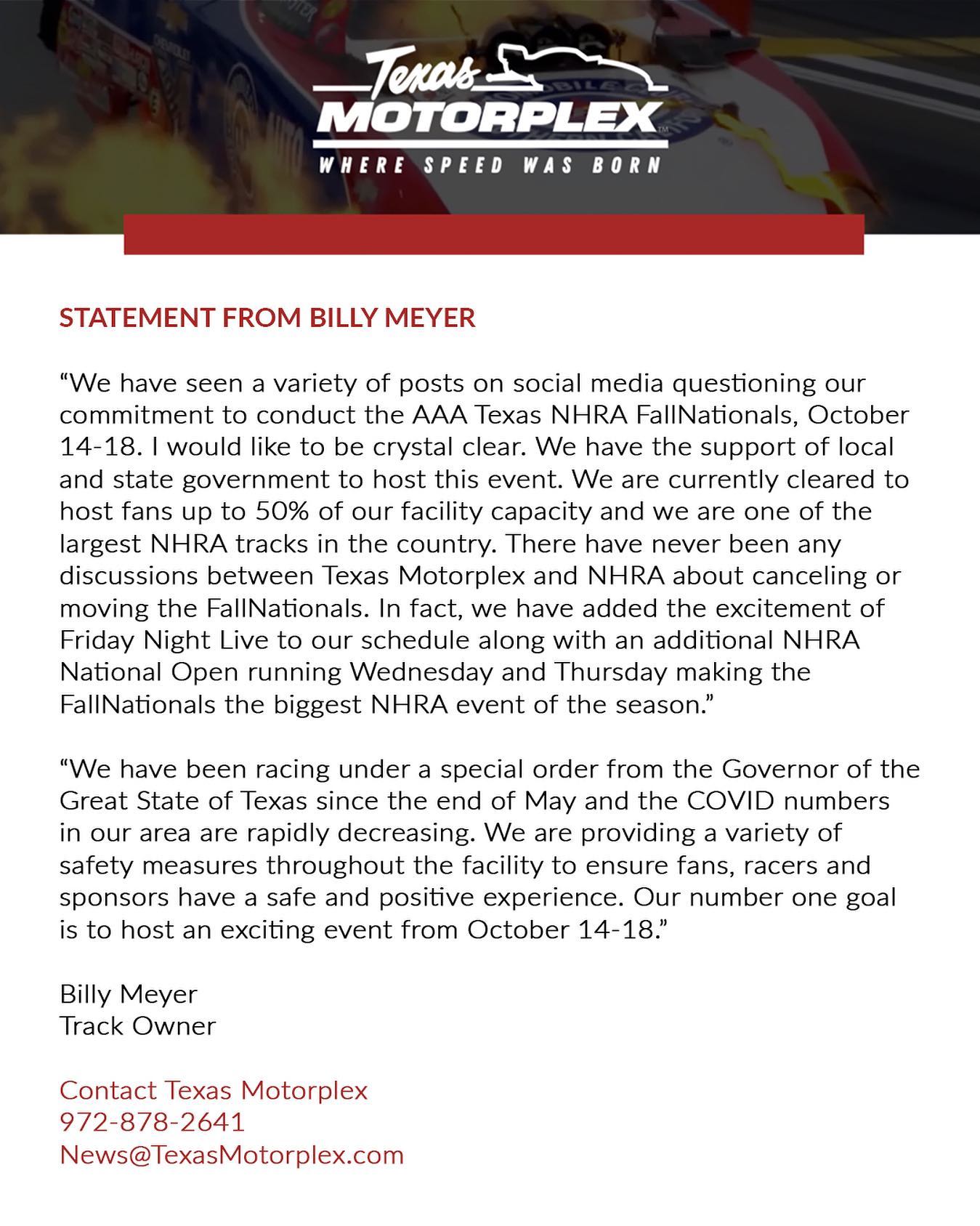