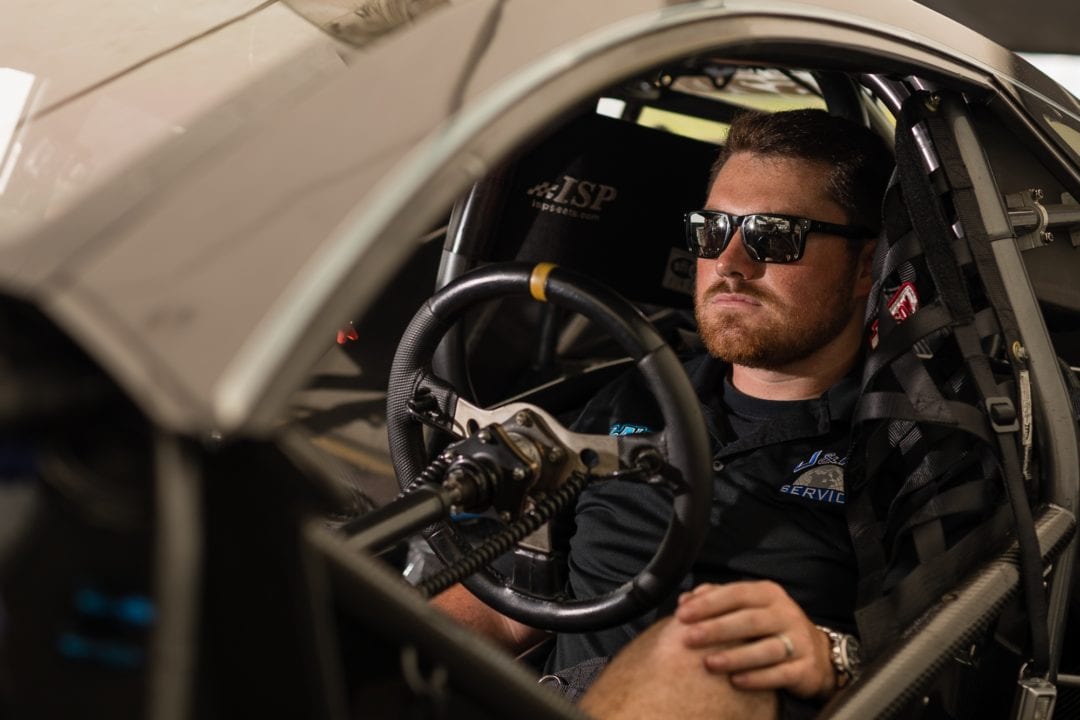 The only way Steven Whiteley can improve on his performance at the inaugural DRAG ILLUSTRATED World Series of Pro Mod a year ago is to win the second running of the event in just three weeks.

It leaves the Pro Mod standout with a clear goal for the WSOPM, which takes place Aug. 10-11 at Bandimere Speedway, but it’s also a bit of a daunting prospect. With $100,000 up for grabs for the winner and Whiteley coming so close a year ago before losing in the final round to Mike Bowman, there’s pressure of following it up with a victory in 2018.

Whiteley, though, is doing his best to shift his mindset elsewhere, maintaining his focus solely on doing the best he can against what will be an incredible field of 32 Pro Mod competitors.

“It’s a little bit of added pressure, but I’m trying to keep that out,” Whiteley said. “I just want to go out there like I did last year and race it round by round. It’s a larger car count and the idea is to have the best cars in the country racing for $100,000. It shows what we as a class can bring to the table.

“Pro Mod is still growing and going to keep growing for years to come. You’re pulling some cars from here and there, and running them on the mountain for $100,000. That’s pretty bad ass.”

Whiteley was one of many who praised the inaugural WSOPM event a year ago, picking up on a memorable atmosphere that has him anxious for 2018.

He raced well in front of friends and family, and the Grand Junction, Colo., native didn’t mind the added attention of competing in a high-stakes race at his home track.

In fact, racing on Thunder Mountain for the WSOPM added an extra sense of pride for Whiteley. Putting the spotlight on the Pro Mod class as the marquee draw also brought out the best in everyone, and Whiteley expects that to continue in 2018.

“I liked it because of the atmosphere and the tempo,” Whiteley said. “I really like how fast the tempo was. It was very unique and I wish we ran it all the time. It was cool to do something at our own track and (Pro Mods) were the top dogs at the event. It was something a little different and there’s a little bit of pressure, but it also took some pressure away because you knew everyone there.” 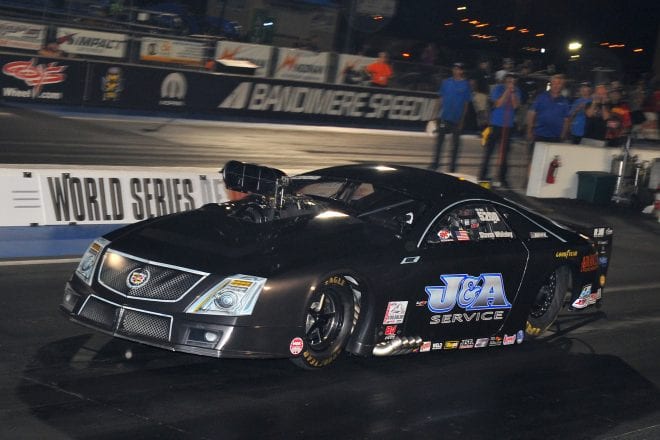 Whiteley will again be in the spotlight in 2018 as he seeks redemption for the final-round loss to Bowman a year ago. Winning a six-figure paycheck at his home track would have been a memorable storyline for Whiteley, but following up last year’s near miss with a victory in 2018 would be just as dramatic, especially with Whiteley’s father, Jim, also again racing in the event.

“Steven is as real-deal of a driver that exists in 2018,” Drag Illustrated Founder and Editorial Director Wes Buck said. “He’s a guy that plays no games, puts it in the beams and runs his race every time.

“He’s a leading next-generation drag racer and he’s coming to this race looking for a little bit of redemption. He’s coming into this deal with a whole head of team and he is looking to put on a show for the home crowd.”

The support from the Whiteley family for the entire Pro Mod class has also been massive, and a major reason why it continues to ascend in such rapid fashion on both the NHRA Pro Mod circuit and also with the WSOPM.

As the theme goes, that again means more attention and pressure on Steven to perform, especially after debuting a new 2018 ZL1 Camaro in Topeka earlier this year. But Whiteley is confident about what can take place on Thunder Mountain after putting down a string of consistent runs in testing and during the race a year ago.

He believes that will translate well to the new car, which only leaves one more thing left to do in 2018 and that is turn on the final win light of the show.

“Even thought it’s a different car, we’ll run them the same and we’ll do a lot of similar things,” Whiteley said. “We learned how to run on the mountain, so we’ll run the car the same, we just have a better car now. We’re here to hopefully take home $100,000, have fun and put on a show.”