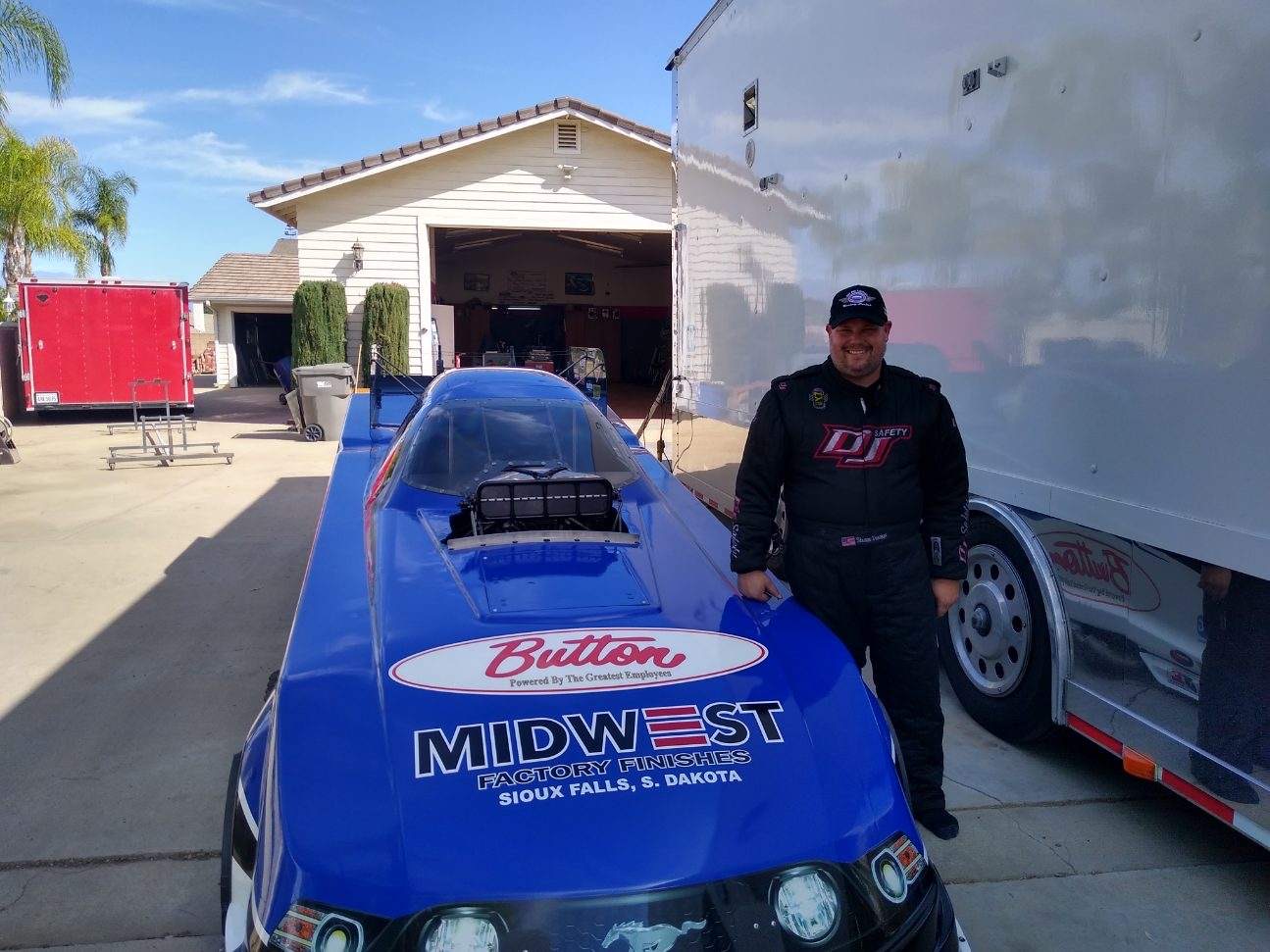 NHRA Funny Car veteran Gary Densham did his best to prepare his son Steven Densham for the challenges of racing the NHRA Mello Yello Drag Racing Series. Friday in Las Vegas, at the NHRA Las Vegas Nationals, the decorated drag racing veteran will see just how good of a teacher he is.

Steve will debut behind the wheel of the same Funny Car his dad has driven for years. As he sees it, he couldn’t have asked for a better teacher.

“He’s amazing,” Steven said. “My dad’s been racing for so many years, and stuff that I’ve seen him catch as far as when the car tries to get out of shape amazes me. And I still feel like I’m way behind, but he’s able to kind of help you out, and coach you. He’s coached Robert Hight and a lot of other people. So having him behind me definitely helps 100%.”

If anyone knows the value of good instruction, it’s Steven, who is also a teacher, instructing at Vista High School in San Diego County, Ca.

“I did it for the very first time a couple of years ago with Paul Lee, and that was for financial reasons to help our overall program, which it did,” Gary explained. “And Paul did a great job. Trust me; I was nervous the first run. And this time is going to be for personal reasons. My son has obviously been around my whole racing career, and for years and years, when he started racing junior dragsters when he was eight years old, all I ever heard was, ‘When do I get to drive your car, Dad? When do I get to drive your car, Dad?”

“Finally, when he turned about 20, he finally realized these cars just cost too much money to go out and play with. So he kind of settled down and quit bugging me on that. We put together the Nostalgia Funny Car; we’ve had a great time with it. I’m glad we did that, but last year I was lucky enough to be able to have a couple extra pennies when we got done with Vegas and was able to let him get his [Big Show] license on the Monday after Vegas. Then we got some financial help from Button Transport, and Midwest Factory Finishes for this race and Vegas, and Steven gets to drive it, and I’m going to be nervous as hell, but it’s going to be fun.”

The Denshams will race at the NHRA Las Vegas Nationals this weekend with support from Bob Button at Button Transport, Charlie Abdush at Midwest Factory Finishes, and Chris Johnson at Far West Freighters.

Steven understands and appreciates the sacrifice his father is making this weekend to help him realize a dream.

“I’ve always wanted to see my dad do well, succeed, and everything because he’s been in the sport for so long, and he’s one of those independent racers that I just wish that he had his shot with his own team,” Steven explained. “He was with John Force Racing for all those years and did really, really well. And I know he could do just as well if we had the money and the backing.”