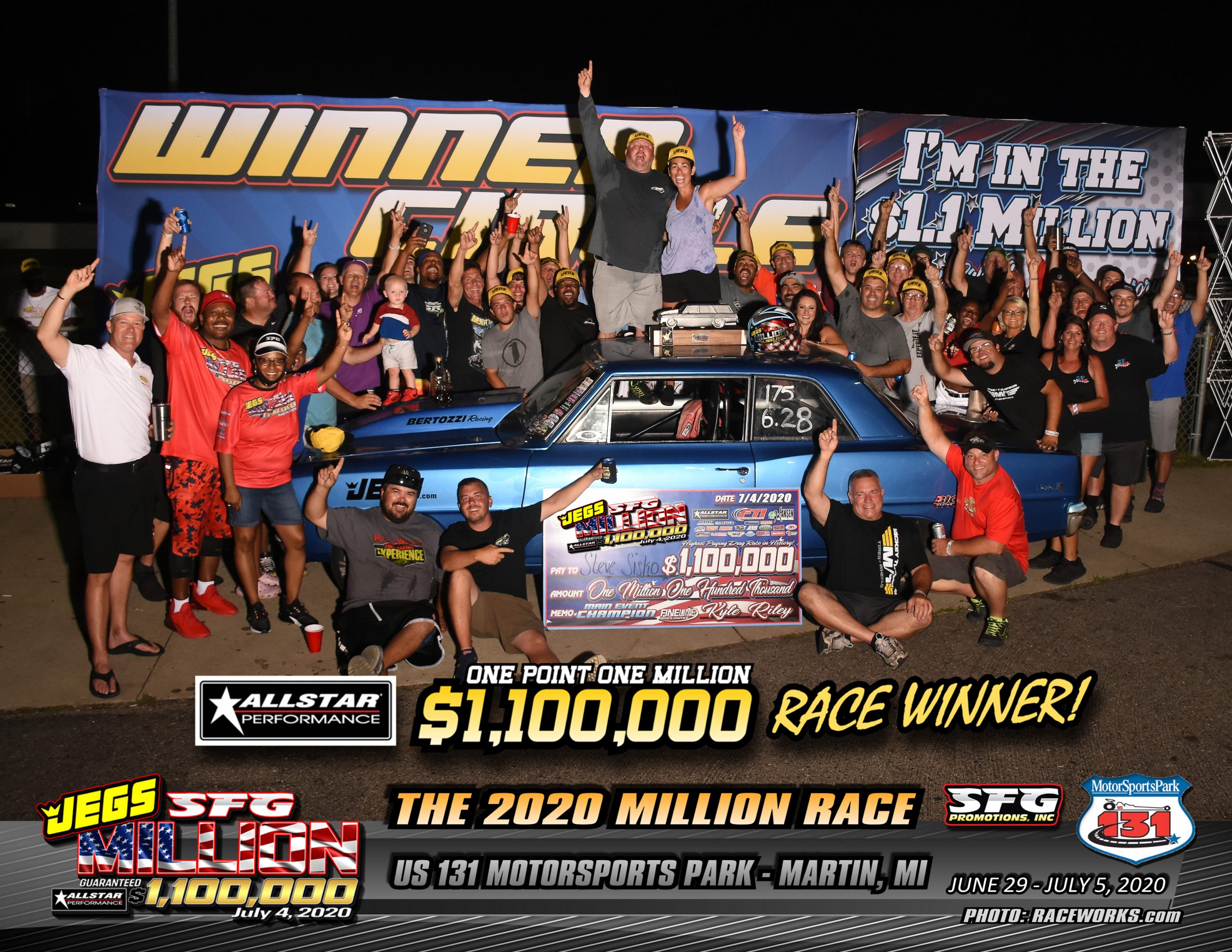 After months of anticipation, promotion, and adjustment due to COVID-19, Steve Sisko was crowned the JEGS-SFG $1.1 million winner Saturday at U.S. 131 Motorsports Park in Martin, Mich. He defeated Bill Swain in an electric final round just before midnight to collect the $1,100,000 check, making him the winner of the biggest payday in drag racing history and fulfilling the vision of SFG Promotions’ CEO, Kyle Riley.

“I know that I could do it… I’ve done it on other stages,” said Sisko in the winners circle. “The car was [subpar] all weekend so I just held… and took .00 every time. I think the rear broke [as I was coming back from the finish line].

“I’m 43 years old and I consider myself one of the old guys now, I barely race anymore… but I have a lot of friends out here and the hugs and messages from them is what meant the most. I was texting Big Murph throughout the day and I’m surprised you can’t hear him from New York right now. Obviously this is Anthony Bertozzi’s car…

Anthony is somebody I met in the 90s going to Florida with Jim Harrington. Jimmy the Shoe was my mentor. My father taught me to drive a car, but Jimmy taught me to win and not complicate stuff, and everybody misses him dearly. This is for Jimmy the Shoe… This is the biggest [expletive] race you can have, and I just won the biggest [expletive] race there is.” 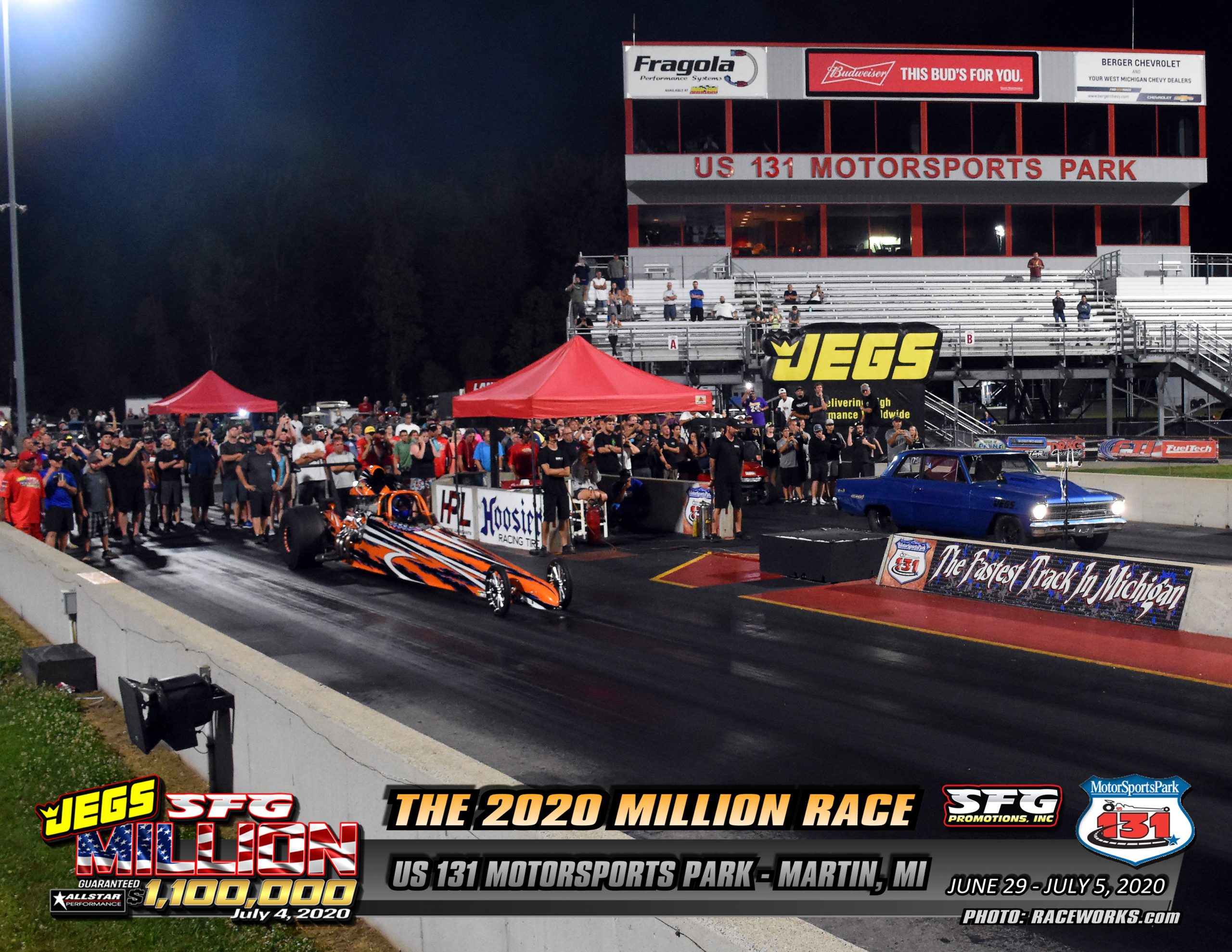 The next pairing brought up Patton and Carr, with Patton coming out victorious after a .017 light and 4.605 run on his 4.60 dial. Carr was mathematically ineligible after posting a .023 light.

Swain and Hemerline moved onto the semis with their bye-runs in the dragster and door car categories respectively. These “categories” are kept separate for as long as possible at SFG events. 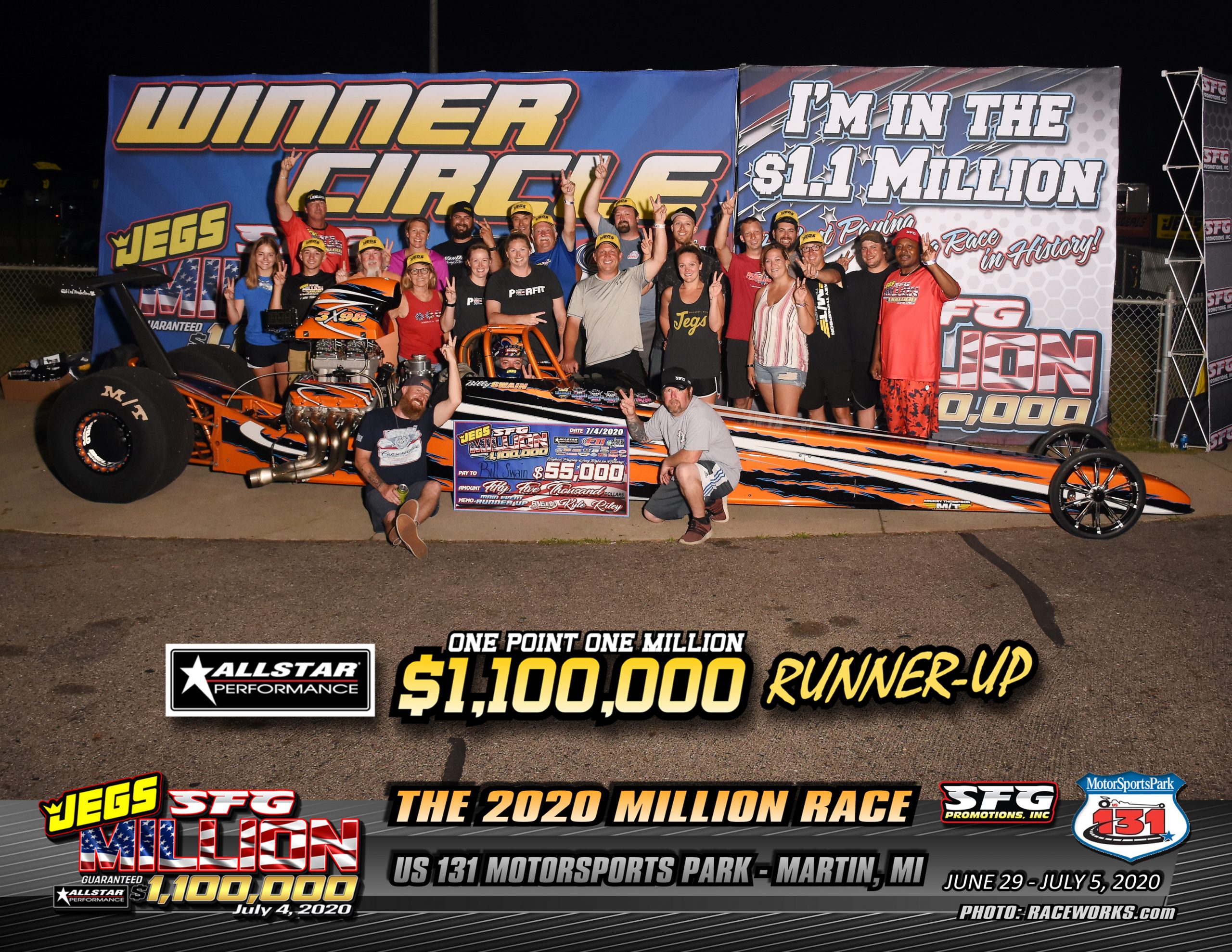 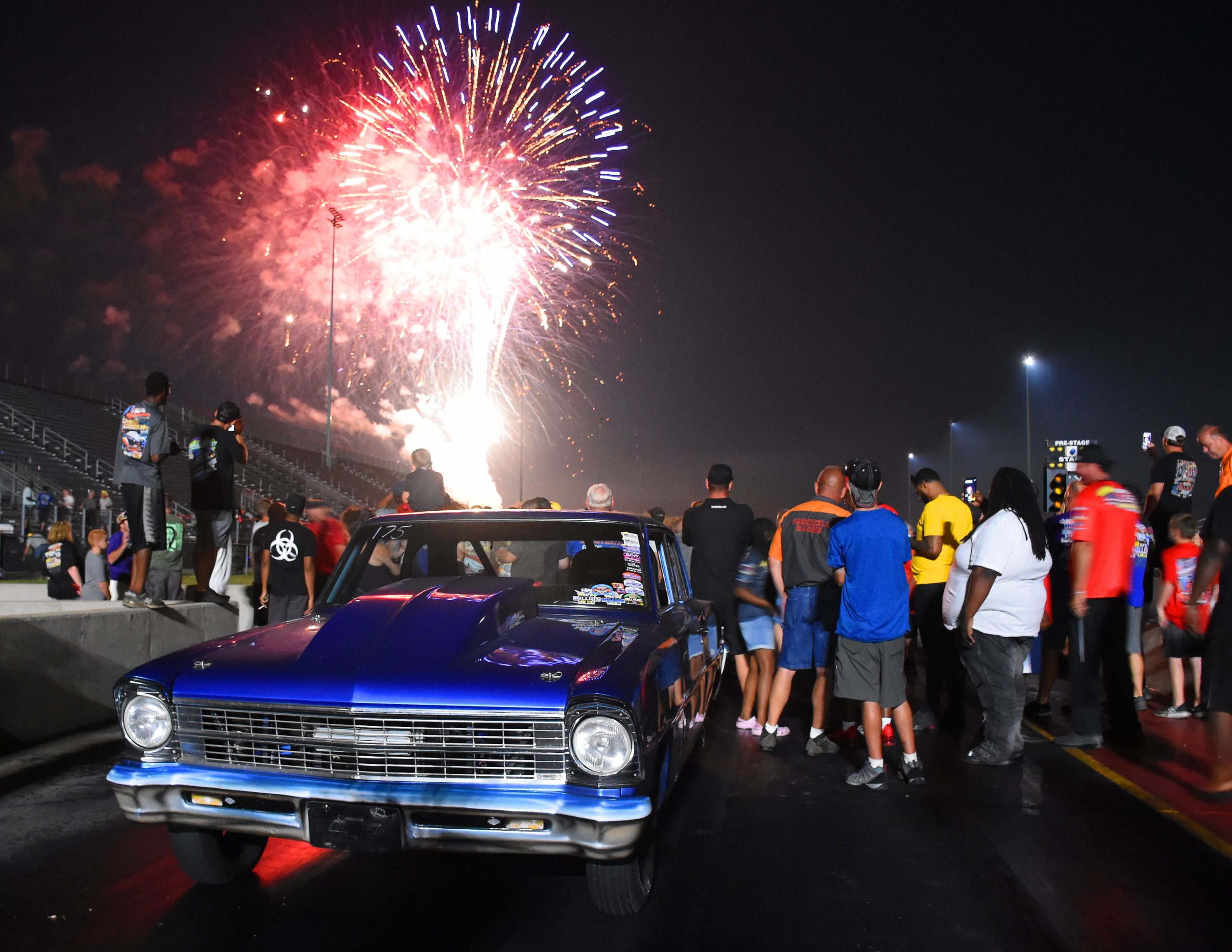