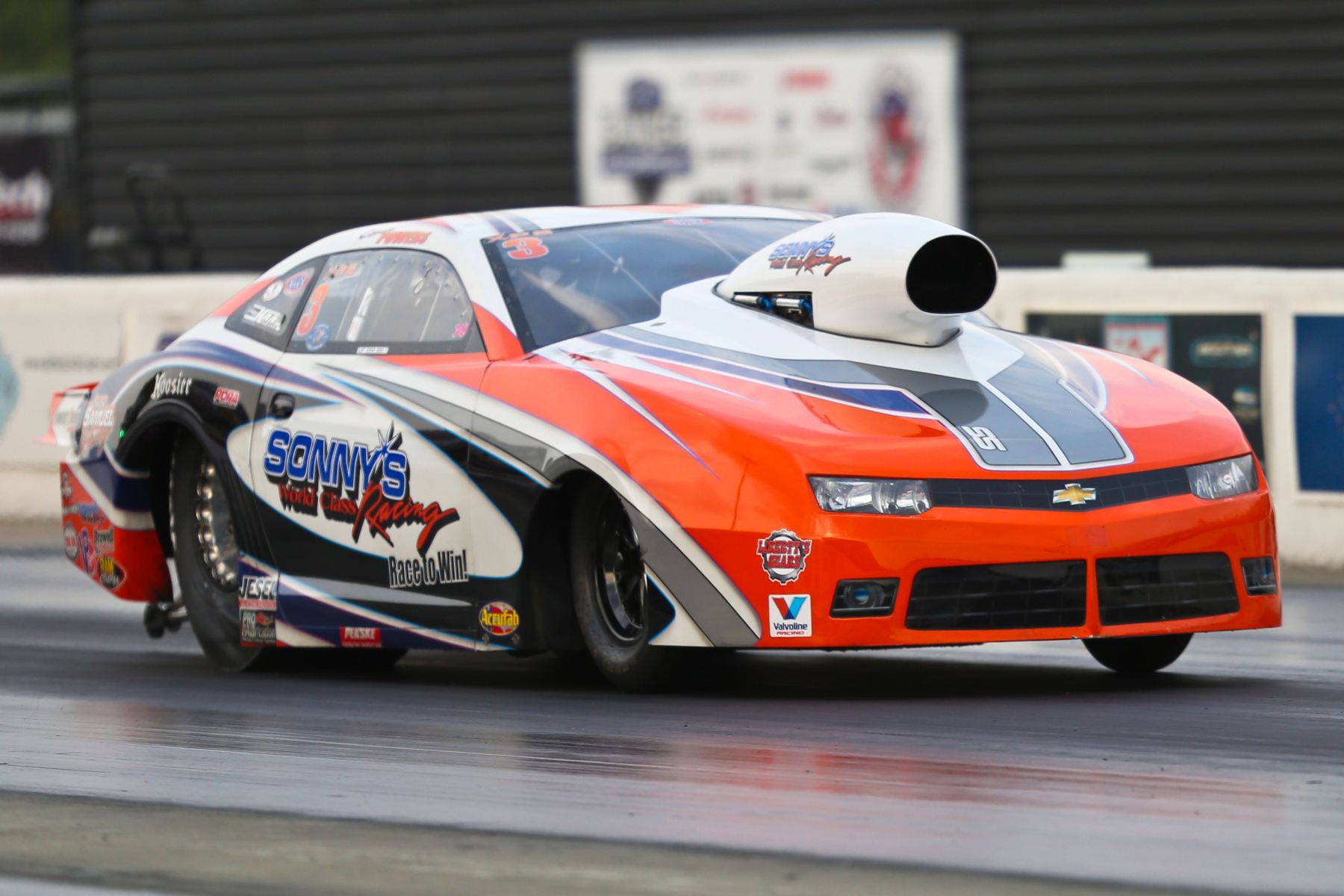 As the Professional Drag Racers Association (PDRA) enters the second half of its eight-race 2021 season, the all-eighth-mile series is preparing to honor one of the sport’s most prolific engine builders at the upcoming Summer Shootout presented by Ty-Drive. The Virginia Motorsports Park event, July 15-17, will host the Sonny Leonard Memorial Race for the PDRA’s Liberty’s Gears Extreme Pro Stock class.

“Following the loss of Sonny Leonard over the offseason, our Extreme Pro Stock racers and Sonny’s family at Sonny’s Racing Engines started thinking of ways to honor Sonny,” said Tyler Crossnoe, the race director at PDRA and vice president at Virginia Motorsports Park. “It made a lot of sense to hold a memorial race at his home track, Virginia Motorsports Park. Sonny was a huge part of the PDRA community, especially in the Extreme Pro Stock class. From both the PDRA and VMP perspectives, we’re proud to host the Sonny Leonard Memorial Race this weekend.

“We’re also excited to announce that the Extreme Pro Stock purse has been raised to $10,000 to win for this race,” Crossnoe said. “Lots of drivers, teams and businesses, including longtime Sonny’s customer and friend John Montecalvo with JM Paving, donated to raise the incentives for this special event, including a $500 No. 1 qualifier bonus and multiple additional contingency awards.”

One of the leading contenders going into the Sonny Leonard Memorial Race is points leader Chris Powers in his Sonny’s-powered Camaro. He won the season-opening East Coast Nationals in April, idling down the track on a final-round single as the announcer listed off a number of Leonard’s accomplishments. Powers also won the North vs. South Shootout at Maryland in late June.

Powers will debut a brand-new, Jerry Haas-built ’21 Camaro during Thursday testing at the Summer Shootout. If everything goes well, he’ll run it in competition. If there are any “new car blues,” he’ll return to the proven ’14 Camaro that carried him to two wins and a runner-up finish in the first four races of the season.

“We’re going to dig hard,” Powers said. “We have our best two bullets for that race and we’re going to throw down everything we’ve got at this race. This race means the world to us. Just by displaying these Ws and getting to the third final [at Maryland], it shows what Sonny’s done over the years. His name will never be forgotten, and we want to make sure that everybody knows Sonny’s Racing Engines is here to stay.”

Powers and Goforth are two of at least a dozen drivers who will take part in the Sonny Leonard Memorial Race. The tentative field is made up of veterans like John Montecalvo and Elijah Morton, as well as relative newcomers like 2020 world champion Johnny Pluchino, third-generation driver Justin Kirk, and rookie Jeremy Huffman.

The Summer Shootout presented by Ty-Drive will also include PDRA’s full lineup of professional and sportsman categories. It’s a championship points race for all classes, as well as the last race to earn points for the Summit Racing Equipment ProStars program. The top 8 drivers in ProStars points will return to Virginia Motorsports Park on July 31to compete in the Summit ProStars shootouts during VMP’s Night of Fire.

In Penske/PRS Pro Boost presented by WS Construction, there have been four different winners, but consistent late-round finishers Kevin Rivenbark and Randy Weatherford are atop the points, with Rivenbark leading by just four points in his GALOT Motorsports ’69 Camaro.

Second-generation rider Chris Garner-Jones holds a commanding lead in Drag 965 Pro Nitrous Motorcycle after his victory at the North vs. South Shootout aboard his T.T. Jones Racing Hayabusa.

Jesse Lambert, a two-time winner in Drag 965 Pro Street this season, is the points leader in his turbocharged Mustang going into Virginia.

The Summer Shootout will also include a N/T Outlaw Shootout, with shakedowns on Friday and eliminations on Saturday.

Pre-race testing at the Summer Shootout will take place on Thursday from 10 a.m. until 7 p.m. Friday qualifying will begin with Top Jr. Dragster at 9:30. Pro qualifying sessions will follow at 2 p.m., 5:30 and 7:15. Sportsman and Jr. Dragster classes will get a final qualifying session at 9:30 a.m. on Saturday, beginning with Edelbrock Bracket Bash presented by COMP Cams. Pre-race ceremonies and pro class eliminations will begin at 3:25 p.m.