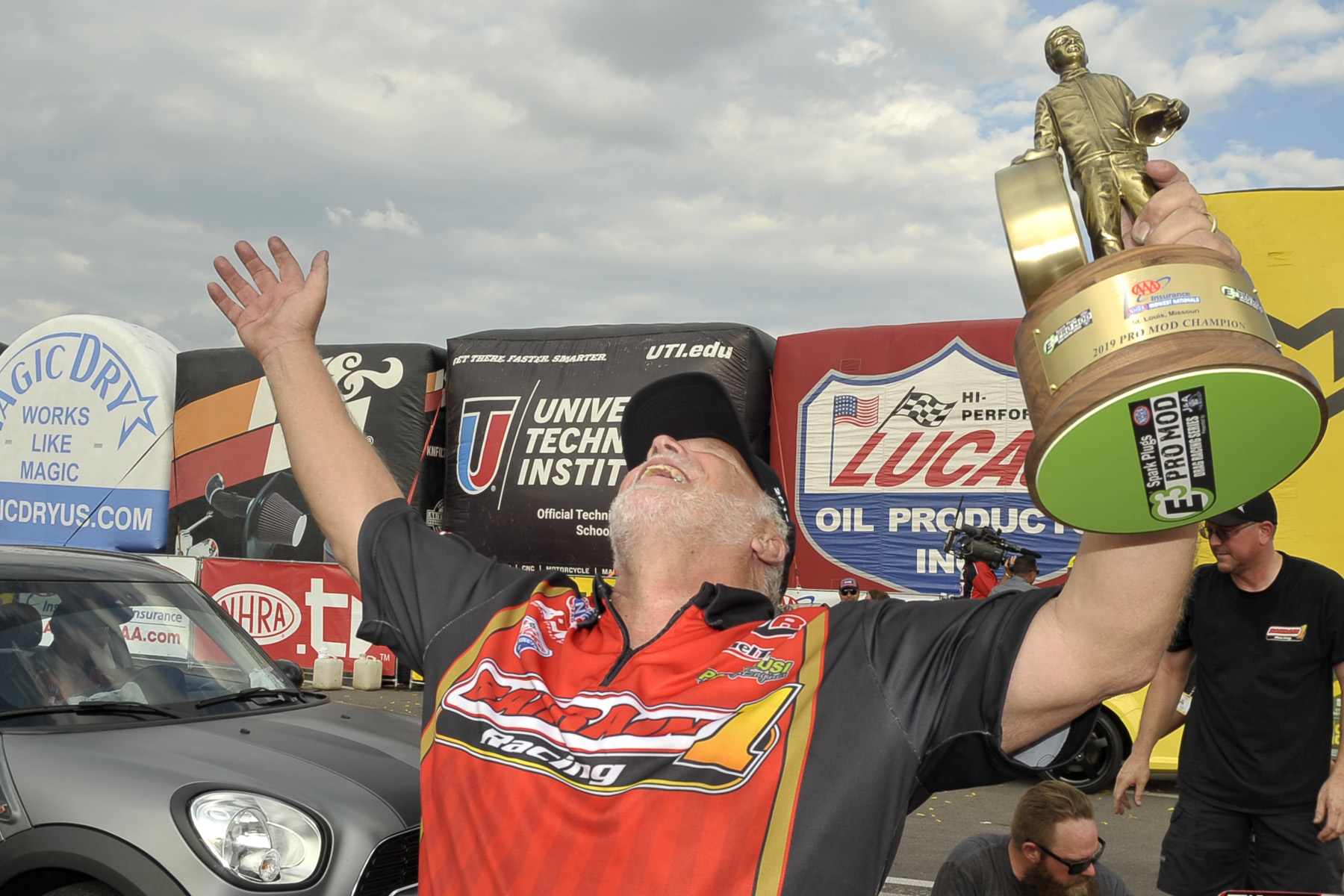 The series was presented by the Real Pro Mod Association (RPM) in St. Louis and marked the 10th of 12 races in 2019.

Smith, a three-time world champion in the class, was on top in his nitrous-powered Bahrain1 Racing Camaro all weekend, qualifying No. 1 for the second straight race and going 5.768-seconds at 252.19 mph to beat Jackson in the final round. It also is Smith’s class-best 15th career victory.

“It’s pretty awesome, at my age, to be fighting like this with these young cats,” Smith said. “I saw Stevie run a 5.77 and thought there’s no way I can run that, and then I run 5.76. Then he runs a 5.74 and I run a 5.72, so it was pretty exciting this weekend. I’ve got three awesome kids and wife that stand behind me.”

Smith, who qualified No. 1 with a 5.724 at 252.43, beat Alex Laughlin, Michael Biehle and Mike Castellana, who beat Smith in the Indy finals, to reach the championship round.

Jackson, who was the defending event winner and qualified second this weekend, advanced to his fifth final round in 2019 and 12th in his career thanks to wins against Carl Stevens Jr., defending world champ Mike Janis and Todd Tutterow. He also stretched his commanding points lead to 156 points heading into the final two events of the 2019 season.

The E3 Spark Plugs NHRA Pro Mod Drag Racing Series presented by J&A Service continues at the NTK NHRA Carolina Nationals at zMAX Dragway in Charlotte. It will be the 11th of 12 races during the 2019 season.