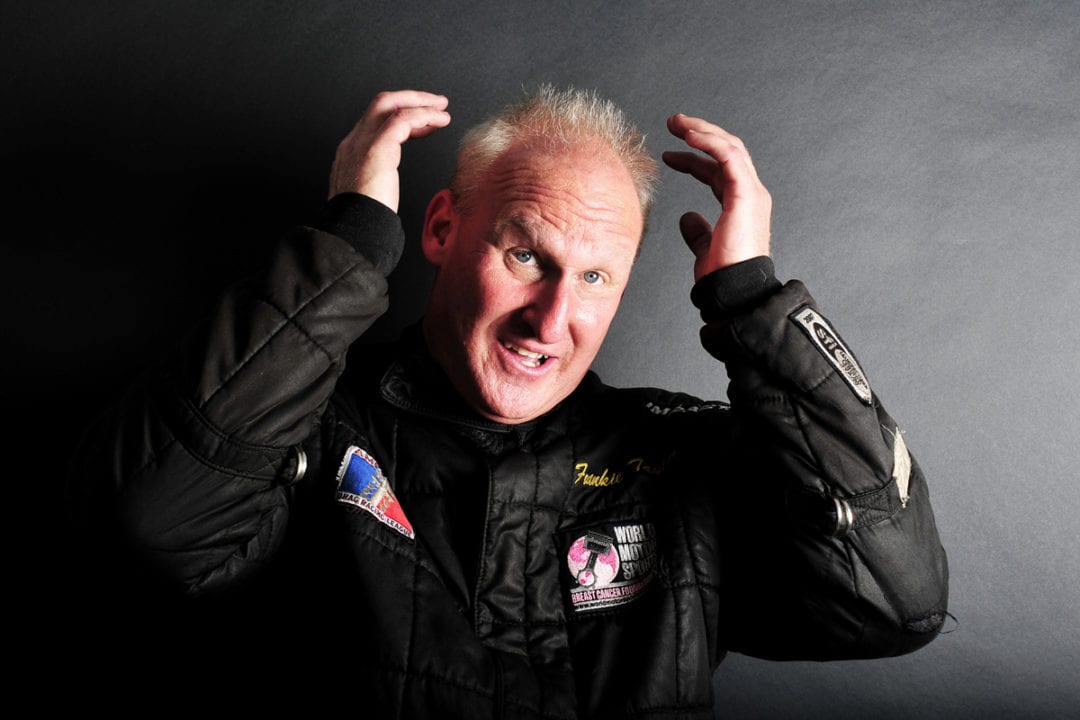 There’s little Frankie “Mad Man” Taylor won’t try or hasn’t already done. Well known for his accomplishments in Pro Extreme and successful, albeit unusual, match races, the Mad Man has had his hand in many facets of drag racing over the years, creating a persona for himself and lending his expertise to many over the years. His recent appearances on Discovery Channel’s Fast N Loud has given him notoriety even beyond his normal sphere of influence.

In the spring he debuted a no-prep car and plans to stick radials on it before the year is out. He’s also still chasing Pro Extreme points, sitting in eighth headed into the PDRA’s highly anticipated stop in Indianapolis. Add to this his son’s Junior Dragster, the family business, and consulting for teams, and, as Taylor calmly puts it, life is “never boring”.

Taylor is a healthy mix of speaking his mind and truly wanting the best for everyone. He’ll tell you exactly what he thinks in his thick Texas drawl, but he’s the first to congratulate an opponent with sincere goodwill. He may be a “mad man” on the track, but Frankie Taylor is also an all-around good guy that everybody likes to have around.

How are things going with your no-prep car?

We went to Redemption 6 and 7. We went a round at both races. We keep getting loose on the other end. We added some wing to the back of it. Trying to get it all doing good. We beat Kye Kelley at Redemption 7, so that was pretty cool. And then I lost to the Mustang. I was ahead of him and then the car got loose. Hopefully we got that problem fixed with the high spoiler and a wing deflector on the back.”

Have you had any scary moments in no prep?

First time we took it out, end of last year, we had a little incident where I kinda panicked and hit the brakes and couldn’t find the parachute. I rubbed the wall on its like second or third pass. But now it’s all fixed back up. 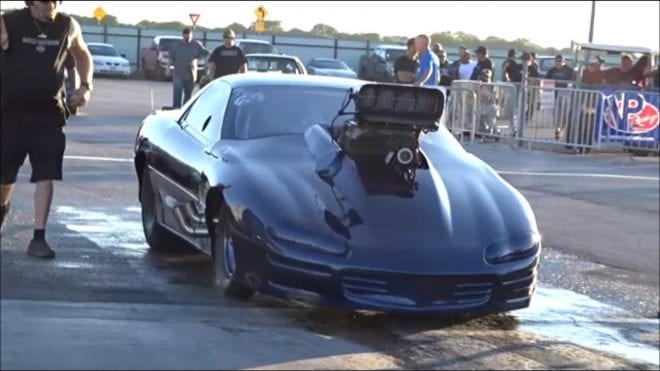 Are you having fun with it?

Yeah, so far it’s been some pretty good fun. It’s a lot different than trying to run as fast as you can go. You gotta back it down to keep it under control and still get down the track. The [Pro Extreme] car can obviously handle a lot more power and still go straight down the track. They both feel pretty cool driving. One really sets you back in the seat and one you’re kinda up in the seat, waiting for it to make a move.

At one time you said you preferred Pro Extreme to no-prep. Are you warming up to no-prep more now?

I don’t know. I’m still just playing with it right now. When you start winning at something, you get more interested. Right now we’re just playing around. We’ve added quite a bit of stuff to it and we have a baseline to go off of now, so hopefully it’ll make some progress.”

Can you apply data from Pro Extreme or is it so different that it’s hard to really get any data that you can utilize between the two?


Yeah, you can’t really use too much from either one. Because one’s trying to go fast and the other you’re trying to babysit to keep the tire hooked up, but they do have the same engine setup, the Noonan motor with a Hemi in it. I’ve got it to where each motor will go into each car. It’s got the same motor mounts, same motor plate, so we can swap motors between the cars. So for Indy, we’ll pull the motor out of the Camaro, take it for a backup for the Pro Extreme car and then vice versa the next weekend for Redemption 8. All we do is basically slow the blower down quite a bit. It runs the same compression and most of the engine setup is the same. We just slow the blower down. It’s a fairly easy adjustment.

Any other plans this season or next?

Donald Long is doing some big stuff with radials, so we’re going to start testing [the no-prep car] on radials here shortly after more of the no-prep season is over. Then we got a couple more races in no-prep and then we’re going to do some of the bigger money races in radial. The car was actually built for 10.5 tires and the radials fit up under it real good. We helped Jason Michalak and Kyle Huettel back two years ago when he was really dominating, so hopefully we can do good like they did.

It’s never boring at our place. 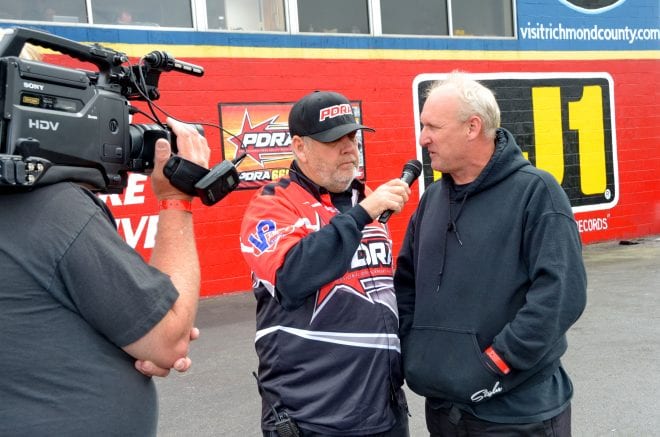 The PDRA has talked about allowing nitro in Pro Extreme. Obviously, they recanted that for this year. What are your thoughts on it?

It don’t matter to me. I told them to allow Alcohol Funny Cars into the class. The reason they don’t want to do that is they don’t want it to become a predominantly Alcohol Funny Car class. It’s a door-car class and they want to try to keep it that way. That’s fine, too. Randy Merrick and Scott Palmer both have nitro cars. It’d be cool to race against ’em if they figure it out.

Would you put nitro in yours?

No, I can’t afford that stuff. Nooo. We’re lucky to get to race with what we’ve got. Nitro will tear stuff up. Back when we ran against some of the Super Chevy Nitro Coupes, they only had 30-percent nitro and they were tearing stuff up left and right. I’m not sure if it would be cost effective or if they would have time to turn it around between rounds. You have to run it real hard. I don’t know if it would even be worth it.

Whatever they can do to get cars to come in the class would be cool, though. We got nitrous now [in the class]. We experimented with it a little bit; we didn’t really try a whole bunch. I don’t see that picking you up like everybody thinks it does. We’re just running it on motor with a blower. There’s a lot of money in these things to go out there and say, “Oops, that didn’t work”, ya know?

Noonan’s got that new 4.900 motor coming out. I’m kinda curious to see how it runs.

Got any more appearances on TV coming up soon?

Nah. They’ve been trying to talk me into racing my blue car on the street. That’s a lot of money to take to the street, know what I’m saying? The no-prep stuff, I don’t mind doing that, but we quit the street racing stuff a long time ago. We’re just sticking to the track. And once we get this no-prep deal figured out it should be a pretty fun little car.