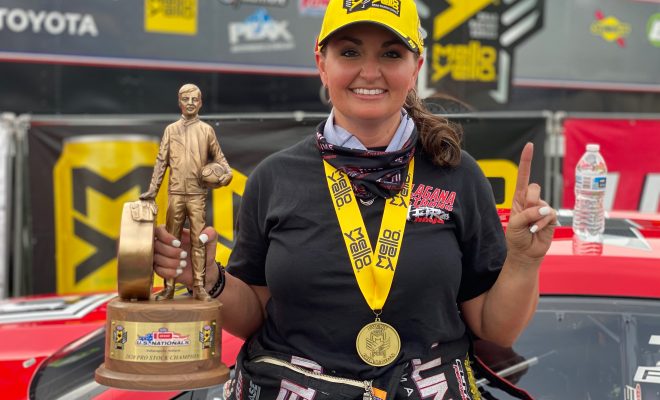 A year after suffering a loss in the final round of the U.S. Nationals in heartbreaking fashion, Erica Enders more than got her redemption on Sunday.

The defending Pro Stock world champ rolled to the victory in spectacular fashion, running an impressive 6.606-seconds at 208.55 mph in the final round in her Melling Performance/Elite Motorsports Chevrolet Camaro to claim the victory at the NHRA U.S. Nationals at Lucas Oil Raceway at Indianapolis.

It gave Enders her second career win at the world’s biggest drag race, and the perfect way to make up for last year’s final round, when a mechanical failure prevented her from the victory. This time, everything was spot on, from Enders’ .009 reaction time on the starting line to a car that was quick and consistent all day. It all led to another magical moment in the winner’s circle, as Enders celebrated her 27th career victory.

“This is really sweet,” Enders said. “This win means the world to me. You never know when your last Indy is and you work your entire life for something life this. I’ve drag raced for 30 years and raced in Pro Stock for 16 years, and it’s a dream come true.”

The good news didn’t stop with the Indy win, either, as the victory vaulted Enders back into the points lead following the fifth of 10 races this year. After winning for the second time in 2020 – and the first since the NHRA restarted its season in July during the COVID-19 pandemic — the three-time world champion moved seven points ahead of Elite Motorsports teammate Jeg Coughlin Jr. as the year moves into crunch time.

It puts Enders in prime position to defend her title and win a fourth world championship with five races remaining in the 2020 NHRA season. The revamped NHRA schedule continues in Gainesville at the end of the month and also includes stops in St. Louis, Houston, Dallas and Las Vegas to close out the season.

The year has been filled with uncertainty, but with five races left and following a victory at the Big Go, Enders couldn’t be feeling any better.

“This Chevy Camaro is mean. With Rick and Rickie Jones, and Mark Ingersoll, I’ve got the three baddest crew chiefs on the property, and I’ve got the best team in the world,” Enders said. “This is just amazing.” 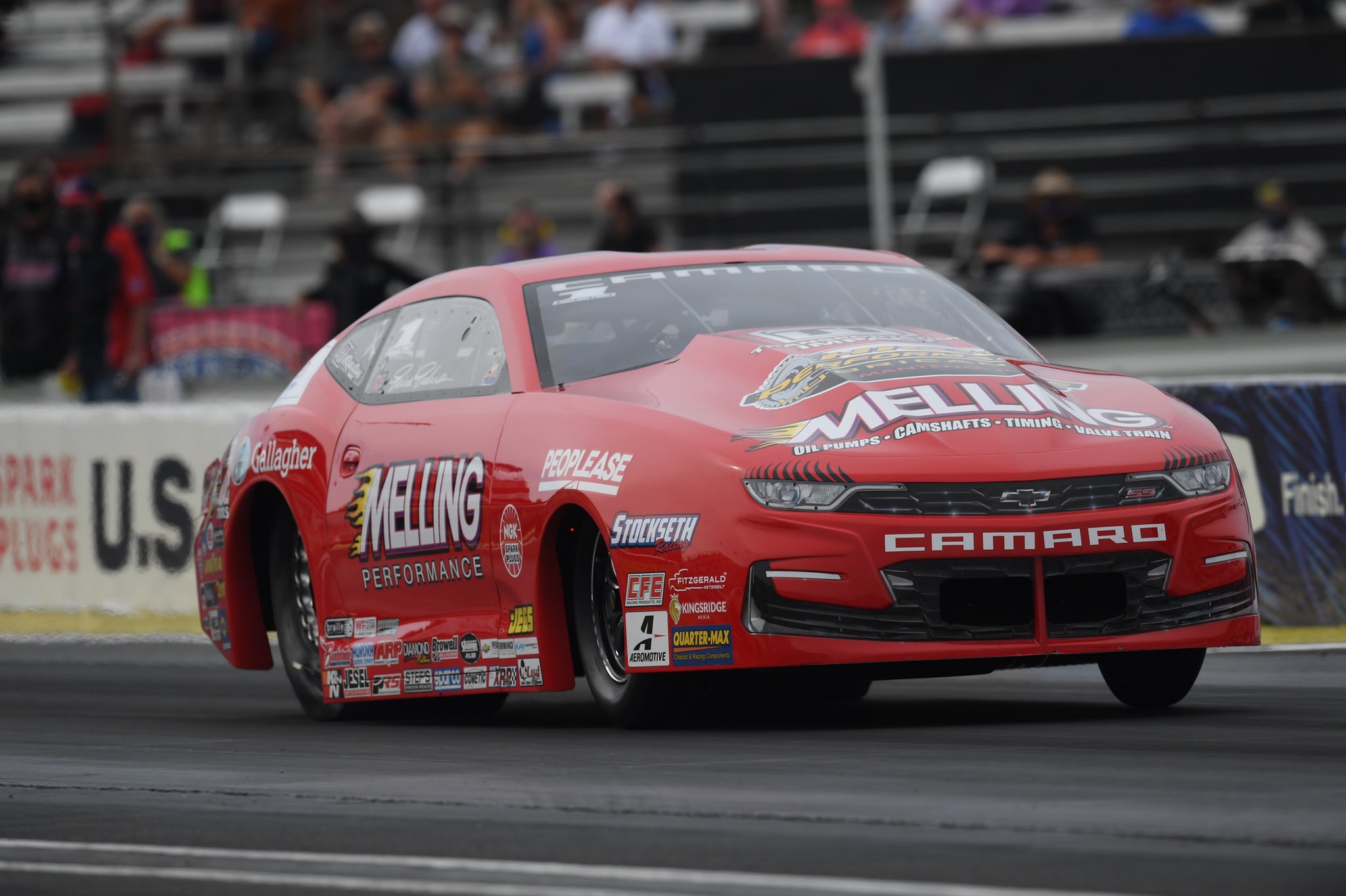 After qualifying sixth, Enders opened eliminations with a 6.581 at 208.39, following with a 6.603 at 208.68 in a second-round win. She chased down rookie Mason McGaha with a 6.614 at 208.49 in the semifinals, putting it all together in the memorable final round against Matt Hartford.

Enders was locked in and determined to make up for last year, but she was also quick to praise her standout team and sponsors. It’s all worked together well in an unprecedented year, and Enders is ready to keep pushing forward.

“So many people have made this possible, my dad first and foremost, (team owner) Richard Freeman and everyone Elite Motorsports, and everyone at Melling Performance,” said Enders, who also made her 53rd career final round appearance on Sunday. “Those guys want to renew with us and I’m so excited.” 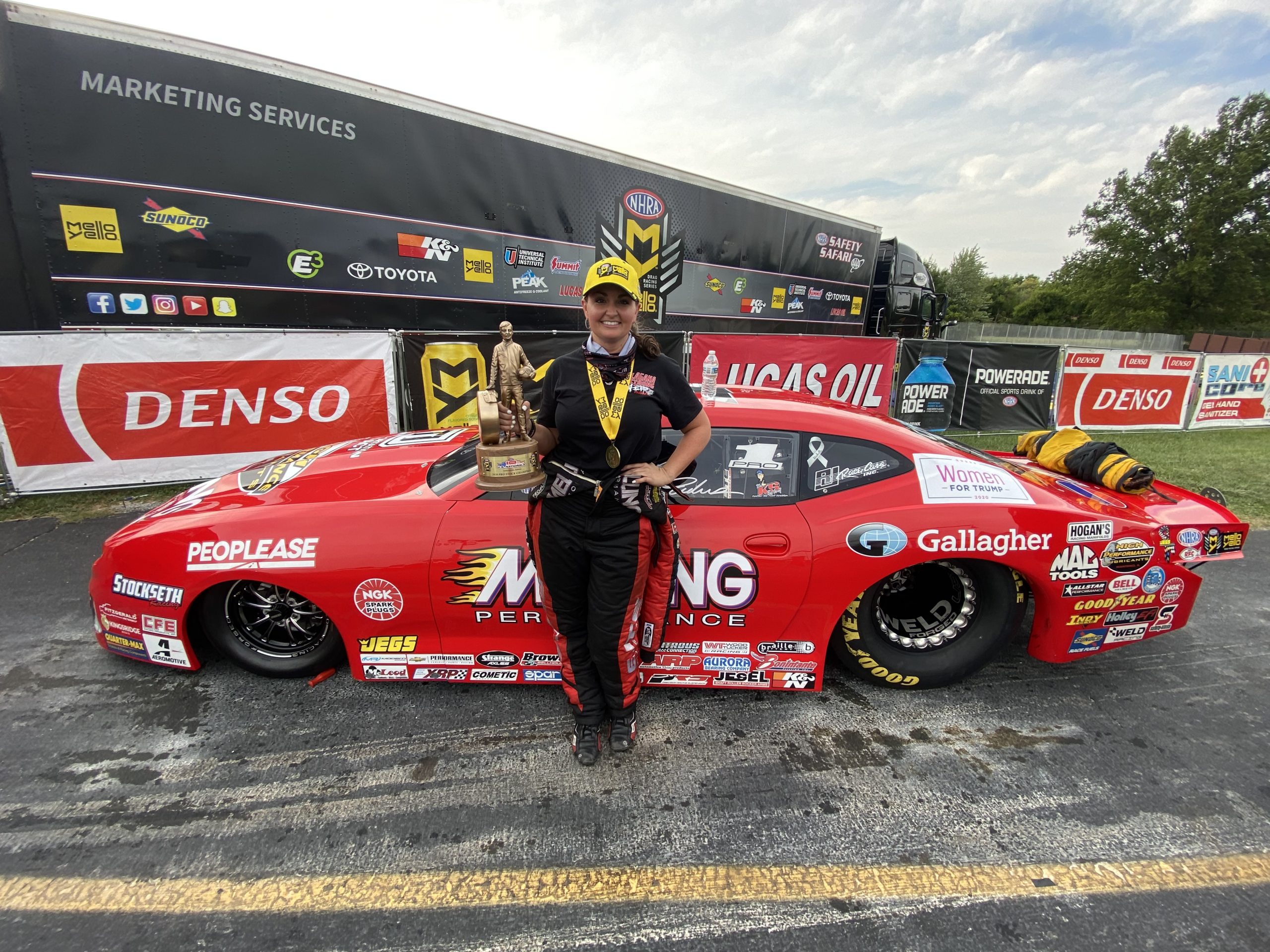