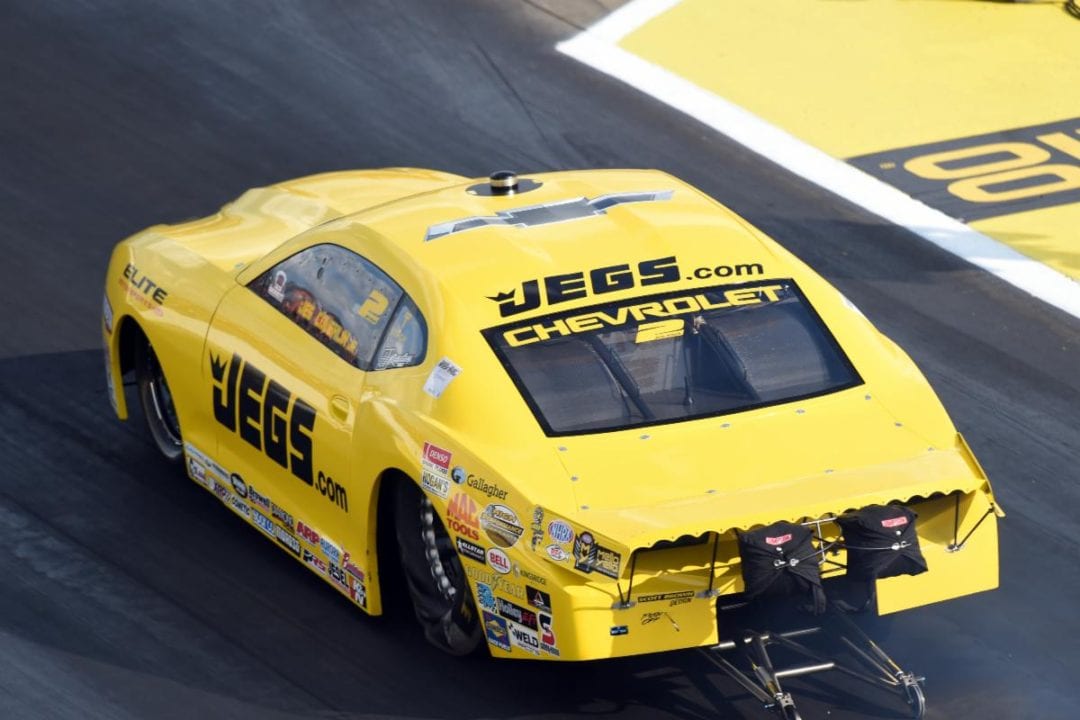 It would be easy to think “goosebump moments” are a thing of the past for a veteran drag racer like Jeg Coughlin Jr., whose collected six NHRA championships and 81 victories in his illustrious career. But that’s simply not the case.

“I get them every time I drive through the gates,” Coughlin said, referring to Lucas Oil Raceway, site of this weekend’s 65th annual Chevrolet Performance U.S. Nationals. “It’s a magical place and our sport’s biggest race. There is huge emotion and an elevated drive to win. I don’t think that will ever change for me.

“Being so close to Ohio this is like a home track for us. I remember coming here as a kid when Dad was racing and then supporting my brothers here. There was a time when I knew every inch of the grounds, from the BMX track to the front office, campgrounds, tunnels and all the snack bars. It’s a very familiar and comfortable place for me.”

Through the years, Indy’s mystic has translated into five trips to the winner’s circle for Coughlin. He claimed the sport’s top individual prize in Pro Stock in 2000, 2002, and 2009, conquered the Super Gas category in 1992, and won the Mopar Hemi Challenge in 2004.

“Indy offers points and a half and I know these Elite guys are ready to capitalize,” Coughlin said. “We’ve had some ups and downs since our win earlier this year in Phoenix but at this point the car is running very well, my driving has been good, and the crew is clicking.

“Any rung we can climb on the ladder before the playoffs start is to our advantage. The points reset after this race and we’ll all be bunched up again so the goal is to put your best foot forward from here on in and see if you can’t make something happen. We want to win this race. We want to be U.S. Nationals champions again. We have everything we need to get it done and we’re anxious to get started.”

“It’ll be fun to see Jeff race in JEGS colors,” Coughlin said. “Not only is he one of the top sportsman drivers of all time but he’s a friend, mentor and trusted colleague who has helped us on a variety of projects over the years. He’s a lot like my father in that he’s so gifted in many different areas. We wish him the best of luck.”