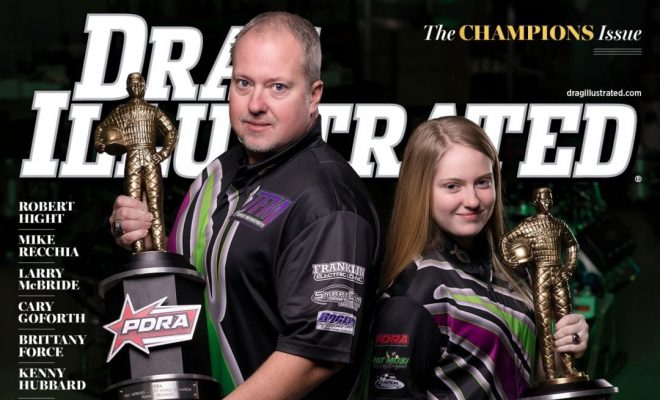 As far as weeks go, Tommy Franklin is going to remember this one for quite some time. The new owner of Virginia Motorsports Park found out on Monday that his track would be hosting the NHRA Virginia Nationals on June 8-10, a date made available following the cancellation of the Summernationals in Englishtown. 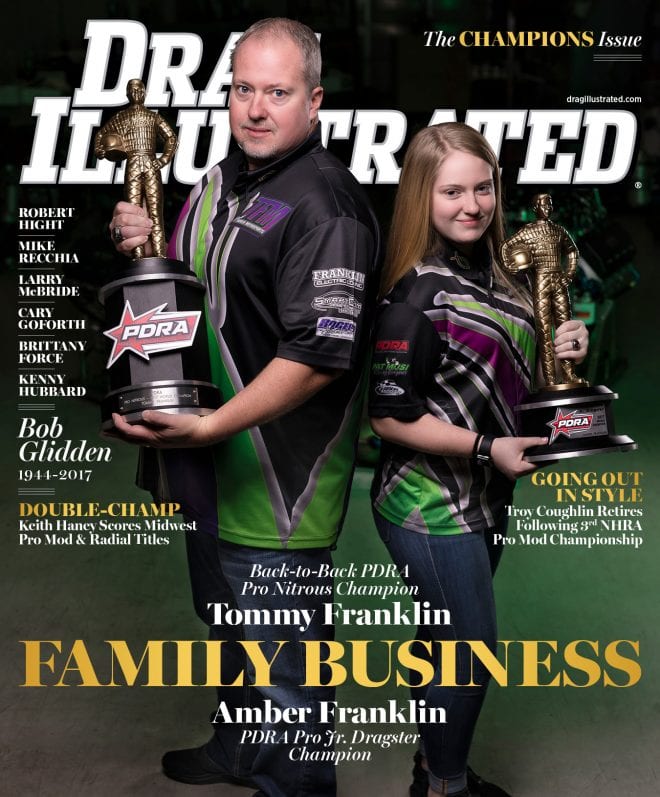 Franklin is enjoying every minute of his life these days, both on and off the track. He clinched a second straight PDRA Pro Nitrous title to end last season, while Franklin and his wife, Judy, purchased VMP in October, fully content with the schedule that was already in place for 2018.

But things quickly changed when Old Bridge Township Raceway Park in Englishtown, N.J., the longtime home of the Summernationals, announced its sudden closing in mid-January. Almost immediately, Franklin fired off an e-mail to the NHRA Division I rep, stating the track’s interest should a date be feasible.

“I had already placed the plug that I would always be interested in entertaining a national event, but we really felt that was a far-fetched idea,” Franklin said. “They have 24 solid events and it would really take something happening to a market, so when it happened (in Englishtown), I’m like, ‘Oh wow.’”

Franklin got a reply that the NHRA was looking at its options and would be in touch, but things moved quickly. He talked with NHRA President Glen Cromwell, but getting a deal in place to host VMP’s first NHRA race since 2009 seemed unlikely for 2018. But after a pair of successful conference calls on successive Fridays where details seemingly worked out perfectly and quickly, NHRA made the announcement on Monday.

To say it’s been surreal for Franklin would be an understatement, and the response from fans and racers alike supports that notion.

“For the fans of Virginia Motorsports Park, I want a place for people to make memories,” Franklin said. “It’s about what kind of show we can put on. The thing that impressed me from all the fans out there is when Englishtown made their decision, and it’s unfortunate because there’s no replacing Englishtown, but what I saw on social media and everywhere is, ‘Go to Virginia, go to Virginia, go to Virginia.’ That’s just heartwarming to me and we’re determined to make it a great facility.”

That includes redoing the track’s surface, with it being concrete for the full quarter-mile, as well as other cosmetic upgrades. It will be a hectic time, but Franklin can already sense the tremendous anticipation building for June.

“What’s really good is this market wants it,” Franklin said. “For it to come full circle like it has and put a national (NHRA) event on there, it’s almost a fairy-tale. I’m thankful where we’re at and just trying to make something out here great.”

On the family side, appearing on the cover of Drag Illustrated meant a great deal as well. The tight-knit Franklin family has always done things together, and that includes a life at the dragstrip. That’s the way everyone wants it, and they’ve enjoyed impressive success in the process, with Tommy earning his second world title this year and his daughter claiming her first Jr. Dragster championship in the PDRA. 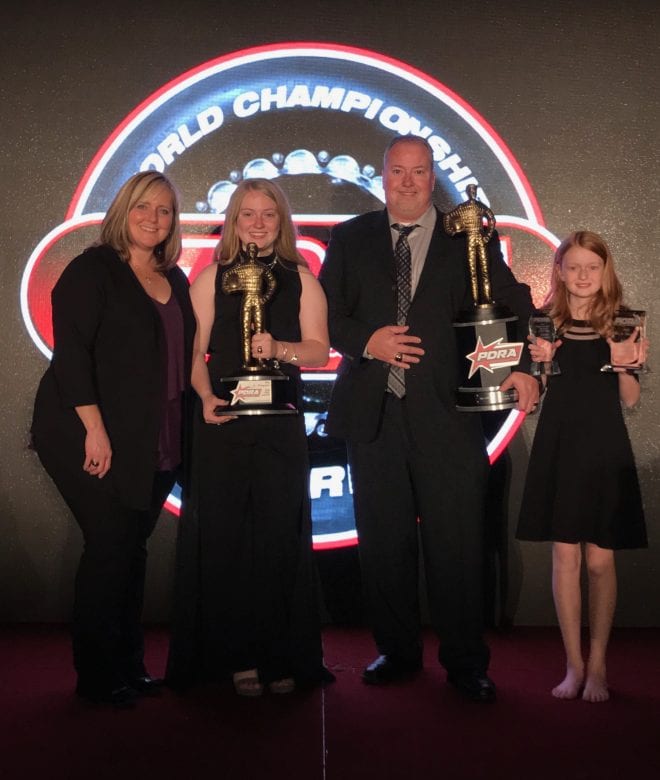 daughter and share it with her, it’s awesome. She loves it, loves, eats and breathes it, and I’m really glad for her. She would rather go to the races with us than anywhere else and that’s what I love. To see my daughter on (the cover), honestly it means more than anything.”

The addition of the NHRA race, which will also include the E3 Spark Plus NHRA Pro Mod Series, certainly hasn’t waned Franklin’s enthusiasm for the PDRA, where he a co-founder and principal owner. A third straight world championship is on his goal list for 2018 against a loaded Pro Nitrous field, and he’s also thrilled for VMP to host two PDRA events this year.

“I’m really pumped about this season in PDRA,” said Franklin, who won’t race in Pro Mod at the NHRA event at VMP. “We’ve got a lot of buzz going right now. The quality of cars that are out there, it’s just unreal. There’s just a huge amount of talent out here in Pro Nitrous. We’re definitely going out there to be fast and win.”