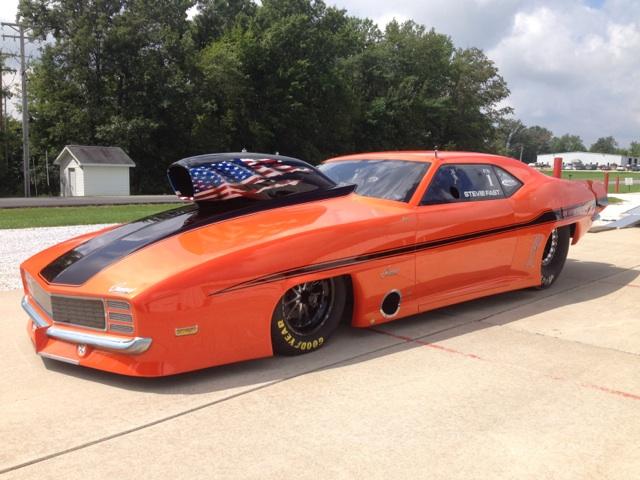 “Stevie Fast” Jackson plans on coming back to Pro Nitrous competition in the same fashion he left it – “kicking ass and taking names” – and his new whip from Jerry Bickel Race Cars is proof positive. Having recently teamed up with Jeff Sitton of Texas-based SEI Oilfield, Jackson and the Killin’ Time Racing team are preparing for a dramatic return to action at the Professional Drag Racers Association’s upcoming trip to Rockingham Dragway on September 4-6.

“There’s a number one on the window for a reason,” says Jackson. “And we’re planning on reminding everyone of it this fall.”

Jackson’s stunning new Bickel-built ’69 Camaro is powered by a 872ci Reher-Morrison Racing Engines powerplant and will be tuned by Jackson and longtime partners in crime Billy Stocklin and Phil Shuler. Jackson wasn’t willing to disclose details, but confirmed the car would utilize a converter-driven automatic transmission.

The Killin’ Time team will be making test sessions at an unknown location next week in preparation for their PDRA debut.