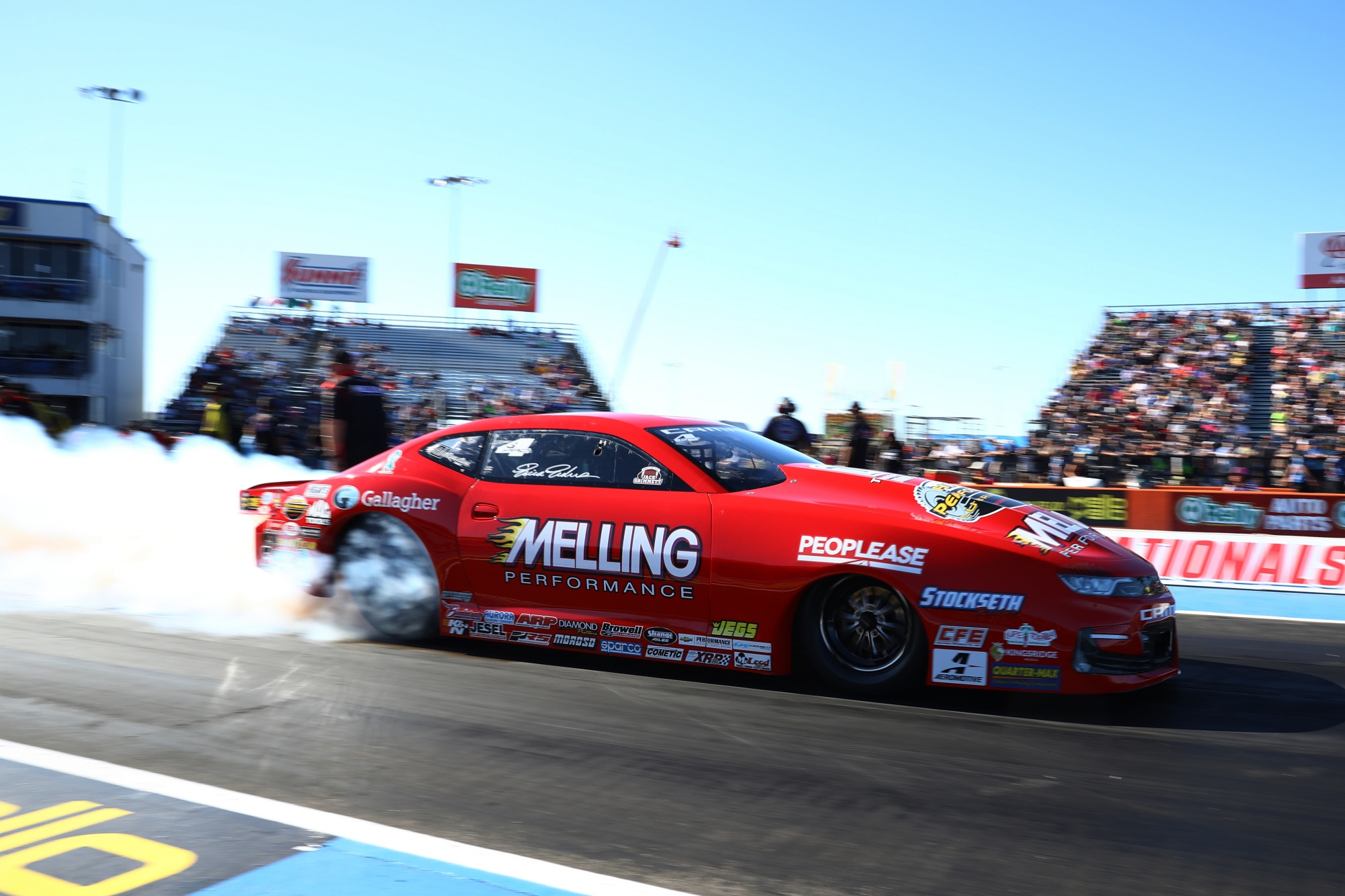 The road to the Pro Stock world championship will have a decidedly Texas feel in this unprecedented 2020 NHRA season, and while that doesn’t give Houston-area native Erica Enders an advantage, it does give the reigning world champ an added dose of excitement for what’s shaping up to be a thrilling championship duel.

The stretch run begins at this weekend’s NHRA FallNationals at the Texas Motorplex in Dallas and it will have Texas-sized implications. The race in St. Louis will be completed on Saturday before eliminations on Sunday, meaning two events will be decided in Dallas. For Enders, who enters the weekend just two points behind leader Jason Line in her Melling Performance/Elite Motorsports Chevrolet Camaro, it puts a premium on performing at a high level in her home state.

“We’re going to go out there and do the best we can,” Enders said. “But I have full confidence in my guys. As soon as I told my crew chiefs we were finishing the St. Louis race this weekend, they were ready. They’re confident we can run well and I definitely have all the trust in the world in them. I want to win this fourth championship so bad and it’s up to us to rise to the occasion.”

Only three races remain in the 2020 campaign, with events taking place in Dallas, Houston and Las Vegas over the next three consecutive weekends. 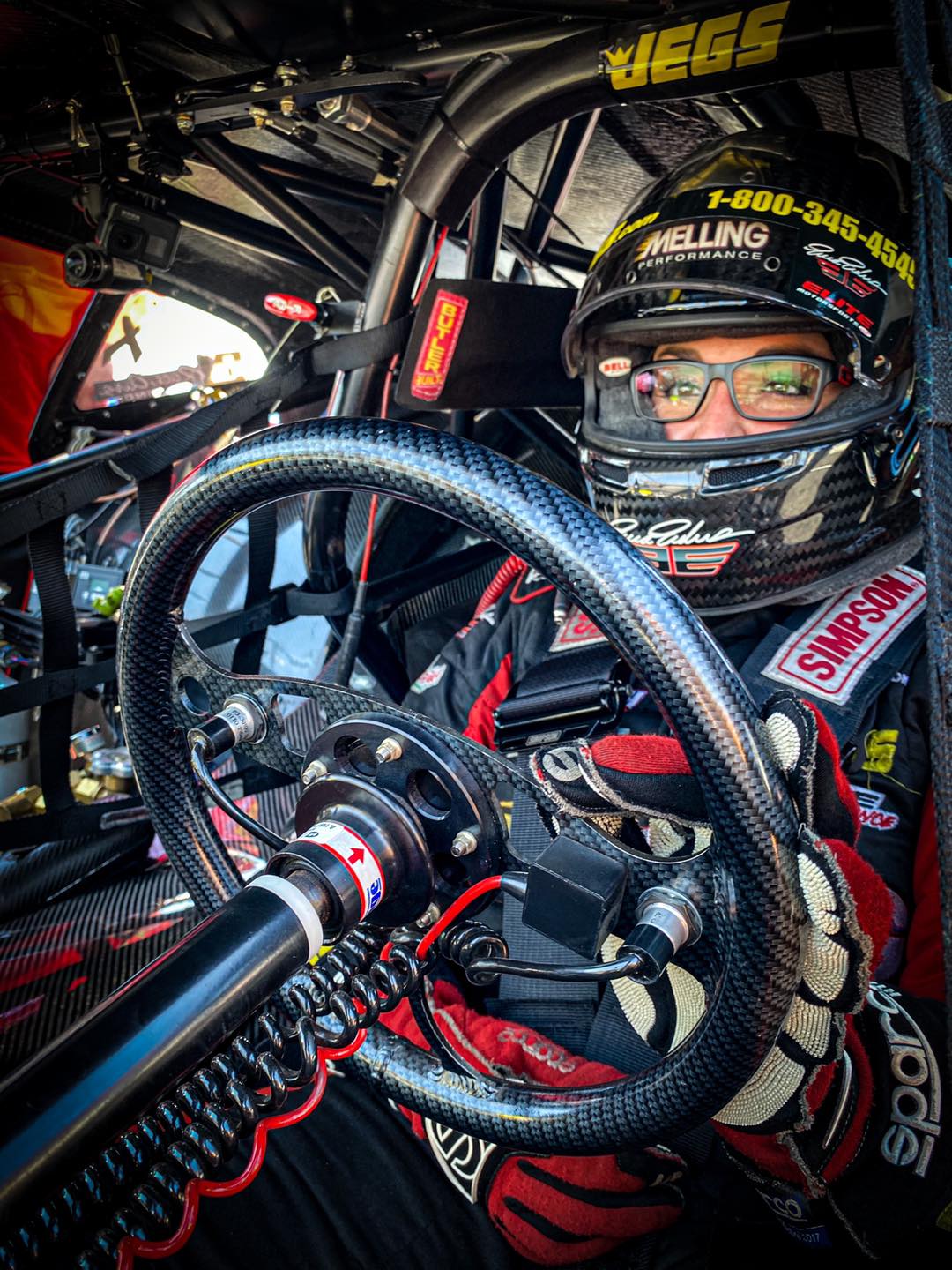 It’s a hectic finish for what’s been a wild start-and-stop year, but Dallas will be extra busy. Weather postponed the finish at St. Louis two weekends ago, and Enders will run her second-round race right off the trailer on Saturday at the Texas Motorplex.

The final two rounds will be completed that day — and serve as qualifying for the Dallas event — before the FallNationals take place on Sunday. All told, Enders, a three-time world champion, has a chance to win seven rounds and two races over two days, which would put her in control of her title destiny heading to her home track in Houston.

“I think it’s really cool that both Texas races play a huge part in this championship,” Enders said. “We feel optimistic and positive about everything, and these next three weeks will be completely dedicated to trying to achieve our goal. We’ve all made a lot of sacrifices to get to this point, so you want to make it worth it.”

Enders and Elite Motorsports teammate Jeg Coughlin Jr., who is just 34 points out of first, are the only drivers in the class with multiple wins in 2020, as each have two.

To get three or even four by the time the weekend ends, Enders, a 27-time event winner, will have to be on her game. She won in Dallas during her 2015 championship season and the potential history on the line this year continues to drive Enders.

After becoming the first female to win a Pro Stock race and a Pro Stock world title, a fourth world championship would give her more championships that any other female in the professional ranks in NHRA history. To get there, though, Enders know she must stay focused.

“It’s going to be a tall order, there’s no doubt about that,” Enders said. “Jeg and Jason are both retiring at the end of the year and they’re going to be giving it everything they’ve got. It’s going to be a battle and every round counts, but it would be great to make some more history. We just have to make each run count, but we really, really want to get this done.”

The second round of eliminations will take place at 12:30 p.m. CT on Saturday, with the semifinals taking place during the second Dallas qualifying round at 4:45 p.m. The final round would take place after the final round of nitro qualifying on Saturday. Eliminations for the FallNationals will begin on Sunday at 11 a.m. CT for Pro Stock. Television coverage includes qualifying action at 7:30 p.m. ET on Fox Sports 1 (FS1), and live eliminations beginning at 2 p.m. ET on Sunday.