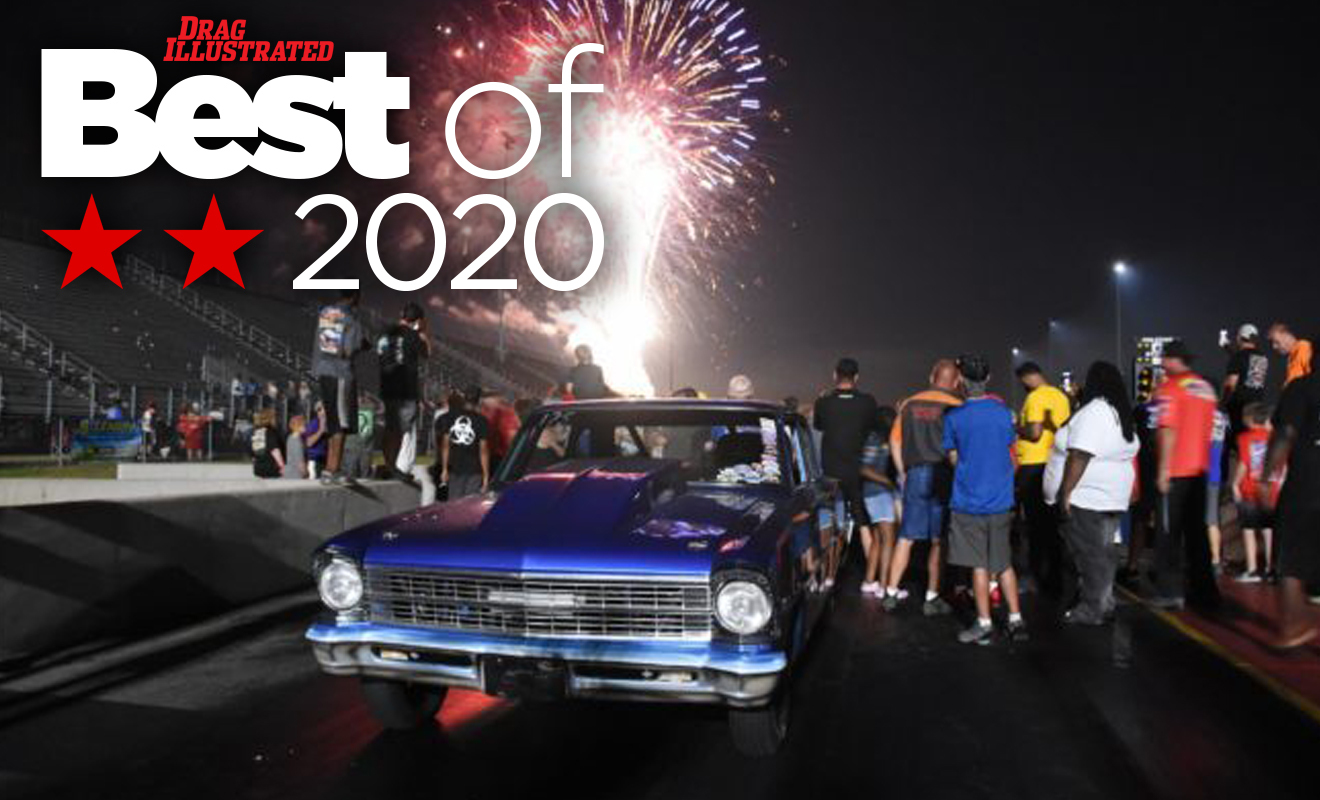 The 2020 racing season might have included a pandemic, but it surely didn’t keep bracket racers away. In fact, the year was arguably bigger than any season in history, with record participants coming out to try in cash in on record purses.

You three million-dollar races, including the JEGS-SFG $1.1 Million race in Martin, Michigan, and the Great American Guaranteed Million, which took place in Memphis. In a sign of ultimate perseverance, Britt Cummings and his team worked through multiple postponements of that race, moving from early spring to late spring and then to the fall, where the event was finally completed.

Through it all, entries rolled in, as the Great American Guaranteed Million sold all of its spots, while the $1.1 Million race at U.S. 131 attracted more than 700 entries. The Fall Fling, SFG 500 and a slew of other big-money bracket races also took place this year, with each drawing massive turnouts. The motive was simple: racers were after the big paychecks these bracket races are now guaranteeing, and it’s a trend that doesn’t seem to be slowing down.

At Bristol, the BTE World Footbrake Challenge drew 550 entries, nearly 70 more than last year’s number, which was a record at the time, and it was a theme throughout the country during what was assuredly a challenging 2020 campaign. Racers, though, simply wanted to compete for big money and any race where there was a strong purse, there was bound to be an incredible turnout.

“To be able to go to one venue and race three, four or five times within four days, that’s a big draw. With what’s going on in the world, bracket racing is thriving because of having that multiple chances to race in one weekend. That makes a big difference and we’ve been very fortunate,” promoter Kyle Seipel told Drag Illustrated earlier this year.

Undoubtedly, bracket racing is as big as it has ever been and thriving in ways nobody could have predicted. Doing so in a year like this and coming out strong bodes well for the future as well. The purse seems likely to only grow from here and racers will have an abundance of chances to win big in 2021. Without question, the million-dollar races aren’t going anywhere and, if anything, will be even bigger next year.

But that’s only because racers answered the bell in 2020, continuously proving they want to be part of big-money events no matter.

“People just wanted to get out there and race so much,” promoter Kyle Riley said. “It might have been test-n-tune or a race, but people have just wanted to race. It’s an important time. I feel very good about it and I feel like bracket racing is thriving. I believe next year will be huge because it goes back to the original schedule, and all of these races will be far enough apart from each other.”