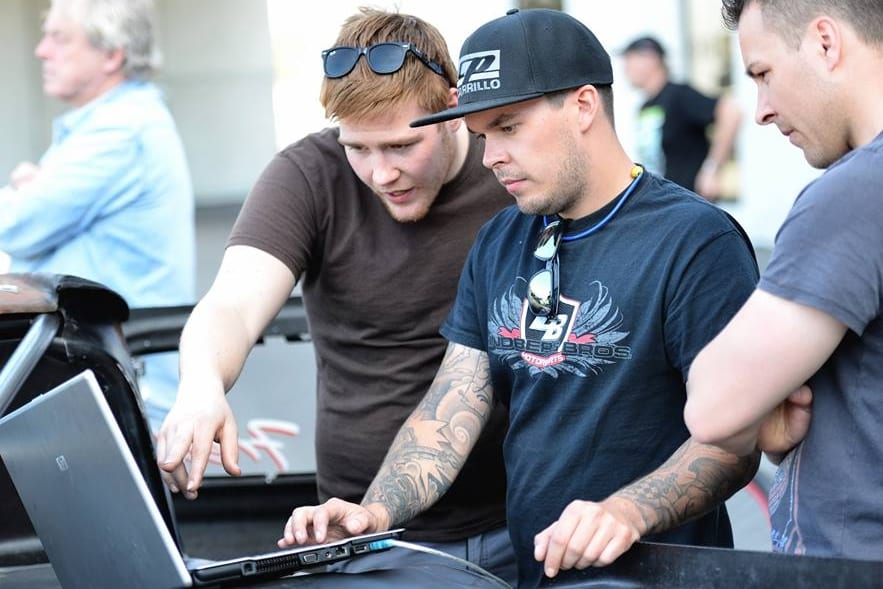 Sweden’s Dennis Klangebo (pictured above, left, with Jonnie Lindberg) grew up at the drag strip, first tagging along with his father before his untimely passing when Dennis was 5 years old. Klangebo continued his childhood trips to the track with his older brothers, who worked with a local Pro Street team that eventually gave Dennis his first opportunity to work on a race car. Several years later, he joined a FIA Pro Mod team and really began digging into the tuning side of drag racing.

“I think my fascination with tuning first started when I started doing the Racepak stuff,” Klangebo, 26, says. “You can get the data and actually see everything. When you’re standing on the line looking at a car, you’re like, Yeah, that must have been too low on wheel speed so it shook. Then you look at the log and it was actually too high and it spun. I like seeing that. The data never lies.” 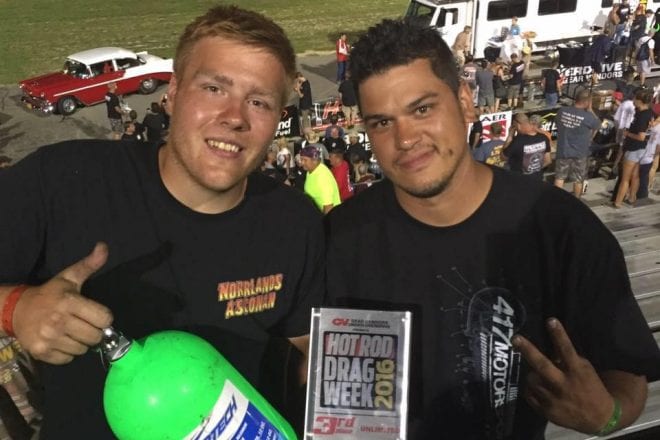 Klangebo’s youth and subsequent interest in electronics made him a perfect fit as the tuner for Michael Joneskog’s turbocharged ’68 Camaro competing in FIA Pro Mod, as well as for Magnus Frost’s wild Opel Ascona, which finished third and second in the Unlimited class in its last two attempts at Hot Rod Drag Week here in the U.S. He’s also become a source of guidance in the Swedish pits.

Klangebo, who’s leading Frost’s effort to build a steel-bodied Opel Ascona Pro Mod with Pro Line power for 2018 Drag Week competition, recently had his work in drag racing validated in the form of a job offer from Koenigsegg, the Swedish supercar manufacturer.

“Racing has taken up a lot of time, and it’s always been like a hobby,” Klangebo admits. “I’ve been questioned by people like my mom and my friends: How can I take so much time for racing? I do it because it’s fun, but it always felt like if I put in the hours and learn everything, it would probably lead to something else. This is the first time I’ve felt like that came true. It’s pretty cool that a hobby can also turn into a job opportunity.”