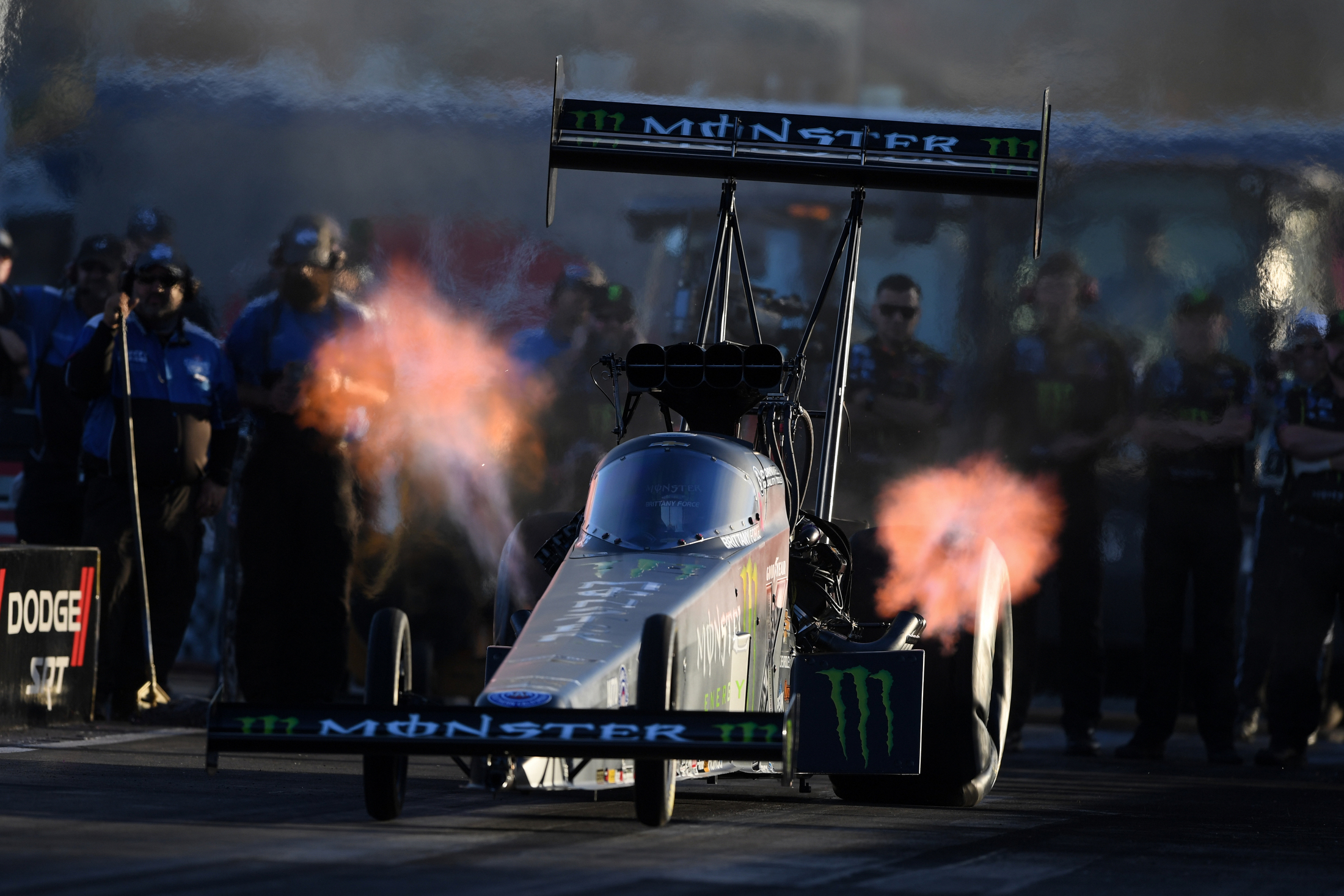 Coming off a second-place finish for the 2021 NHRA Camping World championship, Brittany Force and the Monster Energy / Flav-R-Pac Top Fuel dragster team have some unfinished business as they head to the season-opening Lucas Oil NHRA Winternationals at Auto Club Raceway at Pomona.

Crew chiefs David Grubnic and Mac Savage took full advantage of testing at Wild Horse Pass Motorsports Park just outside of Phoenix. They tested various engine combinations looking to add to the performance they had in 2021. With nine planned shutoff attempts that showed quality early numbers including .816-seconds at 60 ft. and 2.075 at 330 ft, the Monster Energy / Flav-R-Pac team are sure to be championship frontrunners.

“There’s a lot of momentum going into this season. We got to put a number two on our car. That number two, I’m very proud of that,” said Force. “This Monster Energy / Flav-R-Pac team worked hard to get there – it wasn’t easy. Based off how we did last season, we feel good coming into this season. We have a strong team, strong car. We have two new additions to the team, and out at testing, they’ve done great, so I’m excited to see what we can do.”

Force has been the No. 1 qualifier each of the last two years at the Winternationals event and is the track record holder for speed at 336.23 mph (Feb. 9, 2020). She is trying this year to become the fifth different John Force Racing team driver to win the season-opener after her dad John Force, her sister Courtney, Robert Hight and Tony Pedregon. Force is competing for her first win at the season opener but has a notable win at the season-ending Auto Club Finals at Pomona from 2017, her championship year.

“I’m excited to be back at Pomona. The off-season went by quick, but that’s what we want,” Force said. “We’re ready to get back out there with our team and our car doing what we love. And we’re hoping to start the season strong – chase down that number one qualifier and go out on race day, go some rounds and win this thing.”

Qualifying at the Lucas Oil NHRA Winternationals at Auto Club Raceway at Pomona begin Friday with a session at 4:30 p.m. before continuing Saturday with sessions at 12:30 and 4:30 p.m. Eliminations are slated to start Sunday at 11 a.m. Television coverage of the season opening event will be aired on FOX Sports 1 (FS1) and begin with two qualifying shows, Friday at 10 p.m. ET and Sunday at 7 a.m. ET, while eliminations will be on Sunday at 10 p.m. ET.