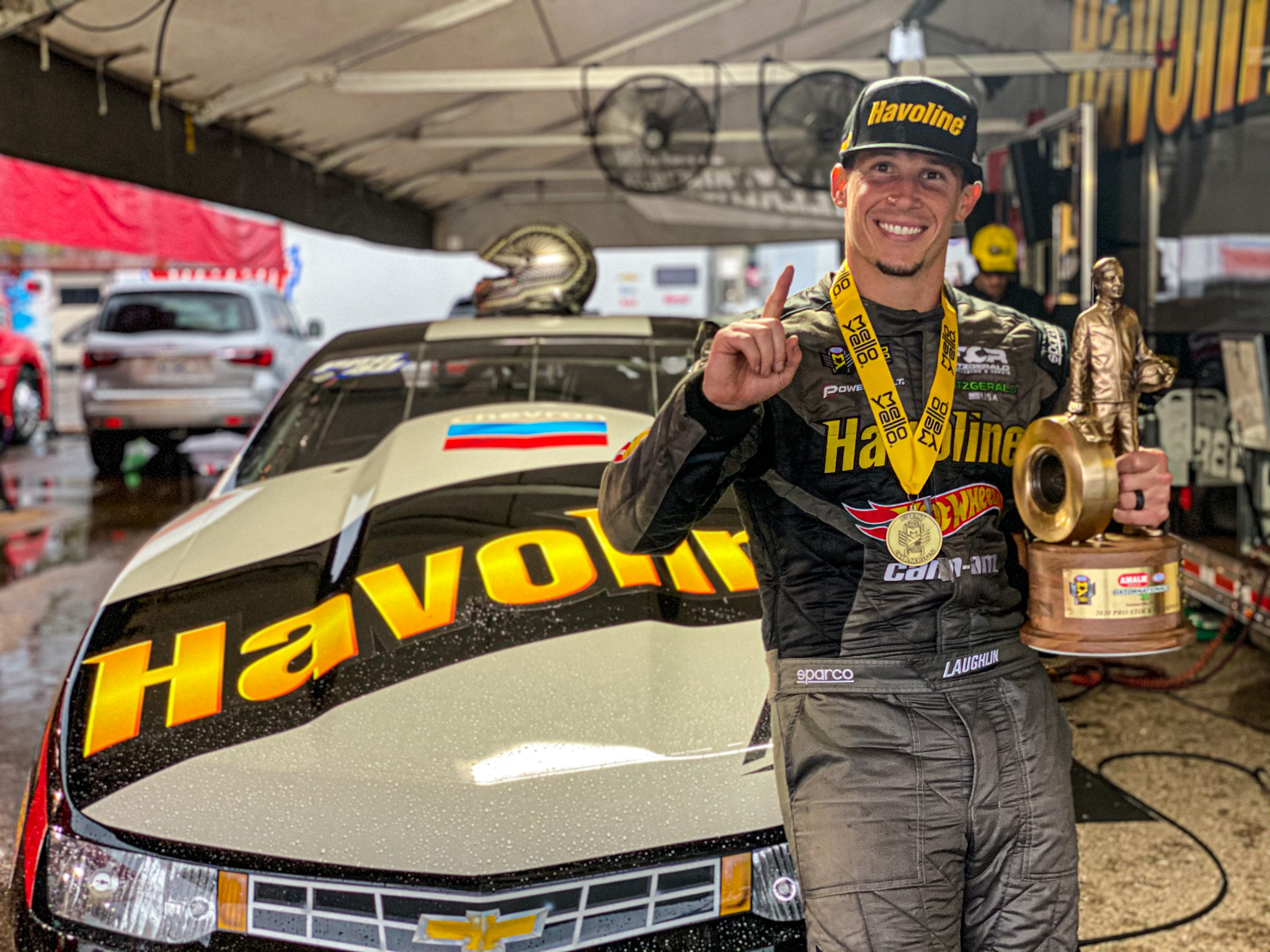 If we’ve learned anything in the past two years, it’s that Alex Laughlin knows how to perform when the lights are brightest.

He proved that again on Sunday, winning the NHRA Gatornationals in Pro Stock, turning around a difficult season and giving him another major victory.

Since 2019 started, Laughlin hasn’t won every race, but he’s certainly won the biggest ones. It’s a list that now includes Lights Out 10, the U.S. Nationals (for the first time), the Drag Illustrated World Doorslammer Nationals and now the Gatornationals. He’s won the biggest races in Radial vs. the World, Pro Mod and NHRA Pro Stock, a definite nod to his uncanny ability to rise to the occasion when the spotlight is the biggest.

“We’re at least doing something right. There’s no doubt it takes some luck, but you definitely have to be prepared to do the best you can, and be ready and competitive when it counts,” Laughlin said. “It feels good and (Sunday) was one of those days when all the stars aligned. My goal is to bring home one trophy a year. I’d love to win them all, but my goal is to get one win a year. It’s been weird how it’s been the big ones, but when it’s your day, it’s your day.” 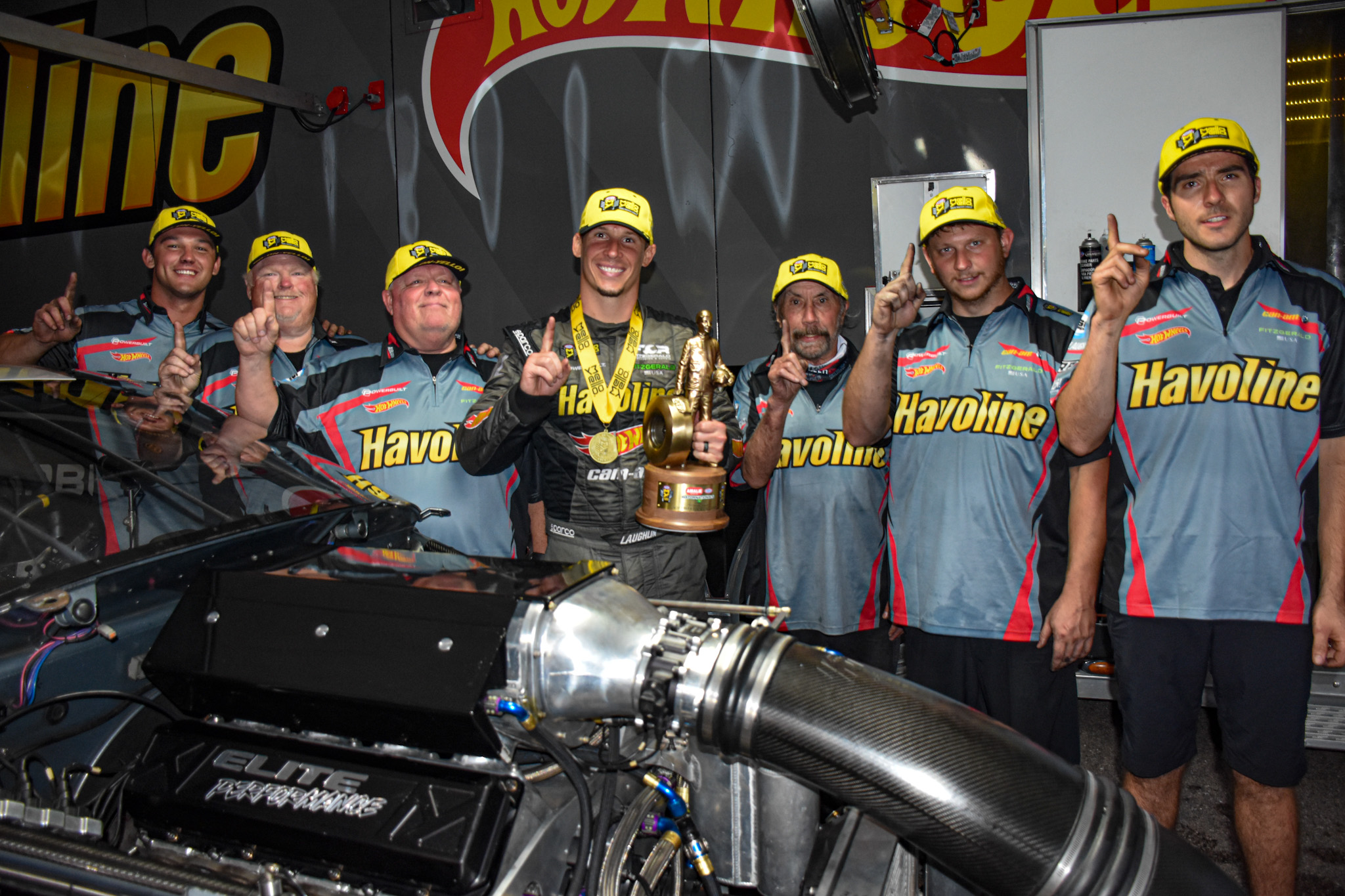 Sunday was definitely Laughlin’s day, more than making up for the heartbreaker he suffered at the Gatornationals in 2019. His engine was hurt in the burnout in the final round, leaving him unable to run, a crushing blow for a weekend that appeared to be aligning with a Gators victory.

But Laughlin more than made up for at the 51st running of one of NHRA’s “majors,” striking an eerie similarity to what Elite Motorsports teammate Erica Enders pulled off at Indy earlier this month.

She lost in the final round in devastating fashion at the U.S. Nationals a year ago — to Laughlin, no less — when she appeared to have the stronger car, but Enders redeemed herself with an impressive Indy victory this year.

Laughlin repeated the scenario this weekend, taking his Havoline Chevrolet Camaro to the winner’s circle after beating teammate Aaron Stanfield in the final round.

“It’s just so storybook, and it follows Indy where Erica got straight up robbed last year and then comes back and wins it this year. The same thing happened to me in Gainesville, so it seriously feels like a storybook weekend,” Laughlin said.

“It couldn’t have played out any better, getting the win this year. This place has been good to me and where I got my very first round win in Pro Stock in 2016. Even after Q1, I told my guys on the radio we were good to go. I just went into raceday feeling like it was our day.” 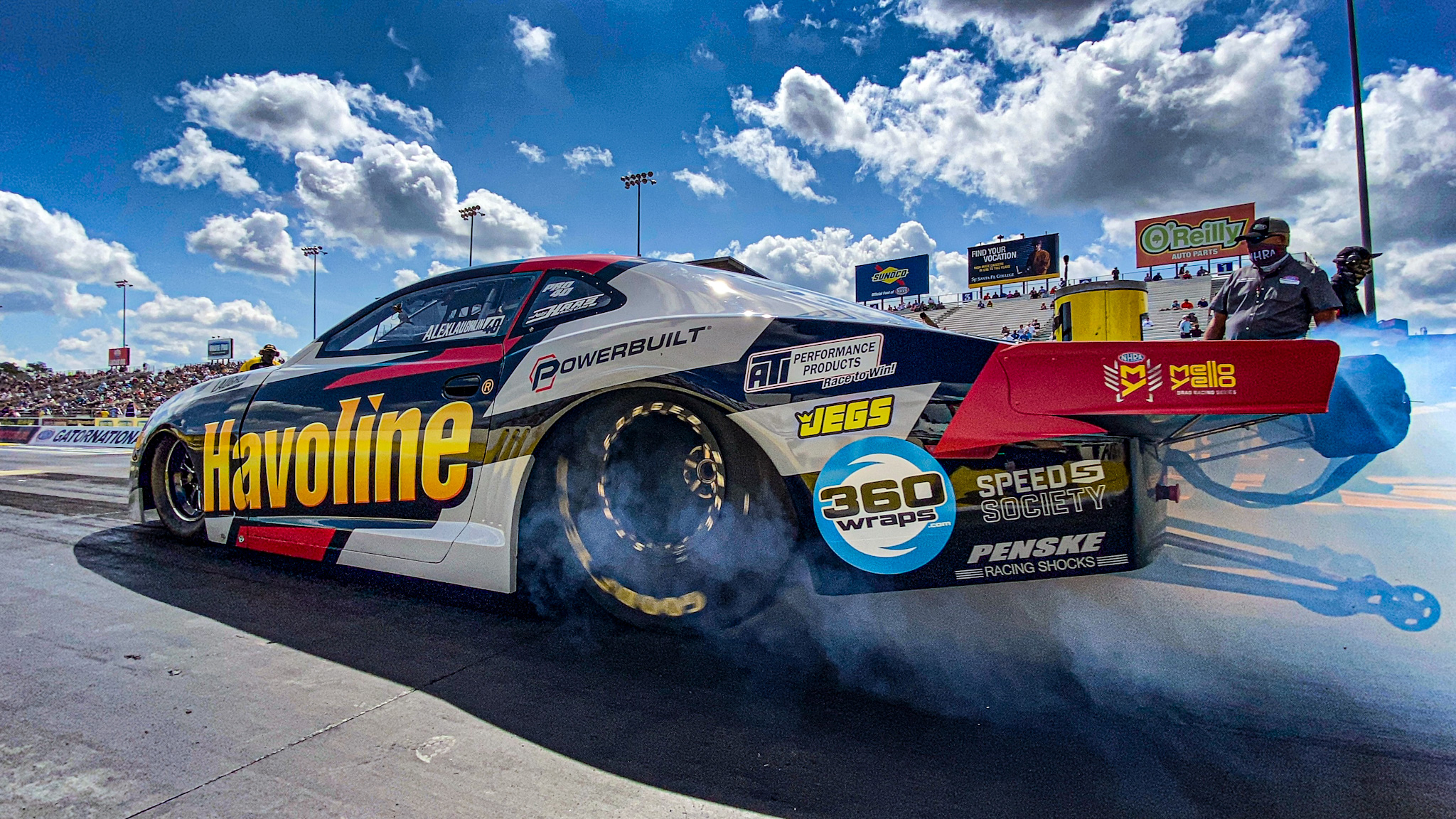 That hasn’t happened much this year — at least in Pro Stock – and the team underwent significant changes before Gainesville. Laughlin had a number of new teammates, including a new engine person and back half crew member, while Mark Ingersoll took over tuning duties.

It paid off almost immediately, as Laughlin qualified fourth with a run of 6.615-seconds at 208.42. He was consistent in eliminations, with back-to-back 6.61s to move into the semifinals. There, he beat No. 1 qualifier Deric Kramer with a 6.641 at 206.76 before meeting up with Stanfield.

It wasn’t pretty in the championship round, as both cars shook early, but Laughlin stayed in it and his 7.068 at 204.76 won easily.

The team seemed to come together quickly and Laughlin continued to show improvement on the starting line. He was .021 in two separate round wins, and then pulled off an .012 in the final round. It’s an aspect he was focused on during the five months off between Pro Stock races during the COVID-19 pandemic.

He drove a different Camaro from the Elite Motorsports camp during the downtime, learning a few important nuances off the starting line, and Laughlin has seen it pay off.

“I had always used my heel on the clutch pedal and the car I was driving (during the downtime) wouldn’t allow that,” Laughlin said. “I changed it up and my reaction times started dropping. That’s where I’ve been missing it. Everything has been so much better and going into the final, I said I was going to have a good number and I was .012.”

It completely turned around what had been a topsy-turvy year for Laughlin. It started with the WDN victory in Orlando, but not much had gone right in Pro Stock. But the Gatornationals victory vaulted him to fourth in points and now he heads to St. Louis – the site of his first career Pro Stock win — hoping to keep the good vibes going.

“It was just awesome to win,” Laughlin said. “It feels good, and that momentum and confidence helps a ton. St. Louis will always be special. It’s so hard to win in general and even harder to win back-to-back races, but it would be awesome to win there.”