It has far too long since Carl Stevens Jr. last raced a Pro Mod. So long, in fact, the former World Series of Pro Mod champ has been getting a little restless.

The good news is Stevens won’t have to wait much longer. He’s set to take delivery of a new ProCharger-powered car in early 2021 with plans to run the CTech World Doorslammer Nationals in Orlando in March and then the full NHRA Pro Mod season.

He hasn’t driven a car since October of 2019, meaning he’ll have been out of action for nearly 18 months by the time his 2021 season begins.

Stevens has stayed plenty busy at his shop, but he’s anxious to get back behind the wheel.

“I’m fired up and really excited about it,” said Stevens, who won the 2018 WSOPM. “It’s been five years since I raced my own deal all on our own. You miss being able to do whatever you want with parts and all that, so I’m real excited about all that. I feel like the sky is the limit for us.”

It’s a huge step forward for Stevens to run the full quarter-mile NHRA Pro Mod schedule. The longtime standout and tuner extraordinaire only has a handful of races in the class and series under his belt, but Stevens is ready to make an immediate impression.

With an in-house dyno and a creative tuning mind, Stevens could certainly have a strong impact in the talent-filled class. He’s eager to test the potential of some of the ideas he has with the ProCharger set-up and Stevens is more than willing to try new things.

“I’ve got some different ideas as far as some chassis things and a whole new engine combination that hasn’t been run yet. I’m real excited about that,” Stevens said. “Between our dyno and being able to test, there’s all kinds of ideas I’d like to try. You’re constantly trying to evolve in this deal. Everything is evolving and then you want to apply it to the next project.”

The ideas have been flowing with Stevens packed to the gills with work in his shop.

While he didn’t race or tune as much in 2020 as he would have liked, his shop was extremely busy with building engines, fabrication projects and much more.

That certainly kept him busy, but Stevens remains a racer at heart. Driving Jim Bell’s car in the quarter-mile, Stevens put together a number of strong performances, including the $100,000 win in Denver.

He’s used to making his own tuning cars, and now Stevens will have his own car to do it. While he waits for the new car, Stevens will continue to work on every aspect of the upcoming season.

That means getting the truck and trailer ready — something Stevens hasn’t had to do in quite a while — but it creates plenty of anticipation for the 2021 season as well.

Stevens has long been a top name when it comes to tuning prowess and performance numbers, putting up stellar numbers in both the eighth-mile and quarter-mile. The possibilities seem endless with the ProCharger combination that has taken the class by storm, which adds one more layer of excitement for Stevens.

But just getting to race again after not doing it for so long may be the biggest source of joy for Stevens.

“We’ve been real busy. We’re actually working on getting the engines ready while we’re waiting on the car, plus the transmission, converters and all the parts and pieces we want to try this year” Stevens said. “There’s a tremendous amount of preparation getting everything organized and ready, but that has us all excited. We can’t wait for the season to start.” 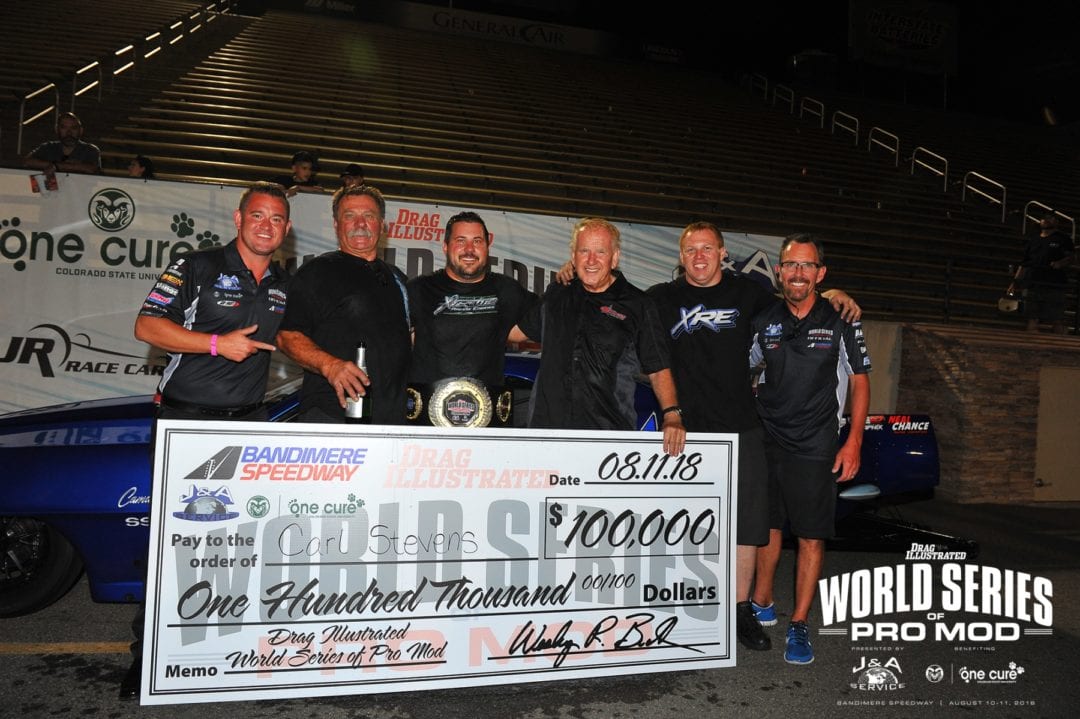