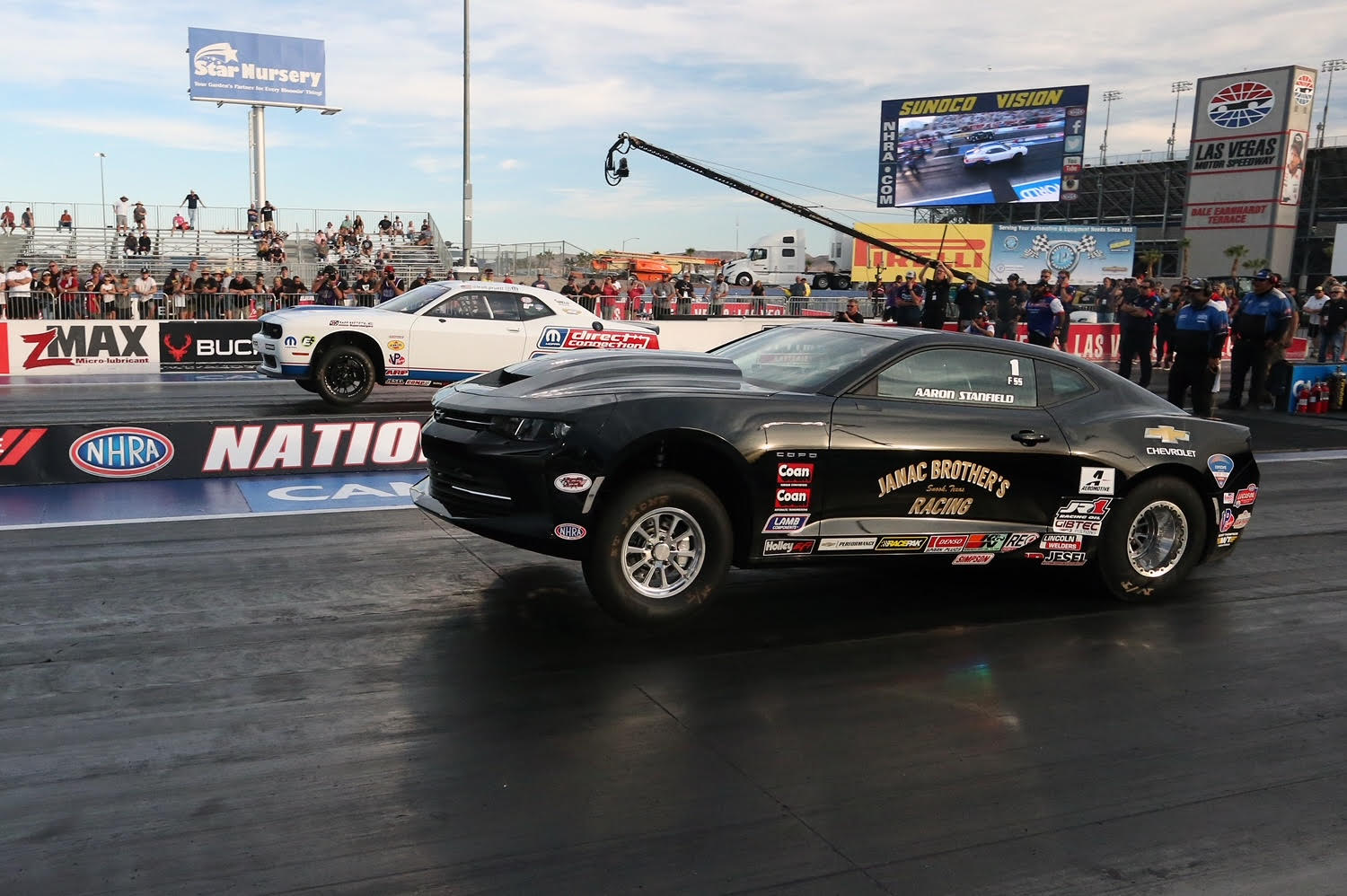 As the 2021 Constant Aviation Factory Stock Showdown season came to a close at The Strip at Las Vegas Motor Speedway, the newly crowned Factory Stock Showdown champion Aaron Stanfield won for the second race in a row and third time in 2021. The driver from Bossier City, Louisiana, drove his Chevrolet Camaro to four win lights and ended the season in dominant fashion at the 1,000 NHRA national event.

“This is our second win in a row and after winning the championship this is kind of icing on top,” said Stanfield, who entered the race as the No. 2 qualifier. “It was cool to get a win at the 1,000 NHRA event. I had a good race car all day. It was fast and consistent. We hopped it up just a little bit for Leah in the final round and it paid off.

In the first round he outran Dan Condon with his best run of the weekend, 7.900 seconds at 173.16 mph. In the second round he faced reigning U.S. Nationals champion Jesse Alexandra. Both cars launched together but it was Stanfield who had more power at the finish line getting the win 7.936 to 7.967 seconds, respectively.

Going into the semifinals Stanfield was up against Jason Dietrich. Dietrich got the jump off the line but once again Stanfield was able to reel his opponent in at the finish line to reach his fifth final of the season. Stanfield would face Leah Pruett in the final in a classic Chevrolet versus Dodge battle.

Stanfield was looking for his third win of the season and his fourth-round win over Pruett. The Dodge Drag Pak and Pruett took a slight starting line advantage but by half-track Stanfield was pulling away for the win. When he crossed the finish line his scoreboard lit up with a winning time of 7.903 seconds at 173.49 mph.

“We have been working really hard to try and find some power the past couple of races,” said Stanfield. “Driving this Factory Stock Camaro is a blast. Our team puts blood sweat and tears into the program so to be able to see your hard work come to life is special. To get to race with family those are cool things that not many people get the opportunity to experience.”

Four drivers took their best shots at trying to take out Stanfield to collect the $1,000 Constant Aviation Factory Stock Showdown Bounty. For the first time in 2021 the bounty was not paid during one of the national events.