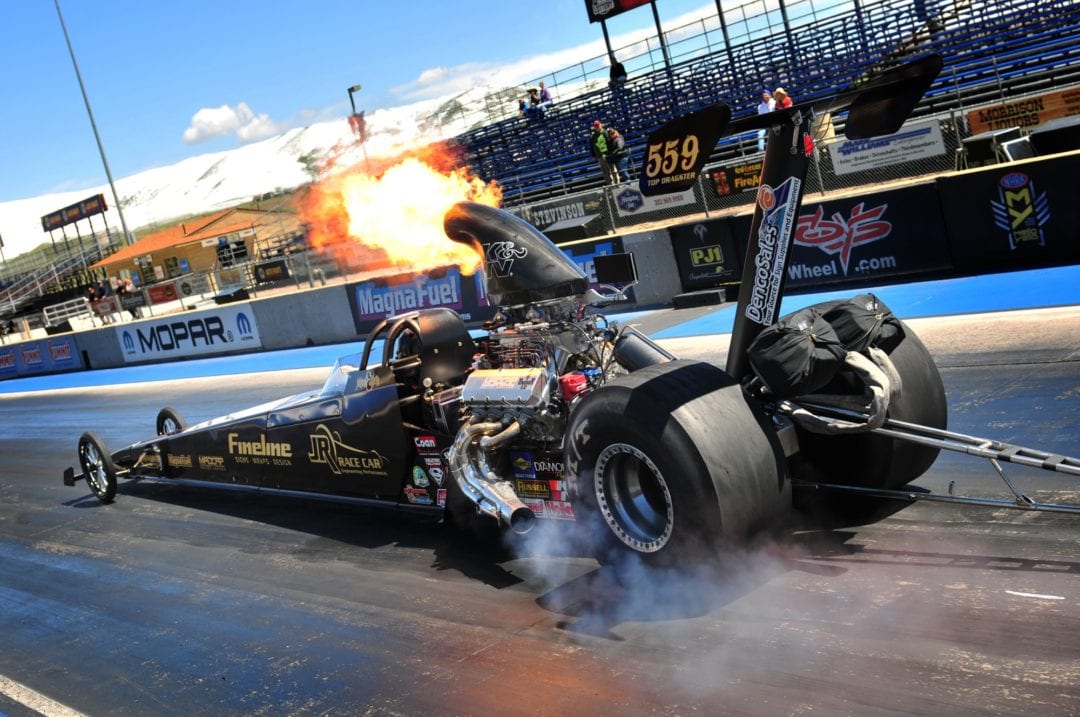 MagnaFuel has stepped up to present a pair of $2,500-to-win shootout races for Top Sportsman and Top Dragster competitors at the Drag Illustrated World Series of Pro Mod presented by One Cure and J&A Service, Aug. 4-5, at Bandimere Speedway. The MagnaFuel Quick Star 16 (door cars) and Pro Star 16 (dragsters) Shootouts will supplement the $10,000-to-win Aeromotive Wild Card Shootout and $100,000-to-win World Series of Pro Mod.

“Top Sportsman and Top Dragster are the perfect complement to the Pro Mod show we’ve put together,” said Drag Illustrated Editor-in-Chief and race founder Wes Buck. “When we were laying the groundwork and putting together the class structures for this event, adding Top Sportsman and Top Dragster just made perfect sense. These are world-class cars, world-class drivers and wonderful people; really, in our opinion, two of drag racing’s most exciting and fastest-growing categories. You hear me talking about our efforts to ‘Make Drag Racing Great Again’, and these are some of the guys who are out here doing just that. They’re racing week in and week out for all the right reasons. We share their passion, and we’re excited to have them racing with us at the World Series of Pro Mod.”

Racers competing in the MagnaFuel Pro Star 16 Shootout and Quick Star 16 Shootout will receive three qualifying sessions on Friday, Aug. 4. The 16-car qualified fields will race on Saturday, Aug. 5, and will follow standard Top Sportsman/Top Dragster rules. The winners of the two MagnaFuel Shootouts will square off for a $1,000 “King of the Hill” bonus race.

“I have to thank Robbie (Ward) and the whole team at MagnaFuel for jumping at the opportunity to be involved with this inaugural event,” Buck added. “The World Series of Pro Mod includes a lot of new and exciting things, from the way we’re running the race to the way we’ve promoted it, and it’s important that everyone we have involved share our vision. It’s important that we’re all working towards a common goal. Robby and the team at MagnaFuel have been on-board since the word ‘Go’. We’re infinitely thankful for their support.”

Pre-entry for the MagnaFuel Shootouts is required and can be arranged by contacting Nate Van Wagnen at (440) 986-1480 or by email at [email protected].

The Drag Illustrated World Series of Pro Mod presented by One Cure and J&A Service is Drag Illustrated’s first foray into race promotion. The inaugural event combines several unique elements to create a first-of-its-kind drag racing entertainment property. The 16-car field will consist of 14 invited drivers, one winner of a fan vote and the winner of the $10,000-to-win Aeromotive Wild Card Shootout taking place on Friday, August 4. Drag racing’s future stars will also be able to take part in the history-making event thanks to the JR Race Cars 7.90 Shootout open to all 7.90-index Jr. Dragster drivers.

For more information on the Drag Illustrated World Series of Pro Mod presented by One Cure and J&A Service, please visit www.WorldSeriesofProMod.com.