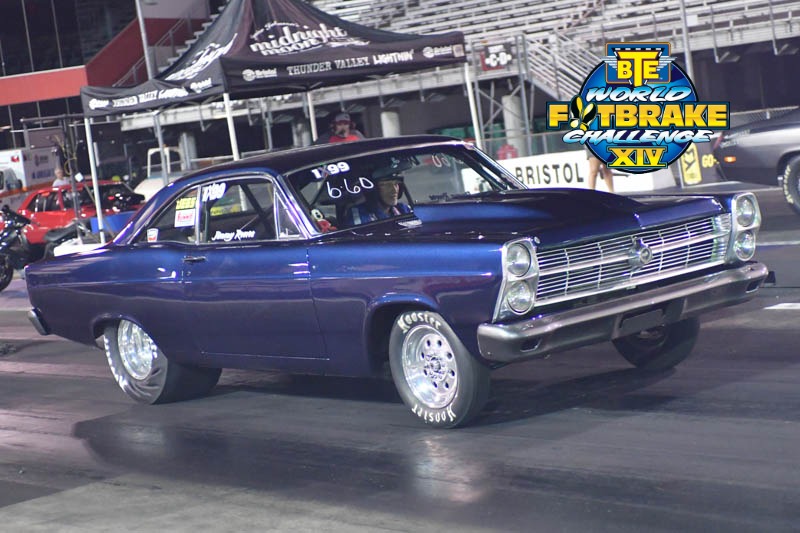 For the 14th consecutive year, the BTE World Footbrake Challenge makes its return to Bristol Dragway’s historic Thunder Valley this week. Some of the best Footbrake racers in the country will descend upon the famed drag strip, “swapping feet;” as that style of racing is called; as they leave the starting line with wheels-up performances.

The action begins on Thursday with a Test & Tune session followed by the first of two WFC Gambler’s Races. Last year’s Gambler’s Races were curtailed to only one because of weather, but the winner that first night was Jimmy Reeves from North Carolina who also reigned supreme as the winner of the Saturday $10,000-to-win main event. The purse for this year’s Thursday night gambler’s race, has been increased from $3,000 to win, to $5,000 to win with no additional entry fee. This change was made as a thank you for the record amount of pre-entries.

Friday, Saturday and Sunday are three separate $10,000-to-win races with Fourth of July celebrations to take place on Saturday.

The event boasts six rounds of round prizes, along with special awards for the racers. Hoosier, BRODIX, JEGS, Moser Engineering, AutoMeter and Plourd Racing Products will award the best losing package prizes in rounds 1-6. JEGS is sponsoring the ‘Hard Luck’ award, while BRODIX is supplying a gift certificate to the “Long Distance” racer. Richardson Boyz will award a new billet steering wheel to the Best Appearing Car and Loose Rocker Promotions will offer a FREE entry to their Colonial Classic event, July 31-August 2.

Pre-entry for the event began earlier this year offering a discounted price and the numbers were quite high prior to closing. Gate entries are still accepted albeit not at the discounted price.

“We were mildly surprised at the amount of pre-entries even considering the pandemic,” said co-promoter Jared Pennington. “It just shows that the racers want to race. Last year we had close to 500 entries and we expect at least that amount this year.”

Along with co-promoter Steve Stites, he and Pennington have put on quite a show and the excitement builds each and every year.

The gates at Bristol Dragway will open at 9:00 AM on Thursday with opening day time trials beginning at noon. Eliminations for the first WFC Gamblers Race will take part at 5 PM.

MotorMania TV will be on hand to stream the entire event on the internet thanks to sponsorship from JEGS. The live stream will begin with Friday’s eliminations.

For race results and more information, log on to www.worldfootbrakechallenge.com.