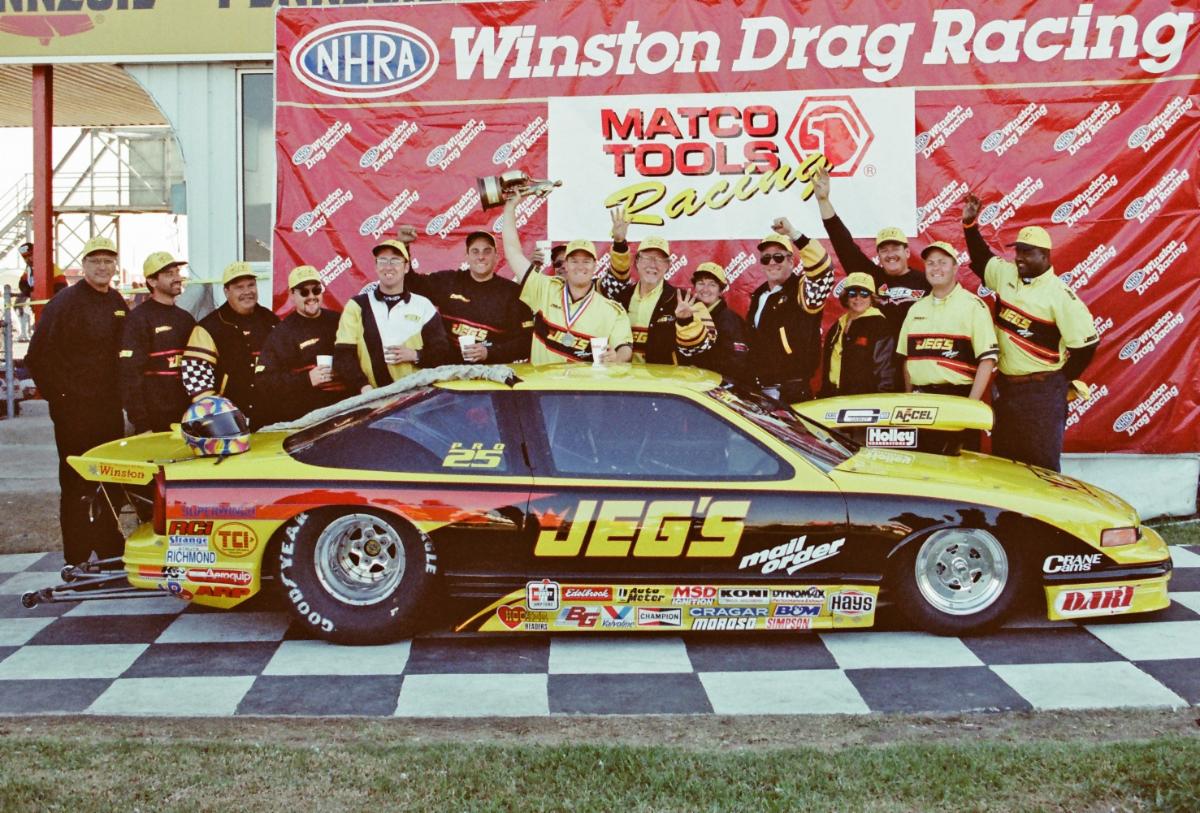 The year was 1997 and when the NHRA schedule rolled around to the second Houston race of the season, which took place in late October at Houston Raceway Park, the entry list had a new name on it — Jeg Coughlin Jr. By the end of the weekend, the record books also included that name as the surprise winner of the event.

Although he was a well-respected and championship-winning driver in the Sportsman ranks, Coughlin’s late-year foray to Baytown, Texas, marked just his second start in Pro Stock. He had debuted the prior weekend in Dallas and had plans to finish the year in Pomona, Calif., but he was mainly thinking about getting a little seat time and prepping for the 1998 season.

“I’ve always had lofty expectations and goals, no matter what I was competing in,” Coughlin said. “But that weekend in Houston, so very early in my Pro Stock career, really exceeded anything I could have imagined.”

To commemorate this particular piece of Coughlin’s history in a season where he is closing out his full-time professional racing experience with the “Breaking Barriers Tour,” Team JEGS has recreated the exact paint scheme from the winning car on his current ride — the lightning-fast JEGS.com Elite Motorsports Chevrolet Camaro.

“We’ve done a lot of special projects over the years but I’ll admit this one’s gotten me as excited as any I can remember,” Jeg Jr. said. “When Woody (Scott Woodruff, director of media and motorsports at JEGS) came up with the idea to recreate that car and showed me a couple of sketches they’d been working on the memories came flooding back. That was such a surprise win and certainly you never forget your first victory.”

Without question, Coughlin had the pedigree to win at the top level of the sport, even back then. His crew chief in those early days was his Hall-of-Fame father Jeg Coughlin Sr., the founder of JEGS Automotive, who had raced in the factory hot rod class himself back in the 1970s. Plus, Jeg Jr.’s older brother Troy had been competing in the high-profile category for three years and was still very active.

“I actually remember feeling pretty optimistic going into the event because I had won my first national event in Super Stock at Houston Raceway Park a few years earlier in 1994,” Jeg Jr. said. “You always have a good feeling when you return to racetracks where you’ve won before. Plus, we really had no expectations so there was no pressure. We were just looking to gain some experience and have some fun.

“When you get in a race car, it all just kind of happens. You do what you’ve practiced doing a million times in your head. It has to come naturally because there’s a lot going on in a Pro Stock car. The main thing was we had an eager team led by my Dad, amazing power from the famed Dick Maskin and a young team that was excited about being in the class. They all wanted to give me the best car possible so we had a chance. That’s exactly what they did.”

Although there is some uncertainty as to when this year’s Houston race will take place, Jeg Jr. knows it will be special when it finally does happen.

“I’m excited to see the throwback car in person and get behind the wheel,” he said. “We started the year off on a very strong note and there’s no reason to think we won’t continue when we get back after it. There’s going to be a lot going on when we’re past this current hiatus. The racing will be intense. I can’t wait.”