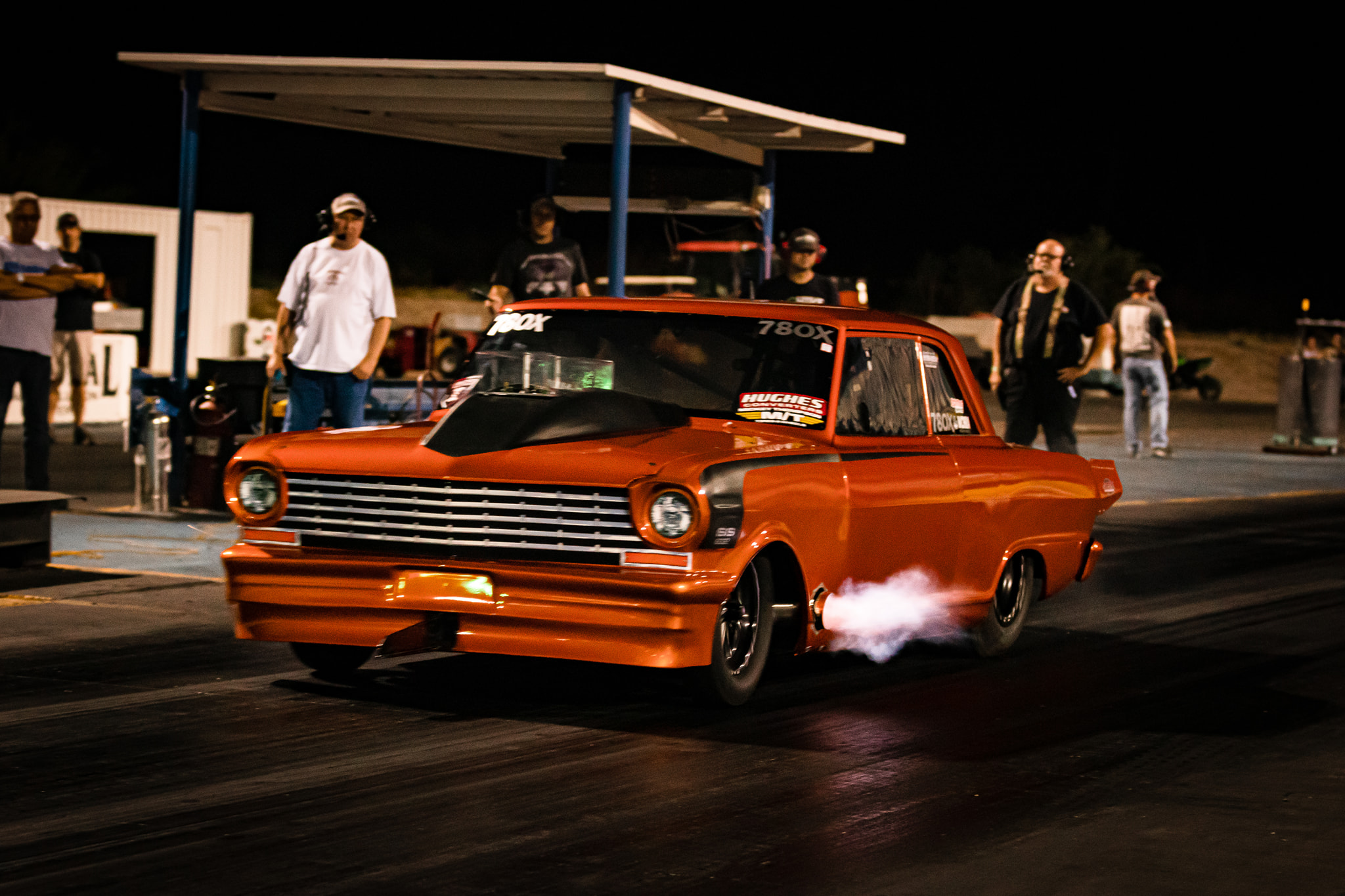 With the temperatures in the high 80’s during the afternoon, it was awesome racing into the wee hours of the morning. West Coast Hot Rod Association brought in Jimmy Bradshaw from Sticky Mafia Track Services, which worked with Matt and the Tucson Dragway crew and they prepped the track to be on kill. We had multiple racers and crew members come up and say how bad ass night racing is and how great the track was! With over 220 cars, it turned out to be the best Tucson race we have had to date!

We had the famous Al Tucci announcing and entertaining on the mic again as the official WCHRA announcer! We were so excited to have him out in Tucson with us again! He will be with us all through the 2020 race season so make sure you come on out and say hello!

Friday was a WCHRA Test N Tune which went off with a hitch like it always does and was capped off with the first Bracket Race of the event for Super Pro and Pro! We had racers come near and far. An Arizona native and previous WCHRA winner Joe Kidd Jr, took the win in Super Pro and Leroy Duran took the win in Pro.

Saturday was intense with racers traveling over 1000+ miles. Everyone wanted a chance to prove their worth, collect the big purses and receive double the points as “The Battle” was a double points race!

Small Tire presented by Menscer Motorsports and RC Components had Mike Orban from Grass Valley, CA in his Procharger powered Camaro take out in the final, Josh Edwards from Chandler, AZ in his Prochargerd Camaroowned by Rick Webb.

Our newest class Nitrous Only presented by Induction Solutions and Mike’s Transmissions had some fierce competitors with Palmdale, CA native Rich Hoyle in his Chevy Nova called “The Greyhound” taking out Jon Bundrant out of Hemet, CA.

Outlaw 8.5 vs Limited 275 presented by Vortech Supercharges and Bag of Donuts Racing had a great final round when newly returned to drag racing Travis Wallace in his nitrous fed Ford Mustang based out of Glendale, AZ took out Brian Parks out of Lancaster, CA.

Our newly re-structured Top Comp class presented by Speedwire Systems and SI Valves had Joe Glenwinkel out of Poway, CA as the last man standing in an exciting final round against Cody Webber out of Kingman, AZ who has come up in the ranks from first starting in Jr Dragsters.

After splitting up our Index classes this year, in B/Gas presented by RES – Race Engine Systems had Dak Spears out of Las Vegas, NV take the win over Mark Shaoff based out of Redlands, CA. Alta Loma, CA based Kevin Stokesberry became the C/Gas winner presented by JE Pistons in his beautiful ‘71 Chevelle over Kris Johnson from Lancaster, CA. In D/Gas presented by Hughes Performance, Bill Wallace took home the “W”. Last but not least in our newly brought back class of E/Gas presented by Dustin Lee Racing Engines, sponsor Dustin Lee did what he does best and took that win home to Antelope Acres, CA over Arizona native Kyle Holbrook.

All of us at WCHRA would like to say, THANK YOU to all of our great racers, marketing partners, fans, Al Tucci, Jimmy Bradshaw and certainly the Tucson Dragway staff! We couldn’t do it without each and every one of you! Watch our Facebook, Instagram and website for upcoming race information! “For racers, by racers.”