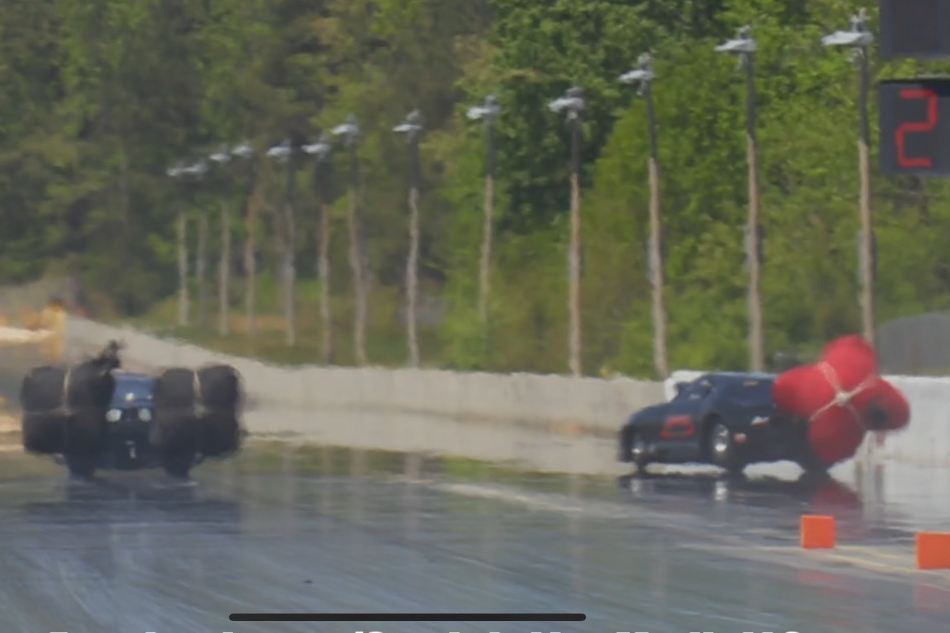 Right after releasing the parachutes to cap off a 3.552-second pass, Decker’s screw-blown Decker’s Salvage ’21 Camaro darted across the left lane, crossing right in front of Stevie “Fast” Jackson in the “Shadow 2.0” Camaro. Decker hit the retaining wall and kept riding against it before coming to a stop in the shutdown area. In this video from Kyle Christ at Straight Line Media, you can see Jackson jumping out of his car and hurrying over to help Decker get out of his car. Decker walked away from the incident without injuries.

After debuting the car late last year, Decker and tuner Todd Tutterow had the car running class-leading performances in Pro Mod and Radial vs. the World trim. Just last weekend, Decker qualified No. 1 and reached the final round at the Northeast Outlaw Pro Mod Association season opener at Maryland International Raceway in the car on big tires.