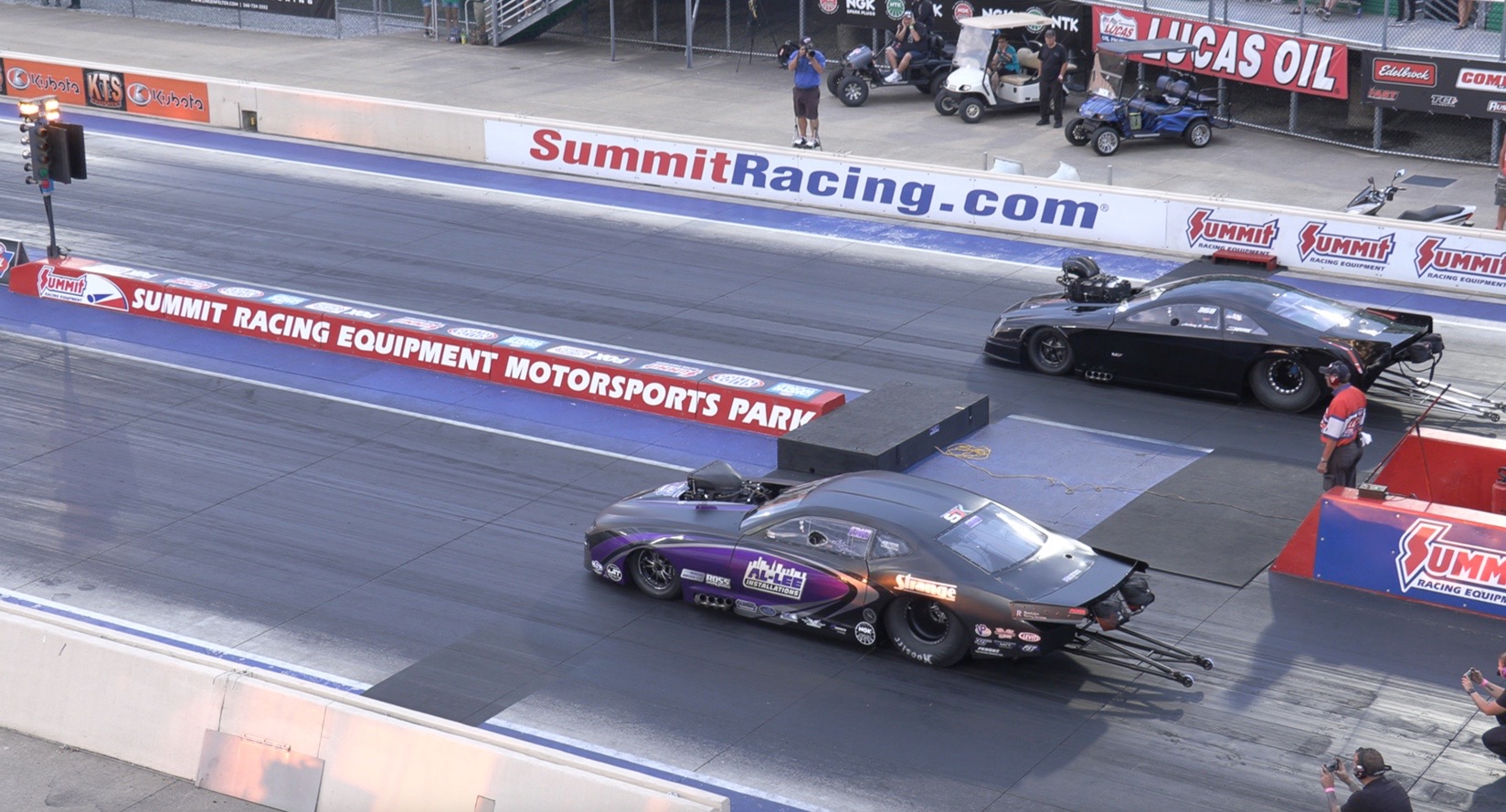 Some of the quickest Pro Mod teams in the Great Lakes region gathered at Summit Motorsports Park over the weekend for the first of four R&R Auto Body/DeCerbo Construction Rumble Wars Extreme 8 races at “America’s Racetrack.” The race-within-a-race was a part of the Cavalcade of Stars NHRA Division 3 race.

In this video from Straight Line Media, watch as Salemi works through the field in her Buffalo-based Camaro. After winning in a pedalfest over Slone in the opening round, Salemi fired off a pair of low 3.70s to defeat Dave Roemer and Anthony St. Bernard in the semis and final round, respectively.