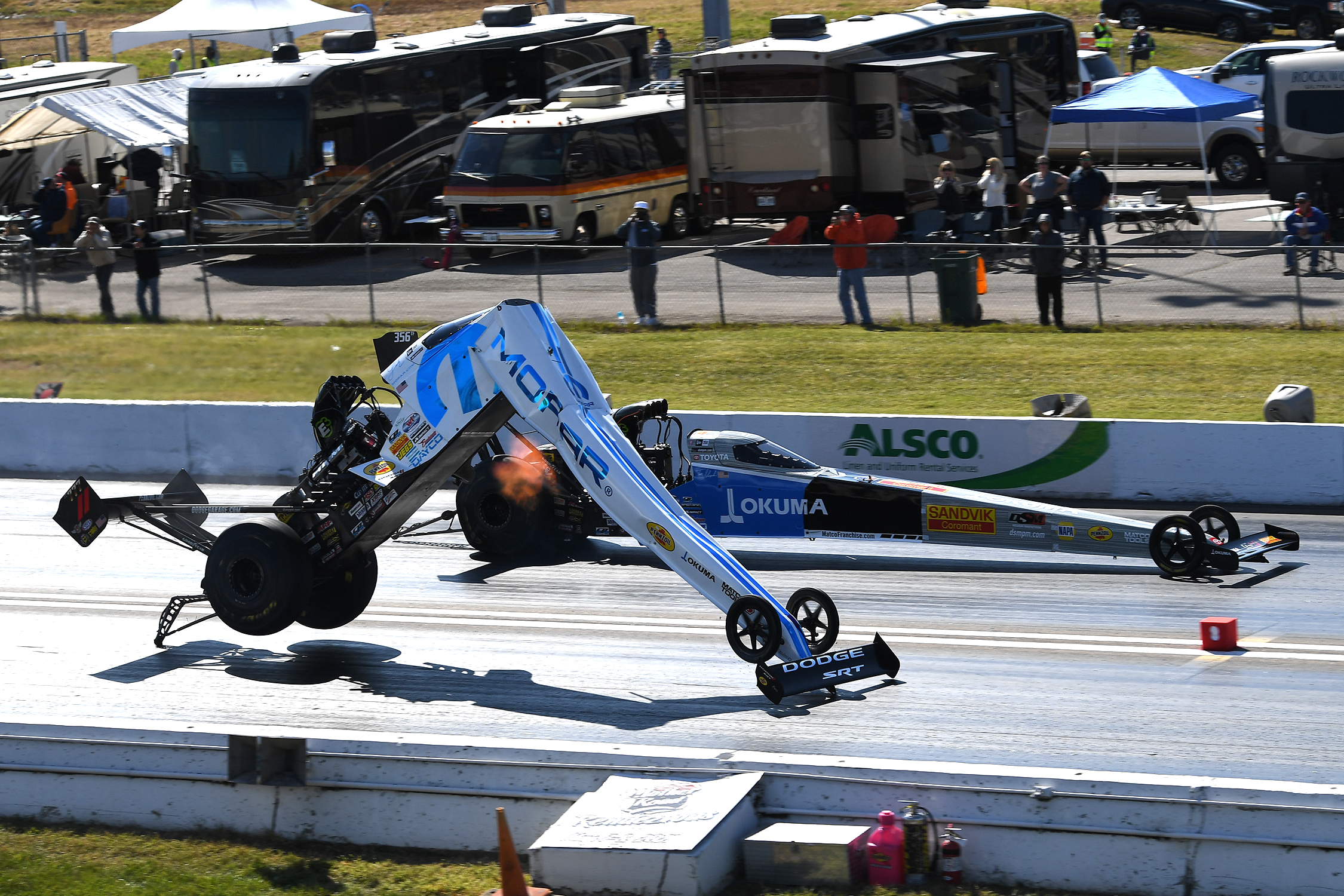 In the blink of an eye, a great run from Leah Pruett turned into one of the most unbelievable Top Fuel crashes in NHRA history.

The popular Pruett walked away from a massive high-altitude crash during the second round of eliminations at the NHRA event in St. Louis, going airborne after her dragster broke apart near half-track. Pruett went high in the air, sailing down the track before crashing down hard in the other lane.

Luckily, Pruett was out of the car quickly and immediately indicated to everyone watching that she was okay. Pruett later described the incident in an interview with Fox Sports 1 (FS1), noting how quickly things from good to almost unfathomable.

“All of a sudden, one (minute) I’m hauling ass, the next thing I know I’m sky high like I’m flying,” Pruett said. “I held on and I knew that this wasn’t going to be good.”

It definitely wasn’t good, but it could have been much worse. The capsule stayed intact like it was designed, even as the rest of the body broke off and went flying.

Luckily, Pruett came to a stop far quicker than Dixon did, but the initial shot into the air was no less horrifying. Just as amazingly, Pruett was out of the car almost immediately and able to walk around on her own power, no doubt in shock as to what took place.

“I hung on and slammed back down, and I’m so thankful for the Don Schumacher chassis, my entire crew, all the safety that’s been implemented in Top Fuel for me to be able to walk away,” Pruett said. “We’re definitely going to turn this thing around. This championship chase is not over, but it’s a little step back and we’ll catapult forward, I know that.”

Pruett received a huge show of support from drivers, teams and fans, and her mind quickly shifted to what’s next and that is still trying to compete for a Top Fuel championship.

Walking away and not being hurt was the immediate concern and Pruett praised everyone involved for giving her a safe race car. She’ll likely take some time to regroup, but Pruett’s resolve has always been impressive and she expects to be back in the seat in two weeks at the Texas Motorplex in Dallas.

She sits third in points with an outside shot to track down Steve Torrence and Doug Kalitta with three NHRA races remaining, but just having that opportunity speaks to the level of safety involved in the sport and on every Top Fuel dragster. That certainly wasn’t lost on Pruett, who remained thankful for all the safety processes that will allow her to return to 330-mph action quickly.

“That was the most intense round of competition I’ve ever had and the wildest ride I’ve ever had, that’s for sure,” Pruett said. “We’re still taking time to process and look at the parts and put a plan together for how to move forward. For me, my body is fine. My mind is fine. The DSR chassis and Impact safety equipment did everything it was supposed to. As a drag racer this is what we do. There’s a risk. I think the quicker you can get back on the track, the better.

“Let’s not ever do that again. I thank the Lord, my team, the chassis shop, Don (Schumacher), and everybody that helped. Not a great start to October and that was an early Halloween surprise. That’s for sure.”

2020 is a wild ride. Thank you everyone for all your love and concern. I’m grateful to say that I’m safe and very much okay after that round two rodeo. #MidwestNats @OfficialMOPAR @shoeracing @NHRA pic.twitter.com/GunnBbyyej