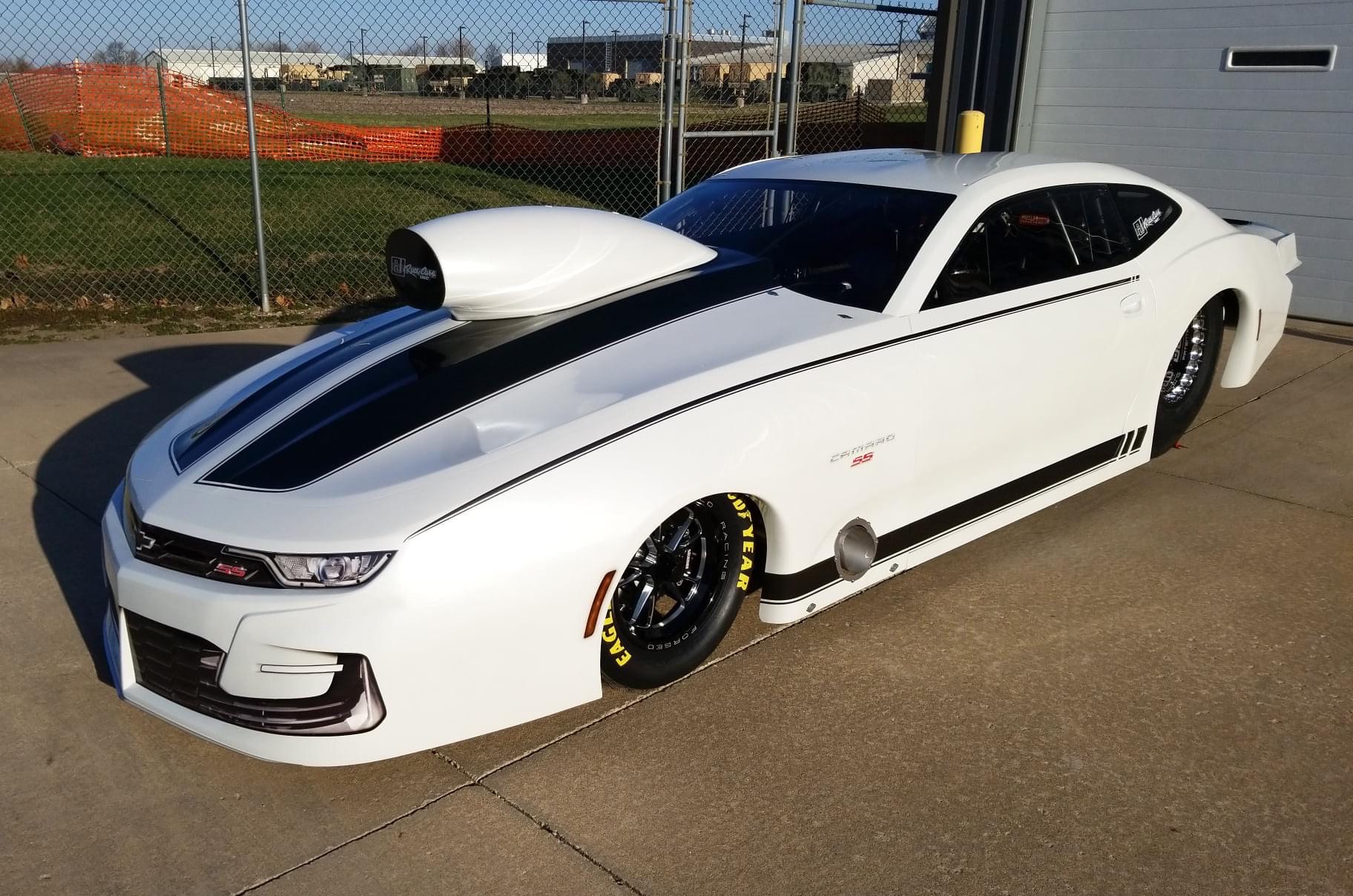 When Southern California’s Chris Newman decided he wanted to build a new car for NHRA Top Sportsman competition, he had a few different manufacturers to consider. After talking with Rick and Rickie Jones at RJ Race Cars, Newman and his father, Wayne, felt they found the right chassis builder. After taking delivery of their new ’21 Chevy Camaro recently, they knew they made the right call.

In this video from RJ Race Cars and Quarter-Max, Newman discusses his experience with the Jones family, as well as his plans for the car. He intends to run it in Top Sportsman competition primarily in NHRA’s Division 7, with occasional trips outside the father-son duo’s home division.

The clean pearl-white Camaro features RJ’s track-proven craftsmanship and was built using components from Quarter-Max and industry-leading manufacturers like WELD Racing wheels and Strange Engineering. If it runs as well as the other cars that have come off the chassis jigs at RJ, the Newmans are destined for success. RJ Race Cars is the chassis builder of choice for racers like NHRA Pro Stock champion Erica Enders, NHRA Pro Mod world champion Stevie “Fast” Jackson and PDRA Extreme Pro Stock star JR Carr.