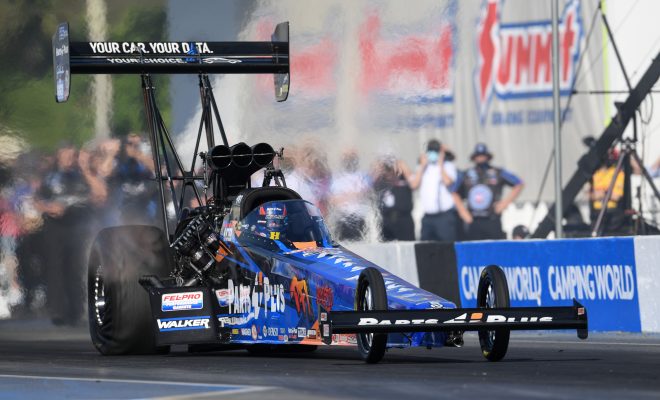 Who better than Clay Millican to walk YouTube viewers through the intricacies of an NHRA Top Fuel operation? The 1320Video team spent a weekend with Millican and his Parts Plus team at the NHRA Finals last fall, and the result is this new video showing the inner workings of a Top Fuel team.

At over 45 minutes long, it’s really a comprehensive look at everything that it takes to run one of these 11,000 horsepower monsters. Each crew member walks viewers through their respective roles and responsibilities on the car, explaining things like the costs of specific parts and how they work. Even the most experienced fans will likely learn something from this video.

As YouTube continues to explode as a place where people go to be informed and entertained, it’s exciting to see high-level productions focused on drag racing like this. The 1320Video guys are certainly pioneers in this area, and they’ve built an incredible following of not just diehard racers and fans, but also general automotive enthusiasts. Importantly, they have a pretty young fanbase. We can only hope that even just a few of nearly 100,000 viewers of this video will be inspired to get involved in the sport, be it as a spectator at their local track or even as a crew member on one of these teams.