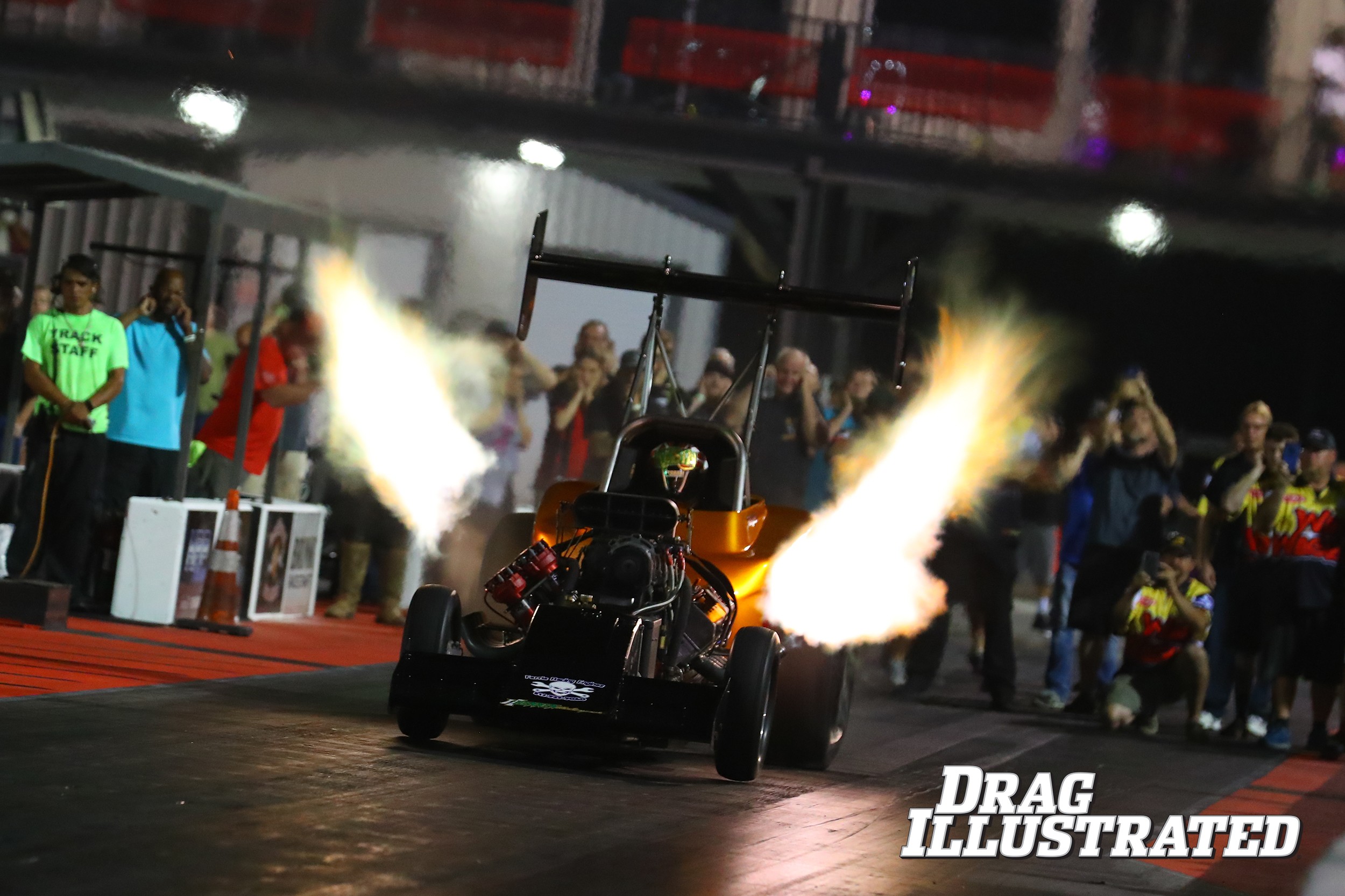 This just in from Springtown, Texas, and the home base of the “War Wagon” AA/Fuel Altered as the team announces their plans to shatter the longstanding quarter-mile AA/FA elapsed time and mile per hour records this March. The “War Wagon” made history in June of 2020 with the quickest recorded eighth-mile elapsed time in history for a AA/Fuel Altered at 3.447 in the final round of the Pro Mod vs. Fuel Altered Showdown at Xtreme Raceway Park. Riding that momentum, the Farris family with tuner David Kirkland have now set the eyes on the ultimate prize, becoming the quickest and fastest Fuel Altered in the world to the quarter-mile mark. Their goal: besting the current elapsed time record of 5.286 set by Joe Haas in 2013 and 286.07 mph record set by the late Ron Fassl in 2005.

The stage is set for this world record attempt at the inaugural Nitro Madness event at the Texas Motorplex in Ennis, Texas, on Friday and Saturday, March 26-27. This event is already history in the making as the wildly popular Funny Car Chaos and Outlaw Fuel Altered series will be showcased together in a double feature attraction for the first time ever. In a setting where so many performance records have been set in the sport of drag racing, the “War Wagon” team feel the Nitro Madness event at the Motorplex offers the perfect venue to make history.

“We built this car specifically to become the world’s quickest and fastest Fuel Altered,” says Shane Farris. “It has been a dream of ours for a long time. We have been working for many years to reach the point where we are confident in making an attempt to set the quarter-mile records. This event is the perfect opportunity for us to give it our best shot and with the tuning abilities of our crew chief David Kirkland and driving abilities of Kebin Kinsley, we are very excited to see the full potential of this car on a full pull.”

Former drag boat World Champion, U.S. Nationals Top Fuel finalist and multi-time Outlaw Fuel Altered event winner Kebin Kinsley will pilot the “War Wagon” in this world record attempt. Kinsley is no stranger to the cockpit of high horsepower drag racing machines and is equally excited about the opportunity to go down in the record books. The team plans to make attempts on both days of this two-day headline event.

The “War Wagon” team would like to thank David Kirkland at DKR Racing, Roger Hennen of Hennen Motorsports, Dan Cobb Drywall, Icon Pistons and American Equipment and Fabrication Corp. for their support of their upcoming 2021 racing season. Race fans, this is one weekend of drag racing you’ll certainly want to experience in person! We’ll see you March 26 and 27 at the inaugural Nitro Madness at the Texas Motorplex!