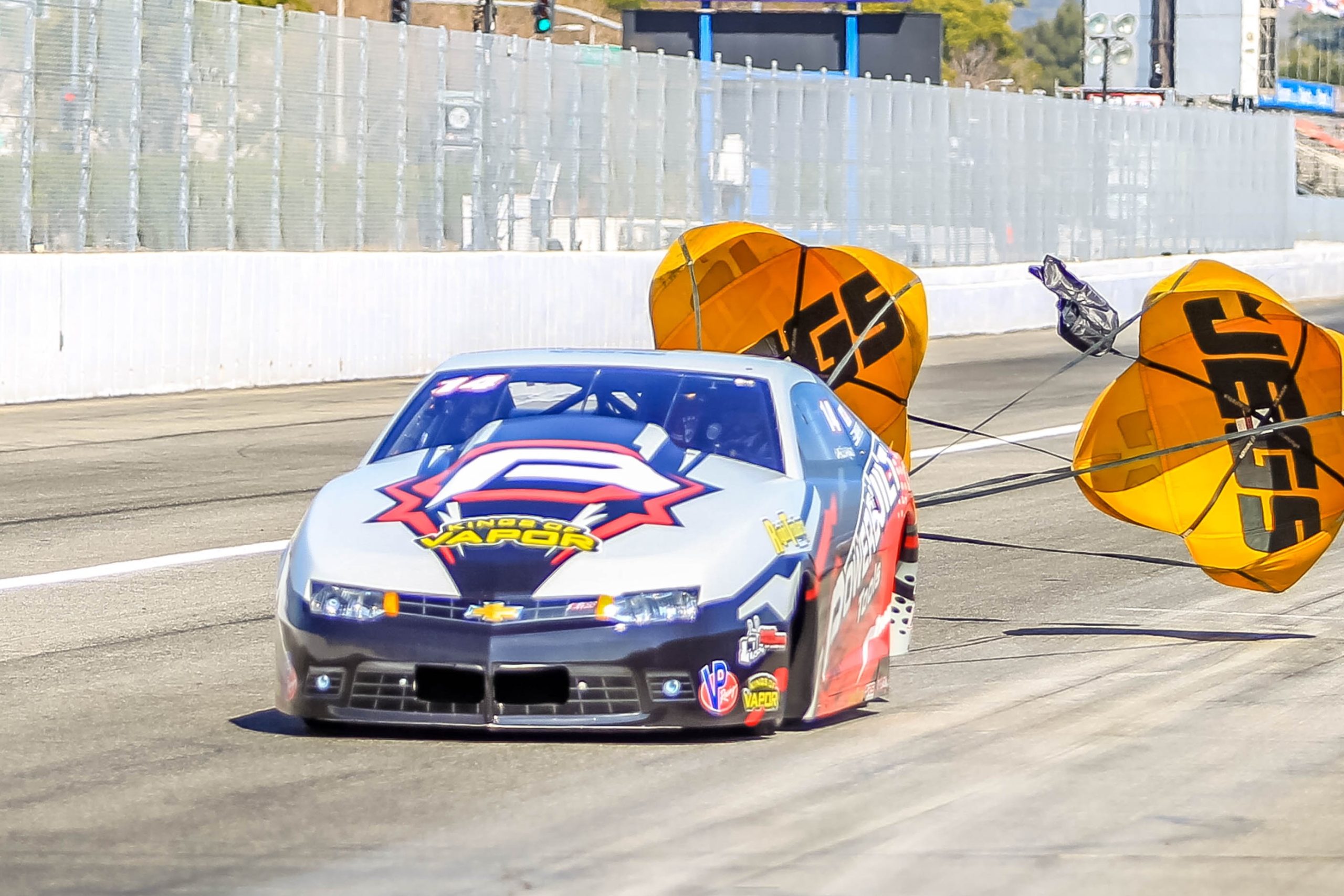 VP Racing Fuels, Inc., regarded worldwide as the leader in racing and performance fuel, announced two debuts at the NHRA Winternationals in Pamona, CA. VP sponsored driver Camrie Caruso and her team made their debut in NHRA Pro Stock, and VP’s racing motor oil made its NHRA debut in Camrie’s engine.

“We are excited to have Camrie Caruso and her team running on VP Racing Motor Oils’ 0 wt. oil” said Freddie Turza, Technical Manager at VP Racing Fuels. “Camrie and team had a terrific first outing at the NHRA Winternationals, qualifying in the top half of the ultra competitive Pro Stock field! For 45+ years, VP has been at the forefront of race fuel development, and now our lubricant division has established a new standard in developing performance lubricants. Working with Championship engine builders like Mike Smith and Steve Johns sets us apart from other lubricant companies.”

“We made so many positive strides at the Winternationals I could not be more excited for this season,” said Camrie Caruso. “We qualified in the top half of the field, and we made improvements every run with our Powerbuilt Tools Chevrolet Camaro. We’re in the Top Ten headed to the Arizona Nationals, and our goal is to move up even higher. Having VP Performance Lubricants join our team is a huge step forward. The benefit our team gets on and off the track from VP is tremendous, and I am excited to be representing them in 2022,” added Caruso.

Pro Stock is a class of drag racing featuring “factory hot rods.” The class is often described as “all motor,” due to the cars not using any form of forced induction such as turbocharging or supercharging, or other enhancements, like nitrous oxide, along with regulations governing the modifications allowed to the engines and the types of bodies used.

“We ask these Titan Racing Engines to do so much in a short time on the track having the right lubricant is critical. VP Performance Lubricants give us the confidence to know we can throw everything into the engine and get the maximum power out of them. We saw how well it performed at the Winternationals when we made three great runs in qualifying that really set us up well for race day,” said Mike Smith, Titan Racing Engines.

“Not only am I so amazingly proud of Camrie, being her father, but I’m also equally as proud of the team my father and I somehow miraculously assembled in a little over 60 days from purchase to being on track,” said Marc Caruso. “They have worked so hard to make sure we had all the right pieces and power to come out and be a competitive operation.

“I’m extremely optimistic about our future in NHRA Pro Stock. However, I’m equally realistic about how hard it will be, and that’s why we have partnered with a company like VP to have the edge over the competition. Freddie and everyone at VP have worked very hard to make sure we only have the best lubricants available to make us a force to be reckoned with!” added Marc Caruso.