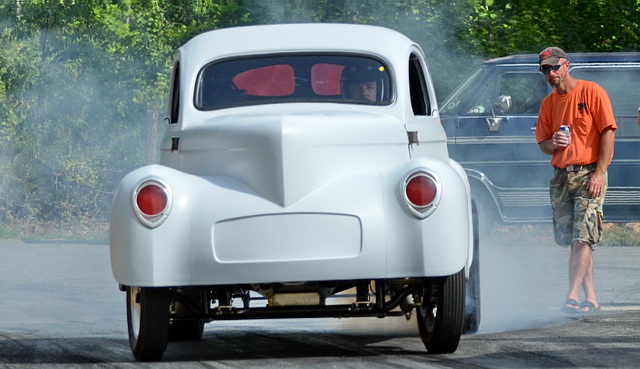 In the current (June 2012) issue of Drag Illustrated we brought you the story of ADRL Pro Extreme star Quain Stott’s efforts to recreate a well-remembered ’41 Willys gasser from his youth. We also showed in a photo gallery on the Web site, the car’s first pass (above) down a drag strip last month during the Geargoyles Car Club’s Steel in Motion show at Shady Side Dragway.

The Willys was powered by a hastily installed, carbureted small-block Chevy (SBC) engine for its Shady Side debut, but Stott recently completed and fired up its intended powerplant, complete with vintage Hilborn mechanical fuel injection.

Turn up the volume and enjoy the motor’s first song in its new concert hall: