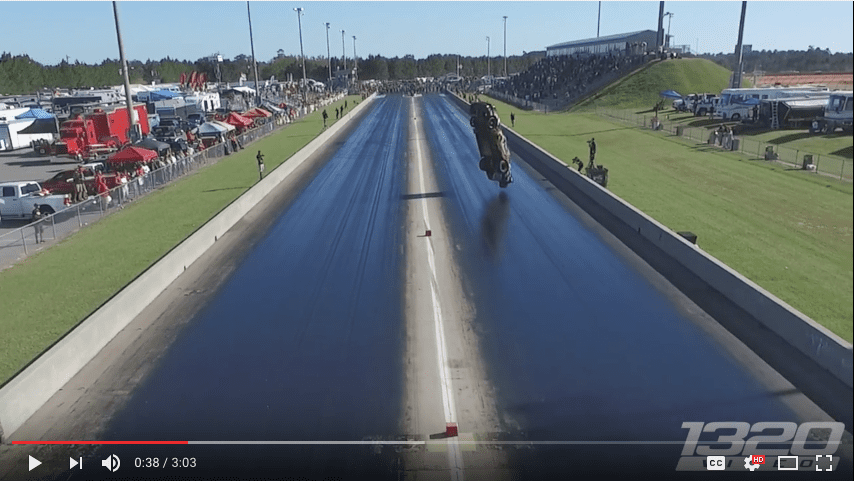 Stevie Jackson, amongst drag racing’s most celebrated personalities and talented drivers, went on a wild ride Sunday during the elimination rounds of No Mercy 7 at South Georgia Motorsports Park when “The Shadow”, the infamous grudge-racing Mustang he wheels for owner Phil Shuler, went into a power wheel stand just beyond the 60-foot marker. Jackson pedaled the throttle trying to keep the front end down, but the nose continued climbing as the car crossed half-track, eventually went skyward and sent the car flying through the air. Fortunately, Jackson was able to exit the car under his own power after it came to rest on its roof and quickly became engulfed in flames. While a little worse for wear, Jackson emerged without serious injury.