NHRA Pro Mod drivers Brandon Pesz and Dustin Nesloney both escaped injury following a terrifying crash when both cars collided during the final qualifying sessions of the NHRA Gatornationals on Saturday in Gainesville.

Both Pesz and Nesloney were trying to jump in the qualifying field and needed a strong run under the lights to move into the top 16. With temperatures cooling after the sun went down, several drivers before them made strong runs, as Pesz was bumped out of the field in his blown PJS Racing Camaro.

He was aggressive off the starting line but drifted toward the left-lane wall. Pesz stayed in it and tried to get back in the groove, but got loose and darted hard into Nesloney’s lane, smashing into the wall and the front end of Nesloney’s Camaro. Nesloney went into the wall from the collision, and Pesz’s Camaro flipped onto his top as both cars erupted into flames.

With Pesz’s car skidding on its top, Nelsoney’s car pushed it down the track and both cars slid well past the finish line. They went back into the left-hand lane, touching that wall as sparks flew before the cars came to a rest in a shocking scene. Pesz’s car went up in flames again as the NHRA safety team arrived, putting out the fire and helping get both drivers out of the car.

It was a harrowing few moments considering just how devastating the crash look, but Pesz and Nesloney both exited their cars under their own power. Each escaped injury and Pesz instantly put the blame on himself in an interview just minutes after the crash.

“Well, that was a complete demonstration of how to drive like an idiot, (and) take out two badass hot rods. I got out of the groove and I just got done telling Jeff (Jones) if you get by the wall to lift, and I did totally the opposite of what I told him to do,” Pesz said. 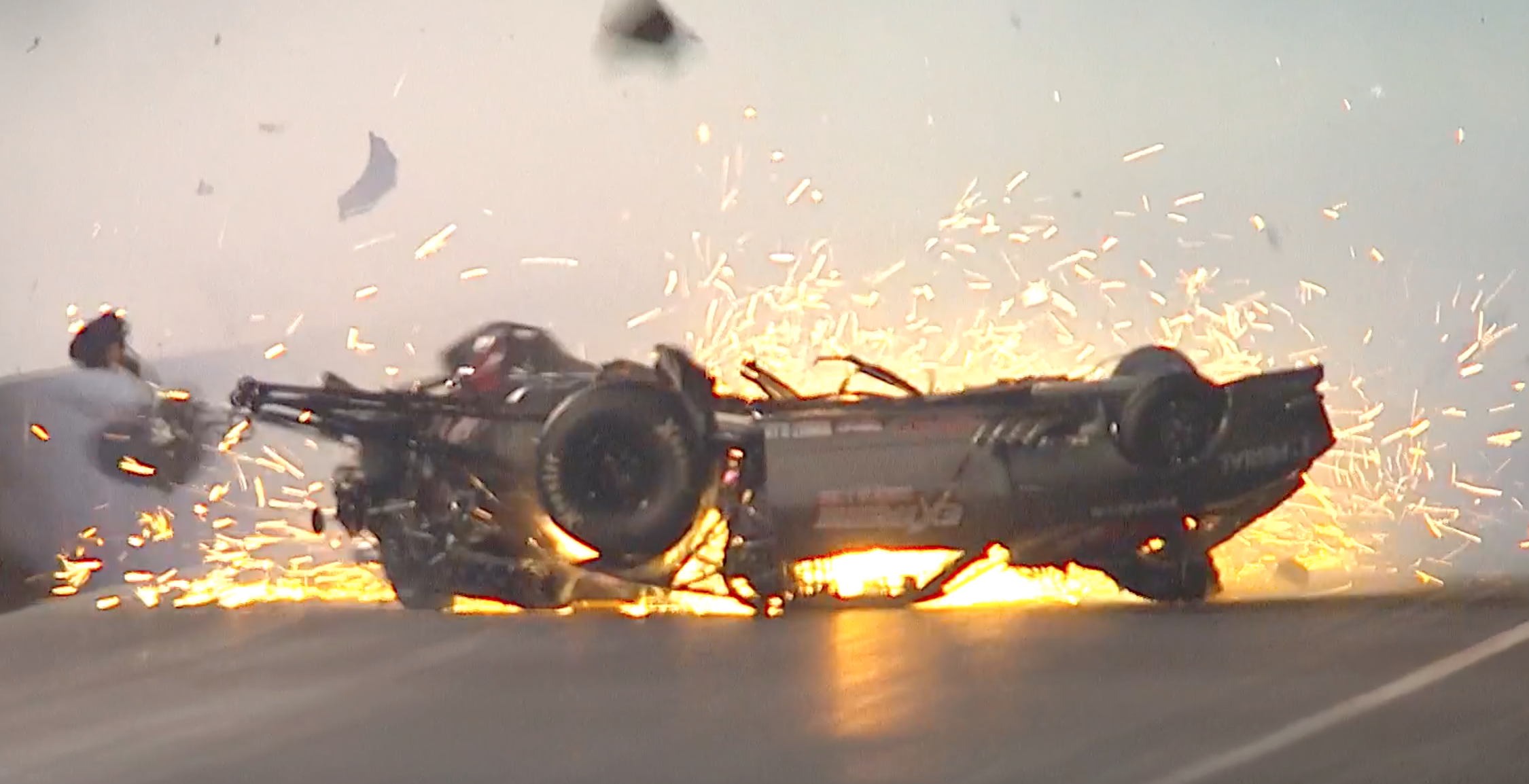 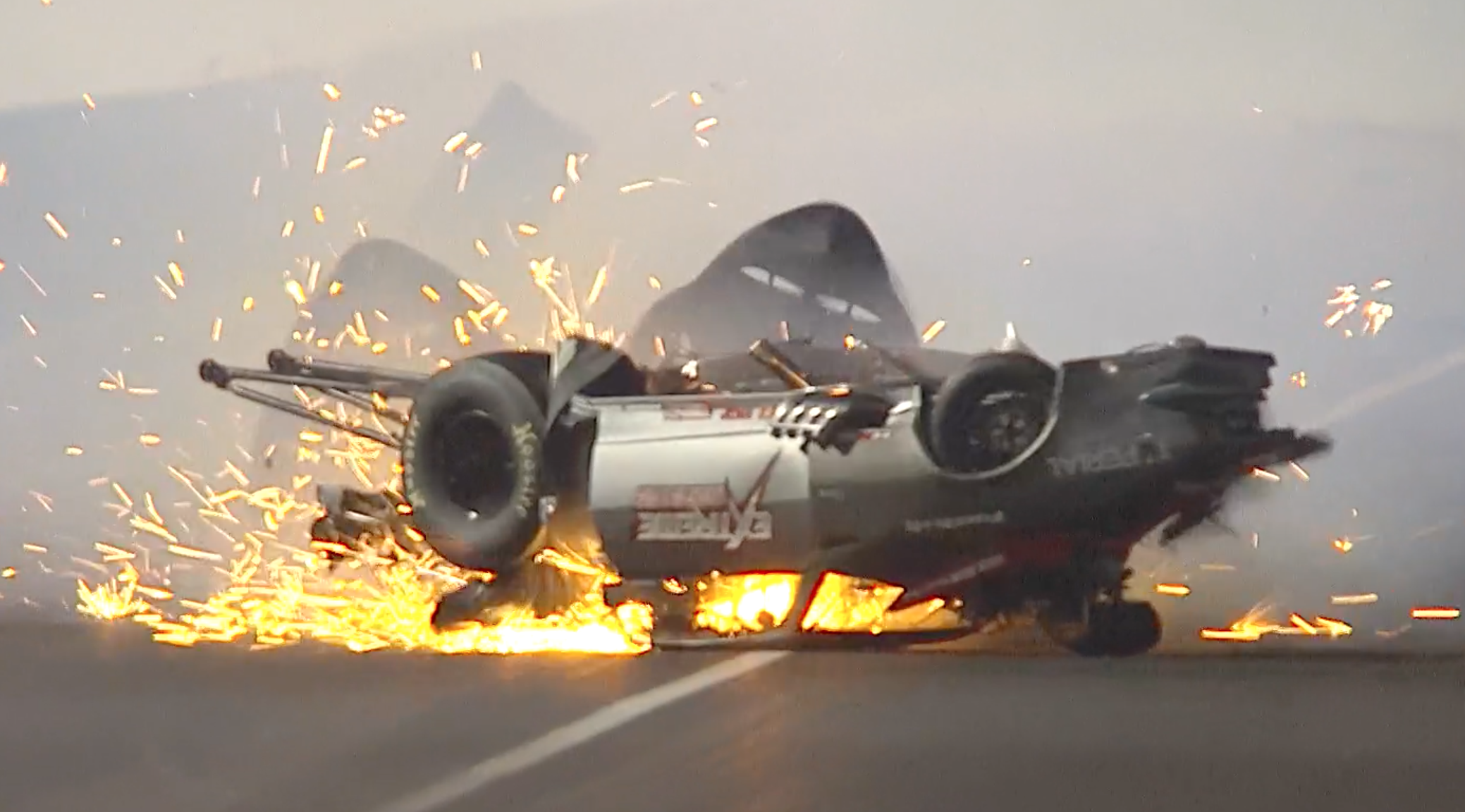