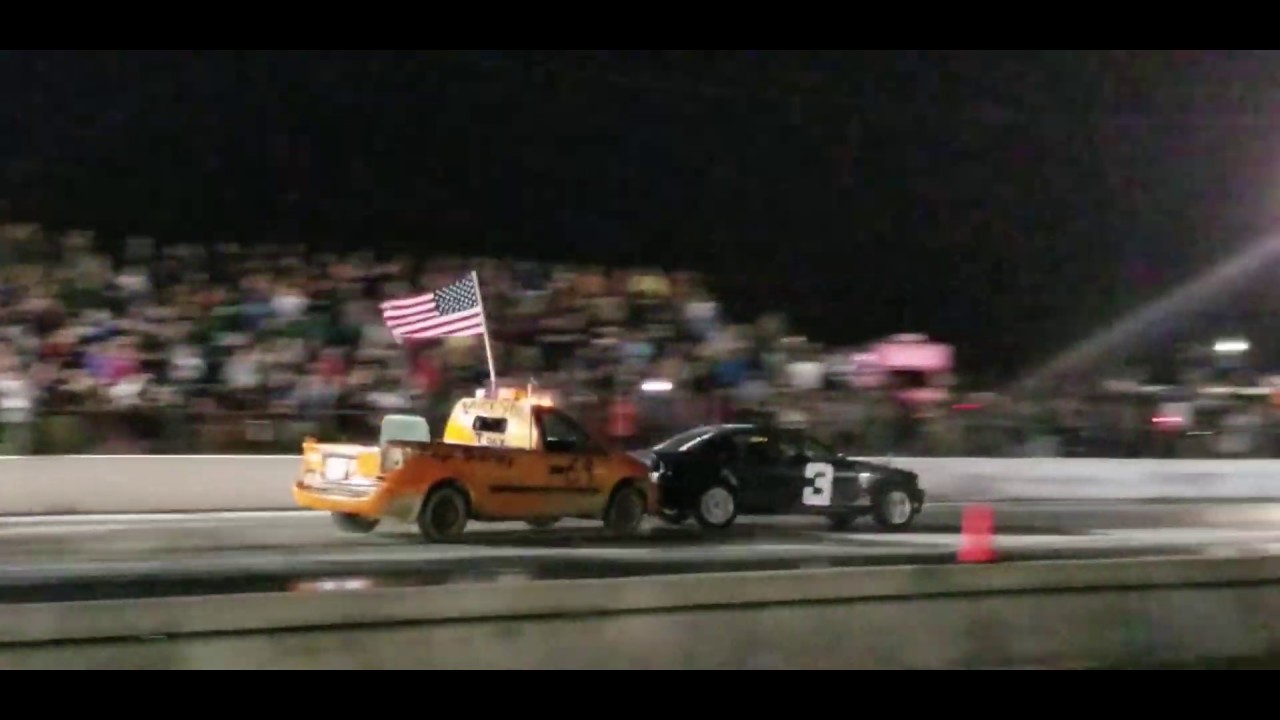 We don’t know about you, but we’re still trying to wrap our heads around the notion of Garrett Mitchell – aka “Cleetus McFarland” – and Bradenton Motorsports Park’s merging of a drag race and a demo derby. In this moment, however, when drag racing action is at a minimum (read: non-existent), we’re willing to take whatever we can get.

This video from YouTube is actually from 2019, but we’re just now stumbling across it.

We won’t pretend to fully understand the ins-and-outs of demolition drag racing, but after watching the video its fairly apparent that some sort of contact is required before passing the first orange cone on the track. Admittedly, the first few pairs are a bit of a yawner, but once they get four or more cars on the track it gets pretty brutal and funny to watch.

Honestly, we were all pretty shocked here at DRAG ILLUSTRATED to see so many “decent” vehicles participating. That red SN95 Mustang that hung around till the end didn’t seem like it was in too bad of shape. Now that it’s thoroughly trashed, though, I’m sure it’ll be turned into a purpose-built drag car in no time.

Long story short… I’m not sure demolition drag racing has any real staying power (maybe?), but I’ll take it. I’m glad to see young people at the drag strip having fun. Am I going to build a demo drag car? Nah. However, I’d probably drive someone else’s and participate if tossed the keys.

The key take away from this and the above paragraph is PEOPLE HAVING FUN AT THE DRAG STRIP. That’s something that drag racing facilities, sanctions and series seem to have a hard time making a priority. There really aren’t that many professional drag racers, friends – we have to make having fun a key objective at events of all shapes and sizes (even you, NHRA). Cleetus and company clearly get it.