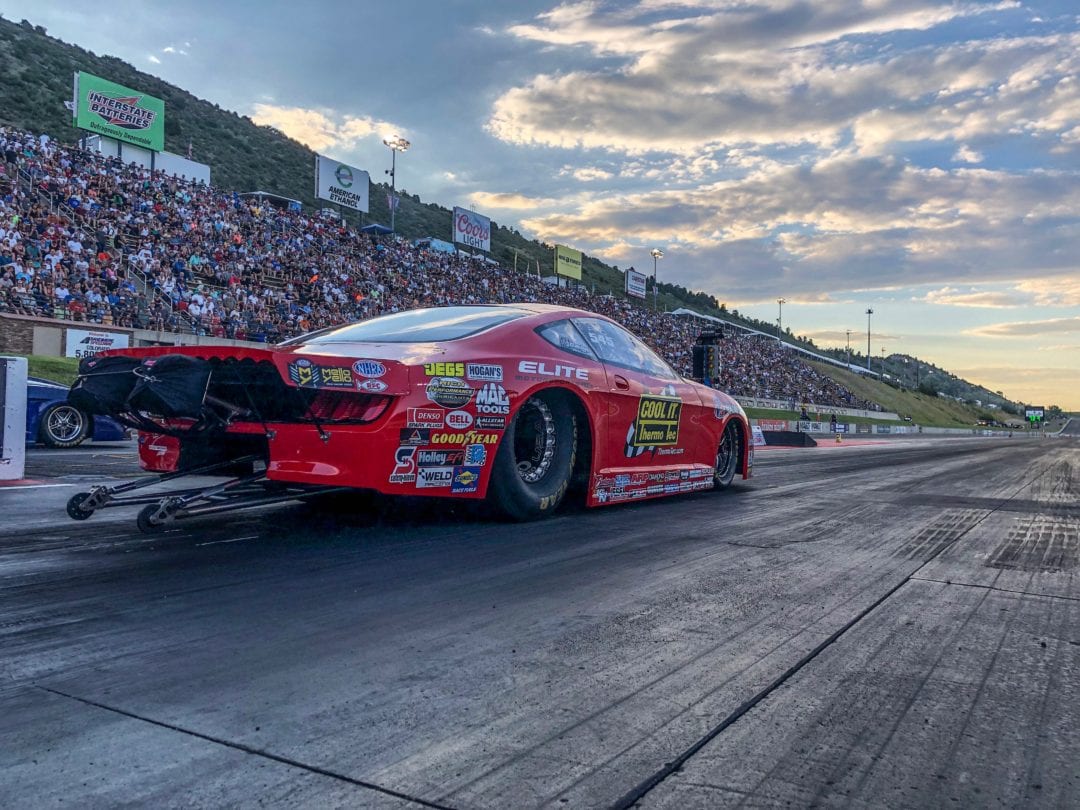 For a professional debut, Steve Matusek marked off nearly every box of what an ideal first weekend could look like.

Racing for the first time in NHRA Pro Stock, Matusek qualified fifth with a 6.956 at 197.65 mph in the Elite Motorsports Ford Mustang during last weekend’s Mile-High NHRA Nationals in Denver. And despite a first-round loss to three-time world champion Jason Line, there were nothing but positives coming out of Bandimere Speedway for the veteran.

“It was almost a picture-perfect weekend,” Matusek said. “We intended to go rounds and we had a good cars, but that’s okay. There were a lot of positives to build on. My comfort level in the car, the team, the power they’ve made in the car, how competitive we were, and how under control and comfortable I was, every aspect of it was a positive experience for me.” 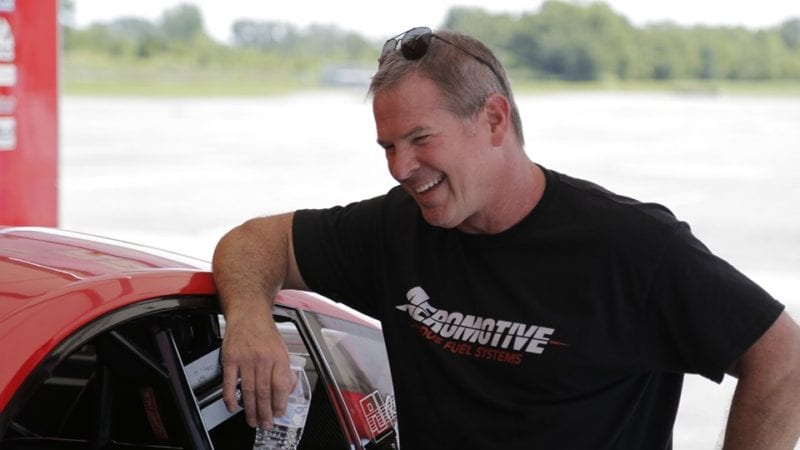 Working with sponsors Thermo-Tec and VP Racing Fuel for the entire three-race NHRA Western Swing, Matusek looked like a natural behind the Pro Stock wheel in Denver.

Despite the vast challenges of racing at an altitude of nearly 6,000 feet, Matusek handled it well, showcasing his driving prowess and confidence in the standout car the Elite Motorsports team has delivered.

The Aeromotive founder was strong on the starting line during qualifying and eliminations as well, going .002 in the first-round matchup against Line before tire shake ended his weekend.

“It’s one of the hardest places to race and a tall challenge, and I think we passed,” Matusek said. “I felt all the tools were there and I was confident I could do the job in the seat.”

Still, it was just Matusek’s second time in the car after getting his Pro Stock license during a test session at Tulsa the week before the Western Swing debut in Denver.

But it all came together quickly for Matusek, who has made his name as one of the top drivers in the Pro Mod world. With the way he performed on Thunder Mountain, Matusek appears to be just as comfortable in the ultra-competitive Pro Stock class as well.

“We’re not just here to satisfy something on our bucket list. We didn’t just show up to try it out. We’re here to make some noise,” Matusek said. “It started off to be a dream weekend and though it didn’t end that way, I really wouldn’t change one thing.”

Matusek’s wife, Lori, joined him in Denver for the debut race, another important factor in this new Pro Stock venture. With first-time trips to Sonoma Raceway and Pacific Raceways in Seattle coming in the next two weeks, Matusek is eager to see what he can accomplish to finish the Western Swing.

Thermo-Tec will be in Sonoma as well, and Matusek excited to give them a totally new experience. From an Aeromotive perspective, going to Sonoma will also have a big impact.

“Denver has been a magical place for me,” Matusek said. “With the success my daughters have had there in Jr. Dragster and to have my wife with me last weekend, it was great to experience that together and fun to check those boxes.