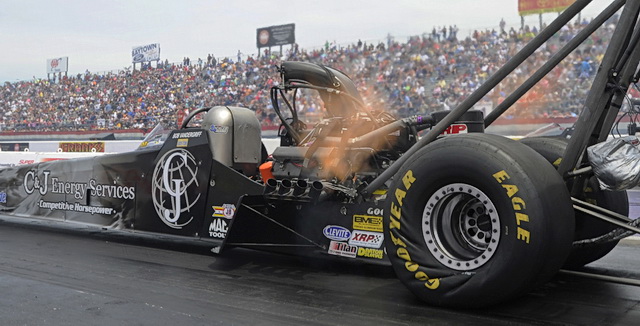 When the NHRA Mello Yello Drag Racing Series visits Atlanta Dragway in Commerce, GA, May 3-5, for the Summit Racing Equipment NHRA Southern Nationals, Bob Vandergriff Jr. will be racing at a track less than an hour from his house.

Vandergriff won the SpringNationals in Baytown, TX, just last weekend and the resident of Alpharetta, a suburb north of  Atlanta, will be looking for his fourth career Top Fuel victory with many of his friends and family in the stands rooting him on. 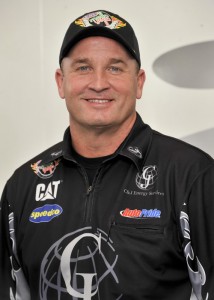 “Between the employees for all of our family companies and friends from the golf course and people we do business with it’s usually about 100 people in the stands,” Vandergriff said.

Having the extra support at the track is something that Vandergriff looks forward to, but with it comes responsibilities that he doesn’t have at other events.

For the 2013 season Vandergriff expanded his Bob Vandergriff Racing Top Fuel team expanded to a two-car operation. Clay Millican and his Parts Plus dragster joined the team and brings years of experience and knowledge to the group. Millican has seen success this season as he raced to a final-round appearance at Gainesville.