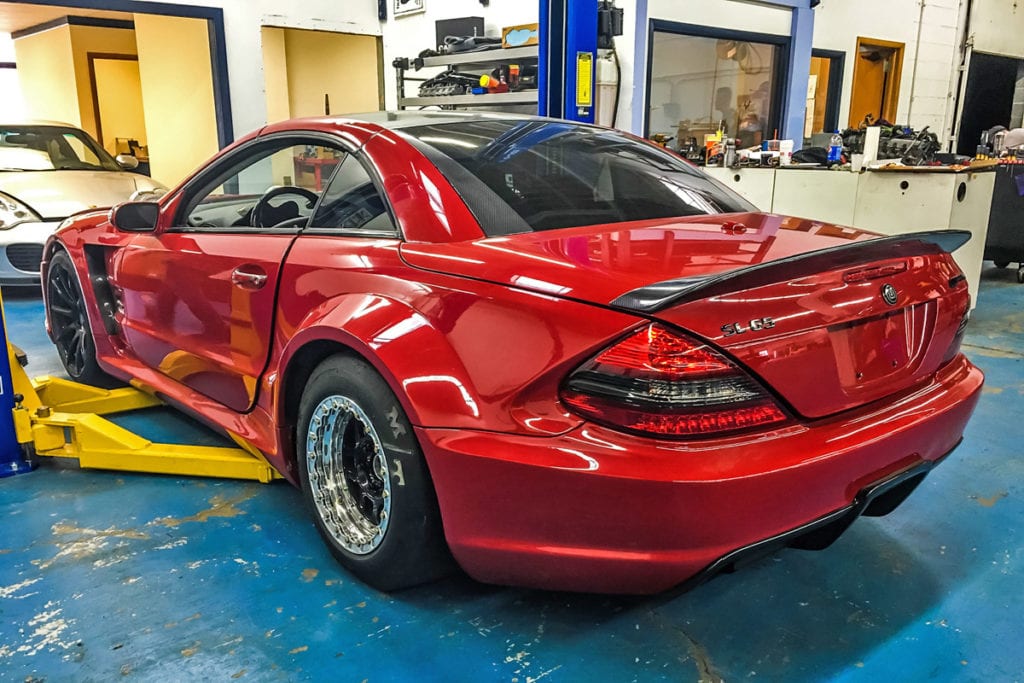 The guys at SpeeDriven, Inc. recently sent us an update on one of their latest projects, this ridiculous Mercedes-Benz SL600. For more details and photos of the build, check out the progress here.

Last summer, Phil’s Mars-red, wide-body SL600 became the first V12 Mercedes-Benz to break into the 9s- but just barely, with a 9.97 second nitrous-assisted pass. It was an exciting run, but Phil is a Mercedes-Benz superfan, and he wanted more – and sent the car back home to Speedriven with very simple instructions: build the fastest-ever Mercedes-Benz.

We highlighted the ambitious goals Phil had for his “Red Dragon” back in October, and laid out a plan of attack that included upgrades to the car’s engine, driveline, suspension, and more. And, since then, Speedriven has been quietly plugging away at the car, developing all-new products like a bespoke coilover suspension, a 9″ rear end conversion, and a first-of-its-kind, fully integrated standalone ECU along the way.