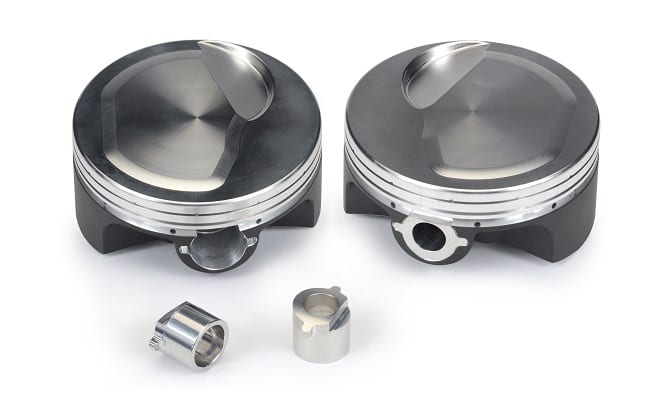 The advent of the piston button and its subsequent popularity came about because of the convenience it offers. Changing pistons with buttons not only reduces the time taken to replace pistons at the race track but also ends the frustration of fiddling about with round wire locks or the double spiral types.

“Some years ago when we were developing the original concept,” says Gibtec Piston’s Robbie Giebas, “the button seemed to offer a further advantage. Where the piston pin bore breaks into the oil control ring groove, we thought the button would prevent the expander in the oil control ring from distorting around the half-moon opening, a deficiency particularly prevalent in power adder race engines.”

Though partially true, they later discovered the original button could, in fact, damage the oil control ring by pushing upward or rotating against it or a combination of both.

Now Gibtec Pistons has redesigned the button with a radial locking mechanism and has filed a comprehensive patent to protect the design.