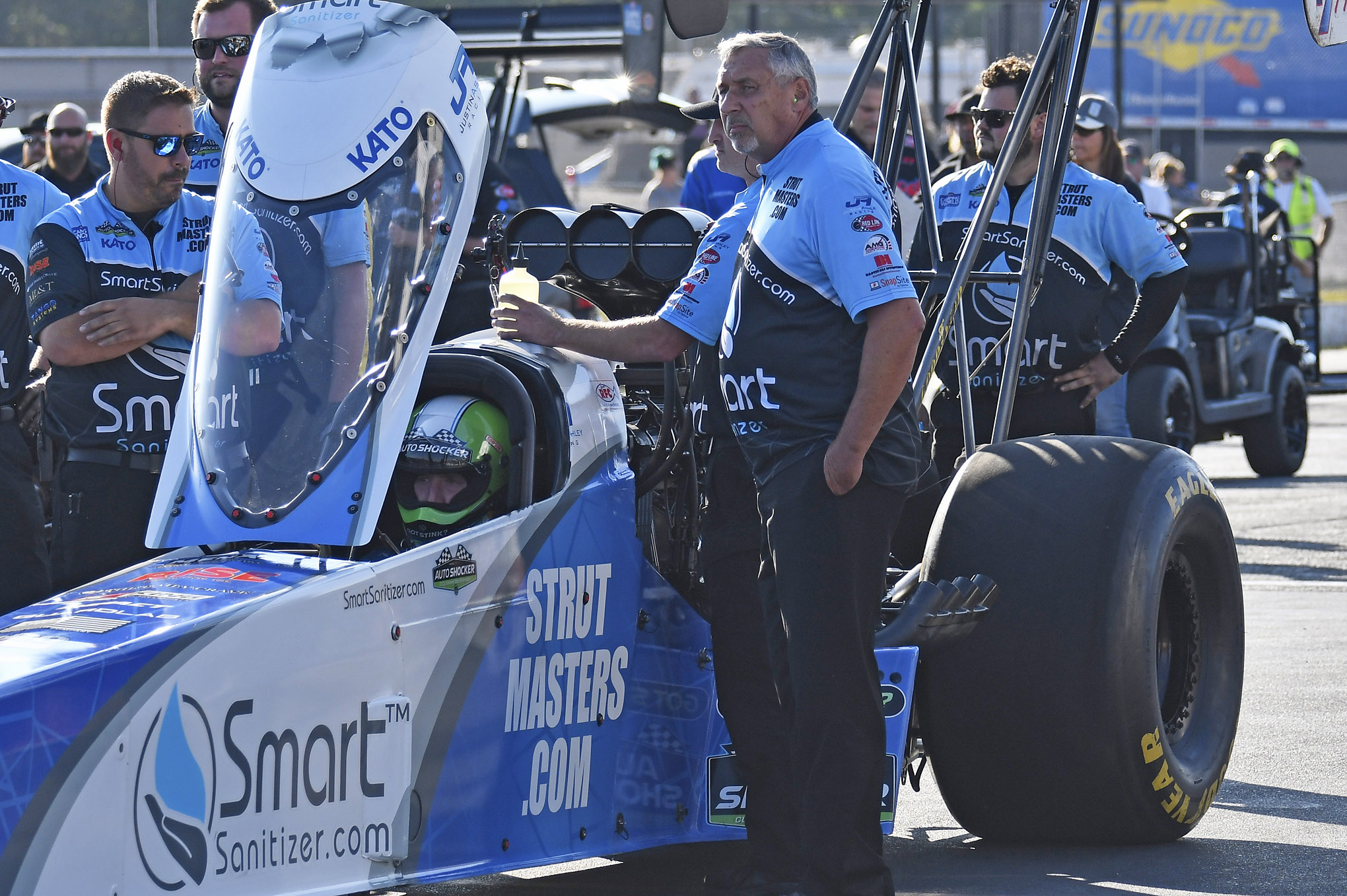 Davis Motorsports announced today world championship-winning crew chief Mike Green will return to the team for the 2022 NHRA Camping World Drag Racing Series season. The Smart Sanitizer Top Fuel Dragster powered by Vita C-Shot will once again be driven by 2020 Summernationals winner Justin Ashley. Currently, Ashley and the Davis Motorsports Top Fuel team are battling for the 2021 NHRA Top Fuel championship with four races remaining in the Countdown. The team is sitting fifth in the point standings, less than a round out of third place.

“From my standpoint I wanted a shot at working with Mike Green for a long time,” said team owner Dustin Davis. “He is an elite crew chief. There is nothing he hasn’t done in this sport. I can’t say enough about Mike. There is an expectation level that comes with him that is so refreshing. We started talking early this season as things really started to get rolling about what we needed to do to keep him here next season. He was very upfront about everything. We were able to get it done. My No. 1 priority over everything was keeping him here.”

From Green’s perspective the combination of team leadership and a strong up and coming driver was a key ingredient for his continued success with Davis Motorsports. Throughout his career Green has worked with some of the best run organizations and with top drivers.

“I am really excited to continue racing with Dustin Davis and Davis Motorsports,” said Green. “As we have gotten to know each other better, I have really come to enjoy working for Dustin and with Justin Ashley. Justin is obviously, statistically, one of the best ones out there. It has been fun watching him learn. I am looking forward to what we can do at the end of this year and next year.”

Finally, the move should continue the positive development of 2020 NHRA Rookie of the Year Ashley. The young driver continues to lead the Top Fuel class in reaction time and is developing strong driving skills with every win light on Sundays.

“Mike has been an invaluable piece of our program. He put his stamp on this team and the results are evident. It is a privilege working with a man of his character and success,” said Ashley, in advance of the 36th annual Texas NHRA Fall Nationals at the Texas Motorplex. “We are ready to attack these last four races of the season to the win the World Championship. I am looking forward to finishing this season strong and a great 2022 season with Mike and Dustin Davis leading the way.”