A little more than twenty years ago, high-school auto shop teacher Carl Munroe faced a problem. The transmission in his Super Gas car, a GM Powerglide, was broken. He had built engines, differentials and transformed wrecked cars into everyday drivers, but he had never tackled a broken automatic transmission. With more time and know-how than money, he dove into it.

Carl discovered that the Powerglide was really very simple and could be rebuilt easily with a little determination and forethought. He wrote down his notes and ideas and wondered if anyone would care to read them. Carl took out a small advertisement and was soon inspired to write a complete, comprehensive manual on the Powerglide transmission and all of its finer workings. Carl wrote the Powerglide rebuilder’s manual that has become the go-to text for sportsmen and professional rebuilders. In 2003, Carl wrote the definitive manual on the rugged Chrysler A-727 which filled a gap in transmission rebuilding and modification literature.
Thus began TSR Racing Products. 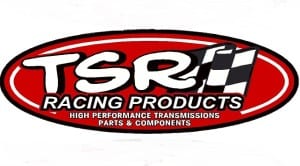 Starting out as a part-time venture, TSR Racing Products has grown into a drag racing scene staple. They supply countless sportsman drag racers, classic cars enthusiasts and mud racers with the parts, pieces, information and know-how to repair, rebuild and improve their automatic transmissions. While primarily focused on the Powerglide automatic, TSR Racing Products has expanded their parts inventory to include the GM TH-350, TH-400, 700-R4, Chrysler A-904, A-727 and Ford C-4,5 and 6 transmissions as well as a new adventure, New Process transfer cases.

In addition to complete, race or street ready transmissions, TSR Racing Products also deals in hard parts such as clutches, steels, bands, gaskets, pans and input shafts. An in-house innovation TSR is most proud of is DIY transmission brake kits (pro-tree & full-tree) which include all of the pieces and instructions to alter a valve body for drag racing applications.