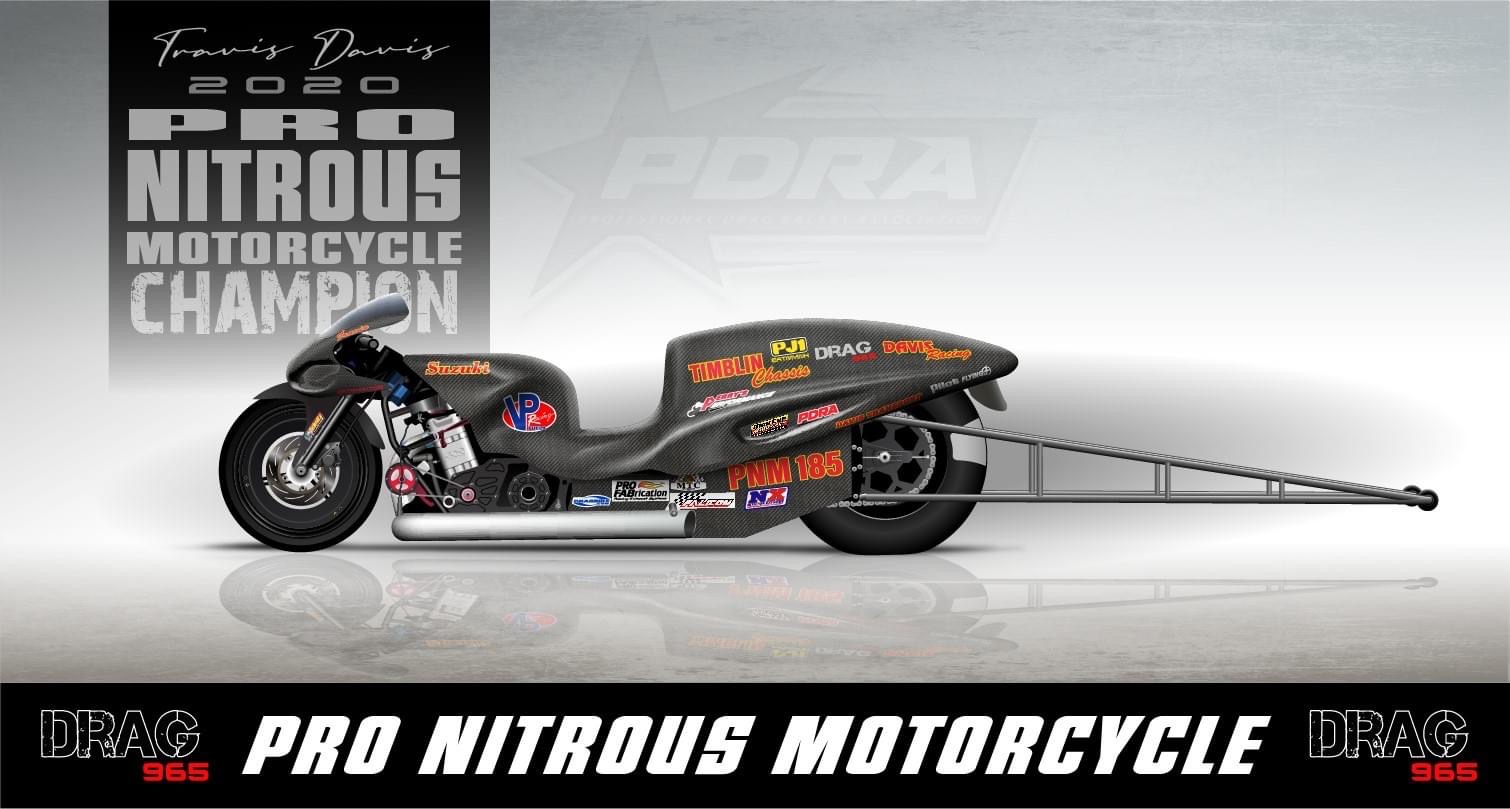 It was an unusual year for the PDRA’s Drag 965 Pro Nitrous Motorcycle class, with short fields at most races and an entire race taken off the schedule. But what wasn’t out of the ordinary was Travis Davis putting on a clinic, winning his third world championship in four years.

“When you’re cut back like that, you just have to make every round count and win the race or make the final round and keep going,” Davis says of racing with less rounds and one less race.

Aboard his Timblin Chassis-built Hayabusa, Davis collected victories at the first two races of the year. When class veteran T.T. Jones passed away just days before the Proline Racing Mid-Atlantic Showdown presented by Frederick Line-X in Virginia, the class collectively decided to sit out the race in his memory.

Drag bike icon Paul Gast defeated Davis in the final round of the Summer Shootout presented by Callies Performance, Davis’ only on-track loss of the season. He won the DragWars presented by Modern Racing final round over Ashley Owens, locking up his second consecutive world championship in the process.

“We done so good early in the season that I stretched the points lead out,” Davis says. “I already had the championship locked up before we went to the last race, whereas in previous years it came down to within a round at the World Finals.”

Davis also shared runner-up honors with Chris Garner-Jones at the Proline Racing Brian Olson Memorial World Finals, as the final round wasn’t completed before rain and humidity led to the cancellation of the remaining rounds. 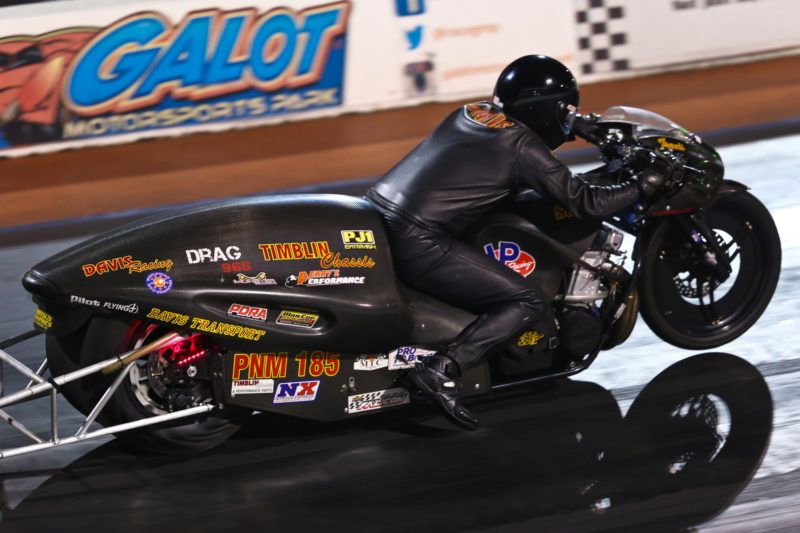 On top of the PDRA title, Davis also won the XDA Pro Extreme championship with his turbocharged, methanol-burning bike. The two series schedules meshed perfectly by the time pandemic-related schedule changes and cancellations shook out, allowing Davis to chase and secure both titles.

“There again, we were only racing for a championship in three races,” Davis says. “I won two of them and went out second round at the last one. The two different combinations are totally different, but I have a lot of knowledge with turbo stuff. That’s what I did prior to the nitrous program. Two totally different rides, two totally different tuning aspects.”

“We’re planning on running the six races and just coming right off the trailer where we left off,” Davis says.