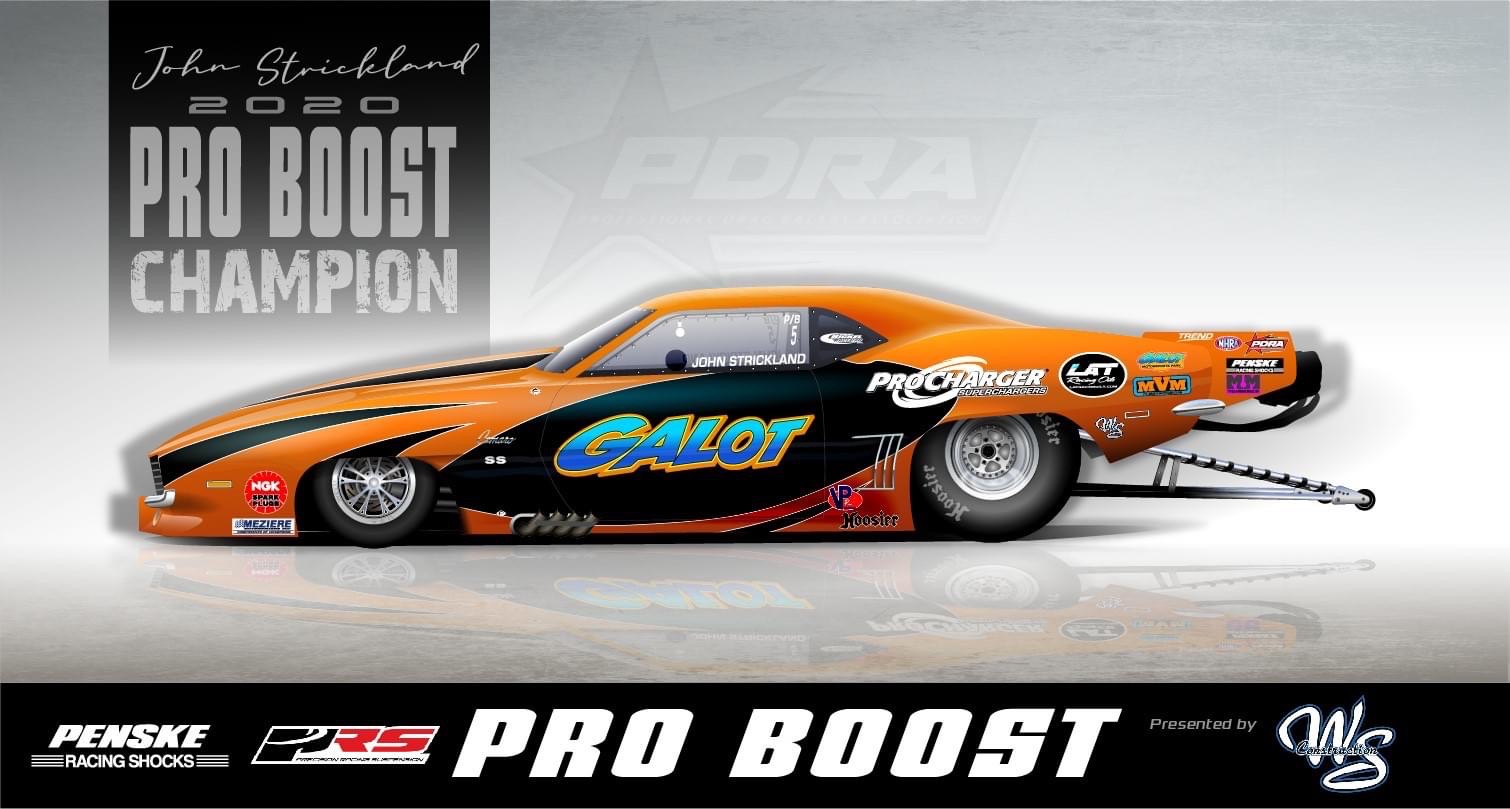 John Strickland has had a championship-caliber car ever since he burst onto the PDRA Pro Boost scene in 2015 as a part of the GALOT Motorsports team.

He finished second in points behind teammate Kevin Rivenbark in 2016 when the duo ran a pair of roots-blown entries tuned by Todd Tutterow. But his busy schedule as a championship tractor puller forced him to miss at least one race each season, preventing him from contending for the championship.

That changed this year when the tractor pulling world essentially came to a dead stop. Finally, Strickland would have a fair shot at a Penske/PRS Pro Boost presented by WS Construction championship to go with his four consecutive National Tractor Pulling Association Super Stock Open titles.

Strickland came out swinging, following up a runner-up finish at the season-opening East Coast Nationals at GALOT Motorsports Park with a “full pull” win at the Carolina Showdown at Darlington Dragway. A red light in the semifinals at the Mid-Atlantic Showdown in Virginia kept Strickland from his third consecutive final round.

“Well, obviously the win was the highlight of the season,” Strickland says. “As good as we were doing, I felt like I had a really good chance at winning the third race if I hadn’t given it away with a red light. The whole season, the car performed really well and the team’s performed really good. It’s just been a good season for us.”

Semifinal finishes at DragWars and the World Finals added to Strickland’s points total, allowing him to clinch the championship by just under one round over former Pro Nitrous world champion Jason Harris. He also qualified No. 1 twice in 2020.

Strickland is now the third driver to win a PDRA Pro Boost title for team owners Earl and Peggy Wells. Tutterow won the inaugural title in 2014, then Rivenbark won it in 2016 and 2019.

“Mr. Wells has done a really good job of putting us in situations where we have some of the best equipment and the best people with us,” Strickland says. “It started early on with Todd and those guys with the roots, then when we went to the ProChargers with Proline.”

The championship also gave ProCharger its second consecutive PDRA Pro Boost title. The three legal power adders in the class – roots blowers, turbochargers and centrifugal superchargers – are tied with two championships each. A fourth option, screw superchargers, will join the mix in 2021.

“We couldn’t ask for a better group of guys to work with,” Strickland says of the ProCharger team. “They’re constantly improving. ProCharger stepped up and they’re improving their product all the time and giving us what we need to be successful.”

“Just being affiliated with and working with people like that gives you the drive and the momentum to want to be successful and do as good as you can as a driver so the team can continue to succeed,” Strickland adds.